The carry meta is going through some notable changes.

It is rare that the carry meta changes to a surprising degree. The popular heroes continue their reign for quite some time before a major overhaul. Last meta saw Wraith King, Faceless Void and some other heroes rule the safe lane. However, recent changes to heroes in the 7.30 patch has shuffled quite a few of them. Let’s look at the current best ones in the meta.

Sven is a popular choice in the current meta. Although he did not receive major buffs in the 7.30 patch, the hero seems to do great. With his natural farming ability, Sven doesn’t take much time in getting the required items to be active around the map. His laning stage is decent, but if Sven feels pressured, he can always focus on the jungle farm to get items. The hero also makes Silver Edge in the current patch as it is one of the most ridiculously buffed items in the game and enables Sven to fight enemy heroes he otherwise would have struggled to reach.

It’s important to take jungle stacks as Sven to increase gold quickly. Sven should keep farming in patterns where he can clear lanes fast and come back to the jungle and do it in a cycle. It’s also important to keep in mind that he has low mobility around the map so players should rotate and take fights wisely. Slark received a series of buffs in patch 7.30 so much so that the developers had to nerf him in the balancing update of 7.30b. Regardless of the changes, Slark seems like a powerful carry now. It has close to 53% win rate on Dotabuff and excels against most of the popular offlaners like Omniknight and Lycan. The hero also takes advantage of popular items like Silver Edge and has a decent mid-late game potential.

Slark’s game depends on his laning phase, so it is vital to understand matchups before approaching the lane. A good start will definitely help the hero control the game better. As Slark lacks an innate way to farm, taking good fights or picking off heroes is a great way to get a grip in the game. 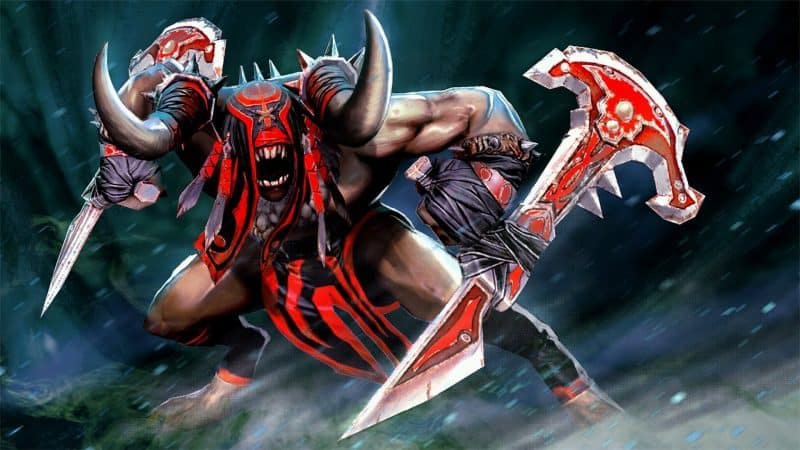 Bloodseeker has also emerged as one of the best carries in the game. He received some decent buffs in the 7.30 update, which helped improve his win rate. Although the hero doesn’t scale well in the ultra late game, he is great in the early to mid game timings. The hero also counters popular heroes like Slark, Lycan and Pangolier. Bloodseeker’s talent tree is also very good and syncs well with his ability-set. Although it is difficult to guide on itemization of the hero, meta items on him include Blade Mail, Sange and Yasha and Black King Bar.

Bloodseeker has a strong laning phase thanks to his good starting stats. It is important to dominate the game early on with this hero because it falls off in the late game against hard carry heroes.