‘Into the Breach’, from the Makers of ‘FTL’, Finally Coming to Mobile as Part of Netflix Games

FTL has long been considered one of those “perfect fit” type games for the iPad ever since first arriving on Apple’s tablet device almost a decade ago. For that reason many people (myself included) figured that their follow-up Into the Breach would be a shoo-in for releasing on iOS. Well, Into the Breach launched on desktop more than 4 years ago and… no iOS version has been released yet. That is about to change, however, and in a way that I certainly wasn’t expecting, and I’m sure many of you weren’t either. Netflix has just announced that Into the Breach will be coming to iOS and Android devices exclusively for Netflix subscribers as part of their ever-growing gaming initiative. 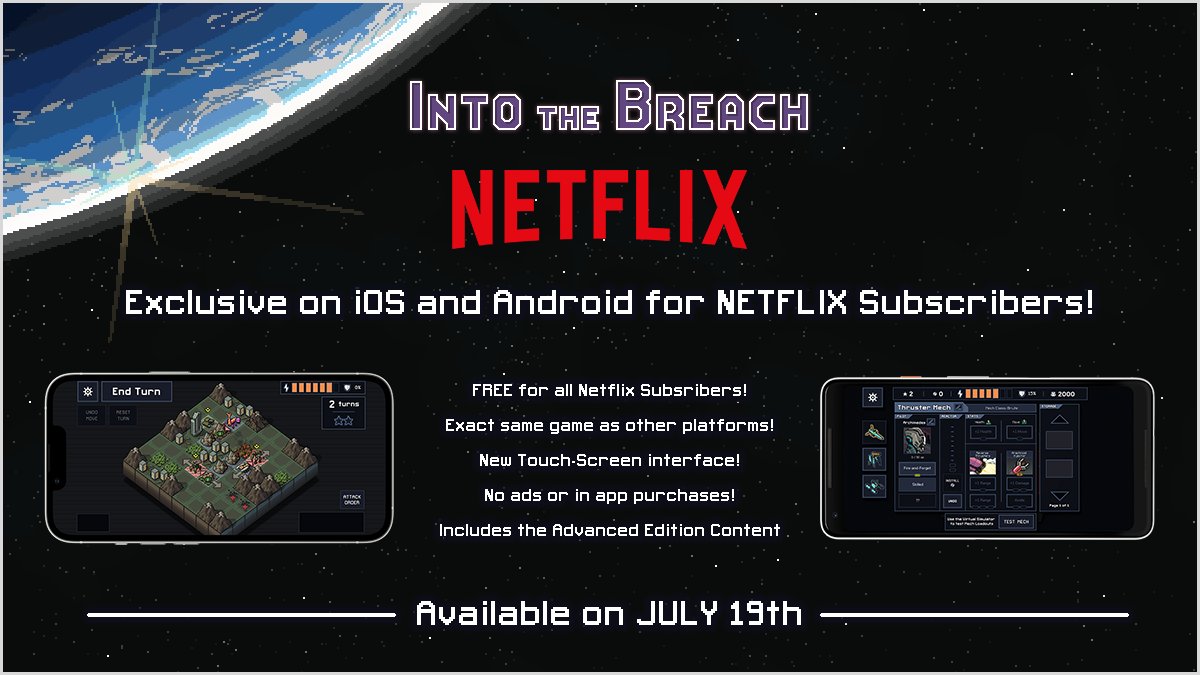 This comes just a couple of weeks after the Netflix Geeked Week virtual event where they announced a whole slew of games that will also be coming to the service, including noteworthy titles like Spiritfarer, Kentucky Route Zero, and Reigns: Three Kingdoms. Oh, and let’s not forget that Ojiro Fumoto, the creator of all-time classic Downwell, released his new game Poinpy via Netflix which we awarded 5 stars in our review and chose as our Game of the Week. So yeah, how about that Netflix Games thing, eh? Look for Into the Breach to launch on mobile devices next month on July 19th.