Netflix's The Witcher Anime, Nightmare Of The Wolf, Drops New Trailer And Keyart

Netflix’s The Witcher: Nightmare of the Wolf is a self-proclaimed anime that serves as a prequel to the Witcher tales we know and love. Move over, Geralt of Rivia; it’s Vesemir’s time to shine and shine he does with the newest trailer to drop alongside a brand new poster.

First up is the latest trailer where we see Vesemir approach a building that fans of this fantasy franchise will recognize:

Shortly after the trailer was released, Netflix also showcased a new poster with Vesemir front and center: 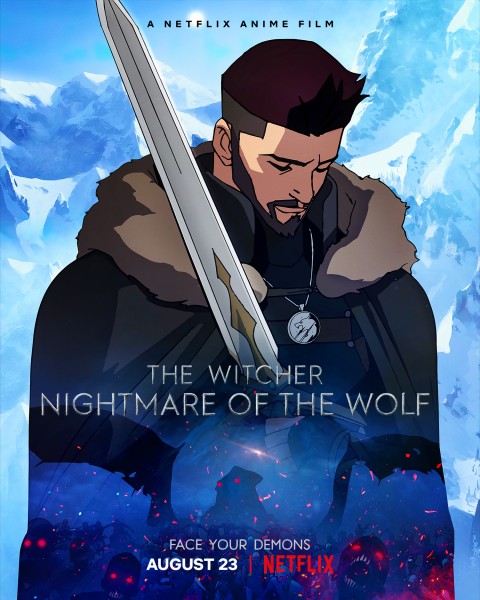 For those interested in the casting choices for the upcoming prequel:

The anime is a prequel that dives into Vesemir’s history. He’s an older veteran to the witcher order and a father figure to Geralt of Rivia. According to Netflix, the official description states: “Long before mentoring Geralt, Vesemir begins his own journey as a witcher after the mysterious Deglan claims him through the Law of Surprise.”

Lauren S. Hissrich, the current showrunner of the live-action The Witcher series, is at the helm as showrunner and co-executive producer on Nightmare of the Wolf. She is joined by Kwang Han (The Boondocks, The Last Airbender) as the anime’s director. Writing the new series is Beau DeMayo, rounding out the creative team.

The anime take will be dropping on Netflix sooner than you might think. The Witcher: Nightmare of the Wolf arrives on August 23, 2021, exclusively on the streaming platform.