In August of 2019, after psyching myself up by watching clips from Office Space, I quit my web development job of ten years to focus full time on game development at Reclamation Games, the small studio I started with my wife, Vanessa.  She is a talented musician and composer, and I had experience on small hobbyist gaming projects, a background in computer science, and had spent the last two years learning about Unity, game programming, 3D modelling, and animation. It was not veteran industry expertise – we tracked down people to help with that later – but it was a start.

I had a prototype of a 2D action-exploration game where the story was interwoven with the non-linear exploration and progression, but we had reached a point in development where finishing it would require a massive increase in time commitment.  I had to either walk away from it or go all in by quitting my day job and focusing entirely on creating the game I had always wanted to play. So I did.

Almost two years later, I am excited to reveal Reina & Jericho is coming to PlayStation 5. Let me tell you more about it.

Reina, the main protagonist, is a resourceful and scrappy young woman with a chip on her shoulder earned from a life of hardship. She lacks all but the most basic knowledge of what is happening and what she has gotten herself into, and she is completely unequipped to overcome the obstacles in her path – two problems she will have to solve on the go.

For Reina’s design we had the good fortune of working with Leandro Franci, a fantastic illustrator with a knack for the stylized aesthetic we wanted to achieve, and Dan Eder, a master of stylized 3D modelling who was able to bring Leandro’s sketches to life. Reina’s scars tell of her difficult life and her simple clothes speak to her working-class status.

Around her neck rests a powerful artifact called the Regret Device which allows her to revisit the recent past armed with knowledge and items she has gained along the way – an imperfect form of time travel that makes events play out slightly differently each time she uses it.

A key hallmark of the 2D action-exploration genre is backtracking: the player will see a locked door or other obstacle blocking off exploration to some area, and later they will find the key to surmounting it and come back later to explore. In Reina & Jericho we wanted to push this idea further in two ways: 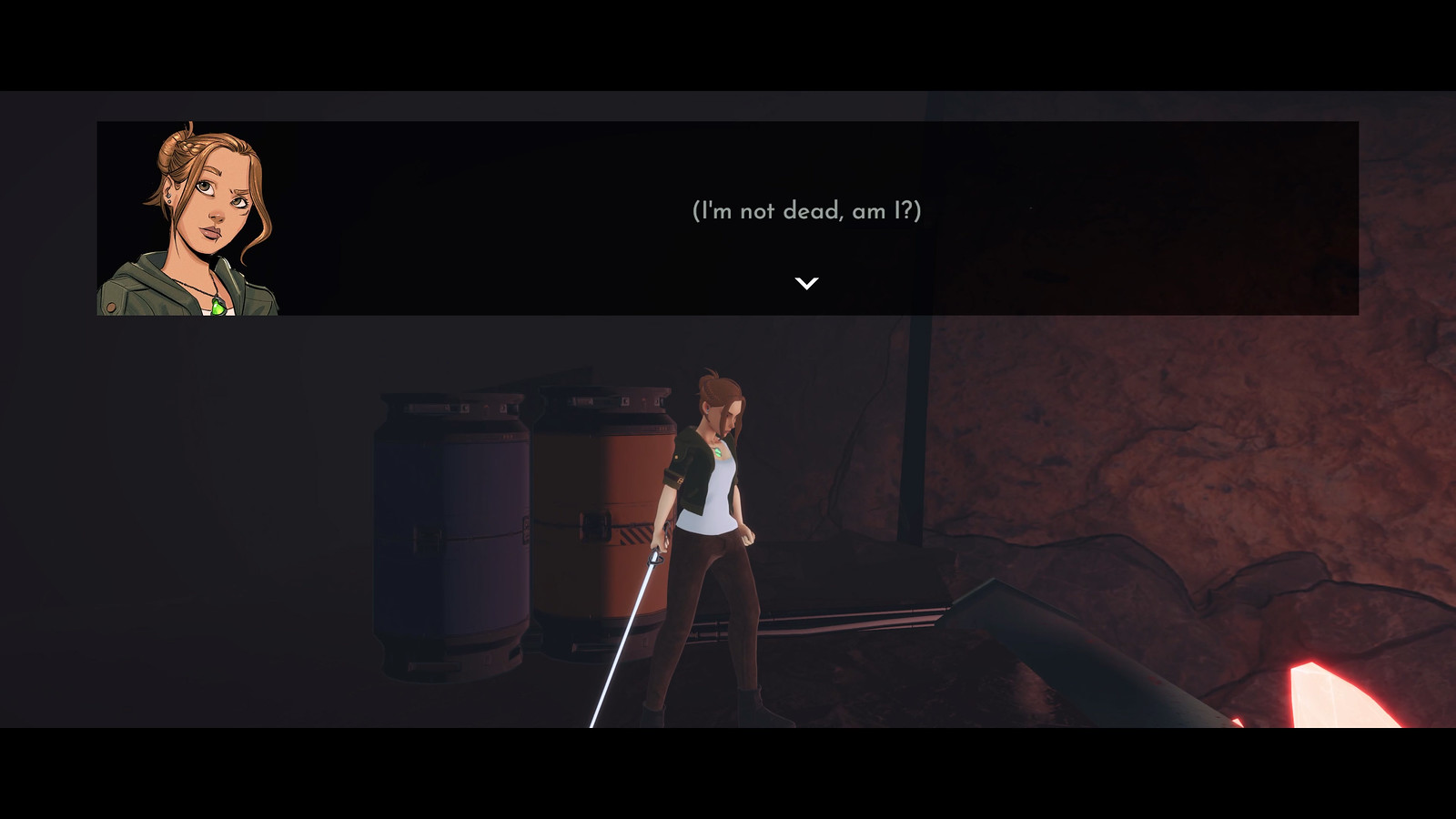 The Regret Device allows Reina to quick travel to previous game locations, but also undoes all the events that have taken place after that moment.  Sometimes the implications of this are minor: a shorter path to power ups that were once out of reach. Other times they are crucial – people who were killed after the moment Reina has returned will be alive again, although perhaps missing a few items she has taken from them.

I have long felt the exploratory nature of the 2D action-exploration genre had the potential for cool storytelling that could only be done through the medium of video games but was often relegated to a secondary role.  I would often think about the similarities between backtracking in a Metroidvania and the way the mind constantly travels back to moments of regret and previous decisions that could have been made differently.

With Reina & Jericho we have woven a powerful story about love, suffering, regret, and consequence that will follow Reina as she is gradually pulled deeper into the machinations of the villain, Eli Faust.  Reina’s attempt to rescue Jericho becomes more and more entangled with the broader events of the story – past, present, and future.

Vanessa naturally gravitates towards an emotional, heavy style of music.  Our process for making the soundtrack was relatively straight forward: Vanessa would sit down at a piano and play improvisationally for somewhere between two minutes and two hours, and I would record everything so I could sift through it later and give her a shortlist of material to formally compose from. Sometimes we would listen to music beforehand to get in a mood – usually something from Nobuo Uematsu, Arcade Fire, Bear McCreary, or Yoko Shimomura – other times it would be conversations about what was happening in the story, but it always started with those sessions of exploring music on the piano.

Reina has a simple core set of moves that offers a solid foundation for newcomers to the genre while still leaving room for expressive and highly skilled play thanks to all the ways Reina’s different actions can be strung together and interconnected.  The critical path through the game contains a good mix of exploration, combat, and platforming, but side paths that grant minor power ups are where we put the more explicit challenges. 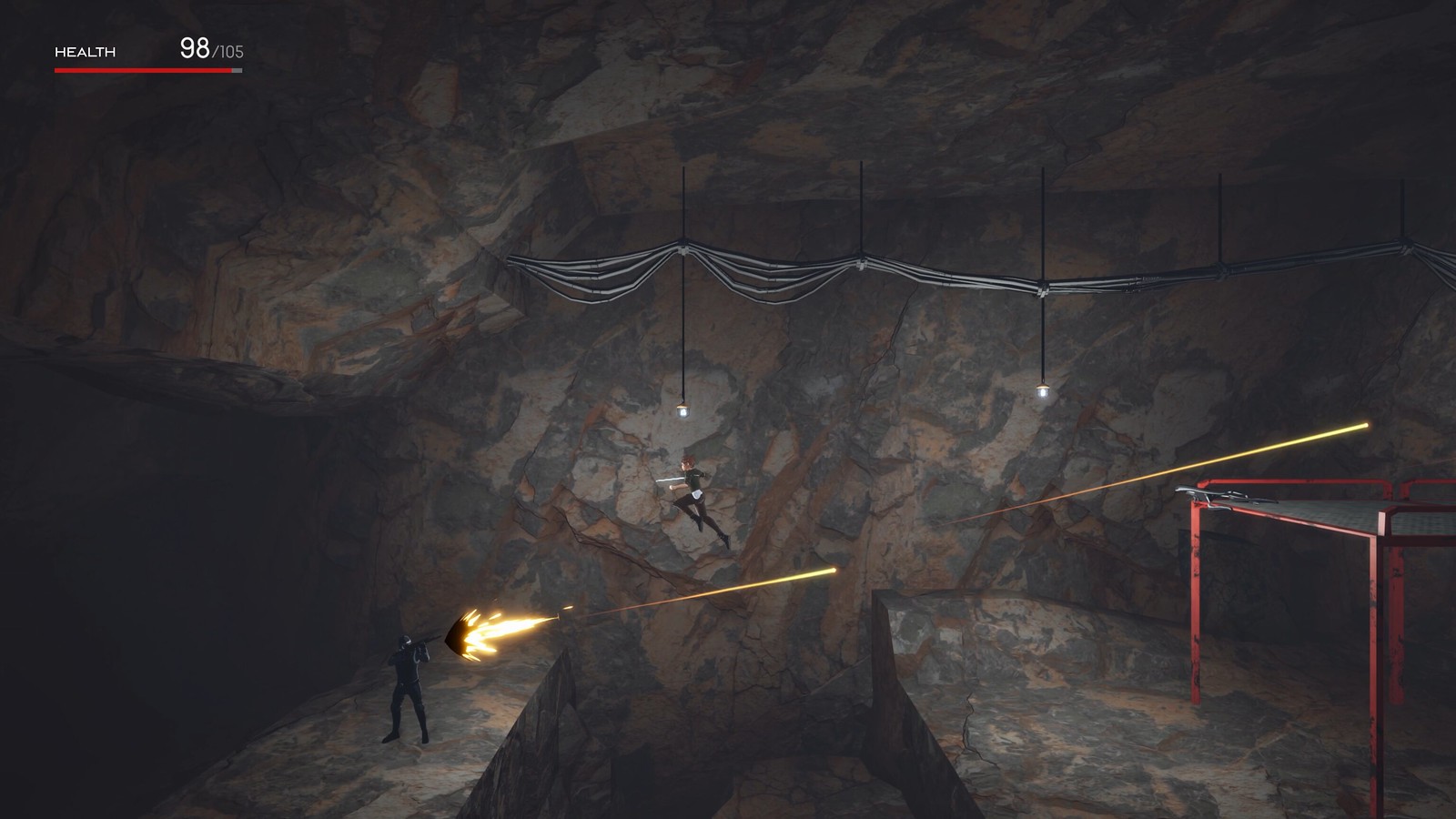 Stay tuned for the release announcement for Reina & Jericho. We are excited to share the game with all of you soon and think it will leave a lasting impression!