TouchArcade Game of the Week: ‘Builderment’

What if I told you there was a game with the types of idle game progression systems that suck a player in and it was combined with the types of building and planning systems that tickle the senses of those who like to lay out the most perfect and efficient map possible? Well, I’m sure there are already games that do that sort of thing, but a brand new one built specifically for mobile has launched this week called Builderment (Free) and tickle your senses it certainly does.

The basic idea is to build research facilities, and then build extracting machines to pull resources out of the land, and then build a network of conveyor belts to deliver those resources into little factories to produce items, which then get fed along another set of conveyor belts and into those previously mentioned research facilities in order to level up and unlock even more elaborate item recipes for the factories to pump out. Basically if you took any menu-driven idle game or clicker but mashed it together with SimCity, you’d have Builderment. 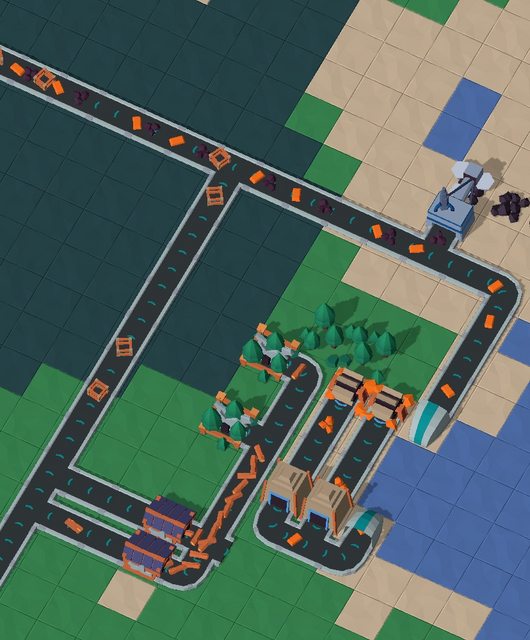 If that quick-pitch description does it for you, then go ahead and download this one right away. It’s kind of obtuse in the beginnings, but once you’ve figured out the basics things fall into place and you’ll be staring at a massive maze of buildings and conveyor belts before you know it. That initial learning curve can be a pain, and my one main criticism is that Builderment needs a much better tutorial or help menu, but in the meantime players in our forums are more than willing to help anyone who gets stuck.

Builderment really quenches that “fill up progress bars” mentality that is typically reserved for idle clickers, but does so in a much more interesting fashion by blending it with factory building. It also does this on an impressive scale, allowing you to build absolutely massive networks of belts and buildings that can take up entire maps. It’s iOS only for now, though if it does well the developer is open to porting it to Android, and it’s totally free to download with a seemingly unobtrusive in-game currency available as IAP. So really there’s no reason not to at least check out Builderment if you’re on iOS, but just keep your head up during those rough opening moments and you’ll be rewarded with a brand new obsession.