Riot releases regular updates for League of Legends: Wild Rift to keep the game content-rich by adding new features while making the gameplay experience better to make it as popular as the original League of Legends and keep players hooked to the game. The next big patch update, Wild Rift 2.3, will release on June 1, and the developers have given a little preview of what players can expect in the upcoming update.

In the latest dev diary, Alan Moore, the Game Director, has revealed that the League of Legends: Wild Rift 2.3 update will add four new champions to the current roster along with other juicy new features, updates regarding the gameplay, and more. Here is what we know so far about the Wild Rift 2.3 patch.

Riot is constantly updating the champions roster by adding more and more champions so that the game doesn’t become stagnant after a period of time. The addition of new champions not only gets players excited, but they also get to see and learn various strategies and gameplays in the match.

The upcoming champions in the 2.3 patch update are:

Riven, The Exile is a melee fighter, who is usually played on the Top Lane and has a lot of potential to outplay enemies. She is expected to release in June throughout the 2.3 updates. 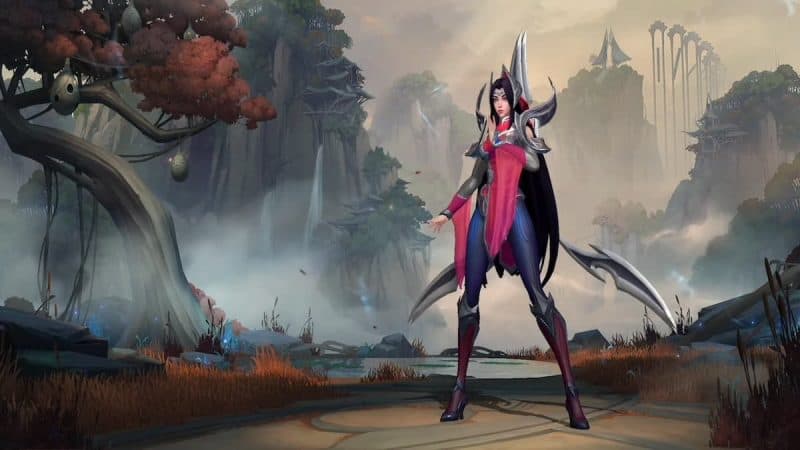 Irelia, The Blade Dancer is a champion that players usually opt to play in the Mid or Baron Lane. She has been optimized a bit for Wild Rift to attack the minions or the champions. You can expect some upcoming tips and tricks from Riot before her launch to make players comfortable and familiar with the champion.

Along with these, two more champions will be added in the latter part of the patch.

Lucian, The Purifier and Senna, The Redeemer

Lucian and Senna have unique abilities to support each other to dominate enemies and are usually played in a pair in the Duo lane. Lucian’s Quickfire ability attacks complement Senna’s slow but high damage attacks. This combo is usually good enough to finish off enemies with their ultimates.

Wild Rift patch 2.3 will not only bring new champions, but a variety of new skins will also be available in the store:

The upcoming 2.3 update has made major changes to the Rune selection. Riot hopes to balance the Runes’ power and make them fair for every champion. The most significant changes include Kleptomancy, Backbone, Regeneration, and Spirit Walker. They’ve been replaced with Phase Rush, Bone Plating, Second Wind, and Adaptive Carapace, respectively. Master Mind and Sweet Tooth also received a buff.

You can now label your best friends with different titles and level up together with them. A player can add up to 20 close friends under four different labels. In addition, if you play together in a party or gift each other in-game items, you will receive flare. In addition to this, close friends can also share their owned champions in Co-Op vs. AI and normal PvP games. You can receive in-game notifications from any three friends if they come online or finish any match by subscribing to them. They’ll will also be displayed at the top of your friends list.

Each new patch update introduces new events to launch new champions. The Broken Blades will be one of the upcoming events in which players can get Irelia or Riven for free along with a bunch of other rewards by completing various missions. The missions and rewards will be different for both the champions.

Wild Rift Ranked Season 2 is underway and will end on July 31 at 3:00 PM UTC. Just after that, Ranked Season 3 will make its way to the game, so rank up and grab your rewards before Season 2 ends.

Here’s a look at the Ranked Season 3 Gold Tier reward:

The game is still under the open beta testing phase, and the developers keep on taking feedback from players to implement them in the game and make it more user-friendly. Patch 2.3 is no different. Here are some of the significant changes that you will notice after the update’s release: