WoW: How To Gear Up In Shadowlands Season 2 9.1

A new wow Season brings new ways to gear up. Make sure you’re prepared for 9.1 with our guide.

With Season 1 behind us, it’s time to look ahead to Season 2 and new ways of gearing. A lot of the early gearing methods such as crafting gear are now not available to us, however, a new patch means new ways of gearing. In the guide below we’ll highlight all the ways you can gain key items to get you ready for the new raid.

Note: A lot of this advice is aimed at people coming back to 9.1, anyone with heroic/mythic raid gear from 9.0 is probably caught up.

One of the earliest and easiest ways to get gear in the new patch is via World Quests and Callings (the daily adventure you’ll be sent on). This is especially true if you’re coming into 9.1 fresh. You’ll normally get around two or three item World Quests per day, with another selection of Conduit World Quest. These short three-to-five minute quests will be found over the four main zones of the Shadowlands and can be completed solo or in a group.

While not offering the highest item level loot, World Quests can be good to fill out troublesome slots, especially trinkets and weapons. World Quests item level will also scale as you gain renown, making them especially good for those gearing up alts.

In 9.1, the new daily quest hub in the maw, Korthia, will offer players a new gearing path for early catch-up. Starting at 200 item level, players will be able to purchase Korthian Armaments that contain a random piece of Korthian gear.  Costing 1000 Stygia, this gear can be purchased at friendly reputation and can be sent to your alts. This gear will also drop from rares and events in Korthia. Later in the Korthia quest line players will be able to upgrade gear to a maximum of 233 item level.

Crafting is a fantastic way to get yourself up to a respectable item level before you hit level 60 as you look to move in dungeons and raiding. With 9.1 the Crafter’s Mark 3 will move crafted item level up to 200, making it a nice way to gear up a new character as this gear can be found before you hit 60. These items won’t last long, however, but can form a good framework for your character’s early gearing.

This is your only farmable source of gear that can be done all day. With Normal and Heroic dungeons, you’ll be able to get some decent starting loot. For those of you who are healers or tanks, you’ll also get near-instant queues, so gearing up will be fast. The final dungeon level before Mythic + is Mythic dungeons, often just called M0. These are once per week, though offer you your first look at some of the epic gear in the game.

These dungeons are also your best chance of getting some legendary drops to start crafting legendary equipment that you missed in 9.0. Or if your best legendary has changed and you never picked it up.

Mythic Plus (M+) is the final pillar of the Dungeon rotation. These are much harder than Mythic versions, scaling higher with the key you use. These dungeons are also timed and will require you to find a group beforehand and plan accordingly. Thankfully, with the scaling on the ilvl of the loot and the replayability of M+, you’ll be able to spam these to your heart’s content. Providing you can find keys.

The popular Megadungeon format will return in 9.1, with Tazavesh. The dungeon will feature 8 bosses themed around the Broker Trading City. Like previous Megadungeons, it will begin as a Mythic only, with a Mythic+ version coming likely in patch 9.1. This new dungeon is locked to Mythic 0 only, with a Mythic+ option likely to come in 9.2. 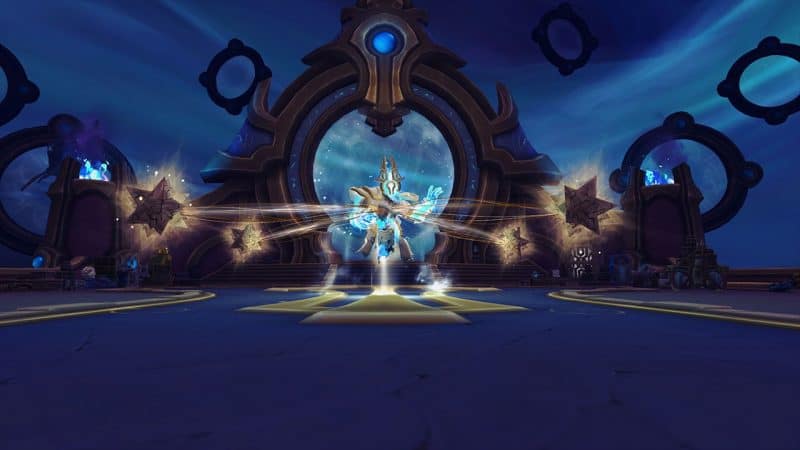 The item level for the dungeon is 226; though each boss features a “hard mode” with an increase of 7 item level. Tazavesh will launch with Season 2, so it won’t be the most optimal way of gearing, however, as it features new bosses and loot, it might be the most fun way to spend your first week.

When you do a set number of Mythic +, raid boss kills, or Arena matches, you’ll unlock access to your Weekly Vault. The item level on offer, and how you unlock each depends on what level of content you do, but below we’ll give a brief look at what you’ll get.

The final pillar of gearing via PVE comes from raiding. With loot scaling from LFR, Normal, Heroic, and finally Mythic. LFR is separated into four wings and allows you to sign up to play with random players via the in-game Raid Finder. Though LFR offers the lowest item level, it doesn’t require the time commitment that raiding at the higher levels does. 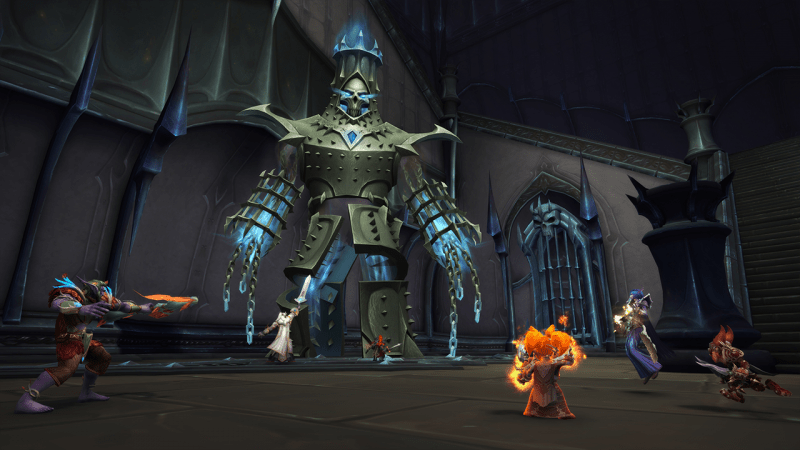 With Normal and above, you’ll need to enter with a group of friends. Starting at 10, and going up to 30 for Normal and Heroic. With Mythic, the hardest mode is locked to 20. The item level in each of the four raid modes increases as shown below:

Stay tuned to ESTNN for more WoW tips and all the latest esports news!

The post WoW: How To Gear Up In Shadowlands Season 2 9.1 appeared first on Esports News Network | ESTNN.