Brigandine: The Legend of Runersia: Bringing a cult classic SRPG back to PlayStation

Kazuhiro here. I’m excited to bring Brigandine: The Legend of Runersia back to PlayStation tomorrow — this time on PS4! (bonus: it’s playable on PS5). It’s been a long time coming, so we’re celebrating the launch with a free Dynamic PS4 Theme for all purchases and the “Titans and the Iron Front” day 1 patch. We have a new trailer to show off all of the updates and new content but first, I thought I’d share how my Brigandine dream came true, tell you about the new Brigandine, and provide some tips to help you conquer nations and bring peace to Runersia.

I happened to join Happinet when a subsidiary company, E3 Staff, released Brigandine: The Legend of Forsena 22 years ago and became a huge fan of the game. I had hoped to one day work with E3 Staff but the team disbanded and with them went my dream of working on a Brigandine game. A decade later, the game development department reopened and eventually I was tasked with reviving the Brigandine series!

Of course, we considered doing a remake, but with the original creators unavailable we decided to create a new game with a new team that would still have the core mechanics that made Brigandine unique, but improve on elements that would make the experience more enjoyable. From there I set out to bring together a team that truly understood what we wanted to achieve with Runersia and had the experience to bring the vision to life. I’m proud to say the Matrix team which included Kenji Terada on script, Raita Kazama on art and character design, and music from Tenpei Sato achieved this goal.

Unify the Continent of Runersia in your Own Way

There are hundreds of hours of gameplay in Runersia — a single plot line can take over 30 hours. Starting out you choose one of six nations to rule, with the aim of conquering Runersia. From there you command over 100 Rune Knights and lead monster troops of dragons, ghouls, and more into intense battles on hexagonal grid maps in the tactical turn-based battle system. 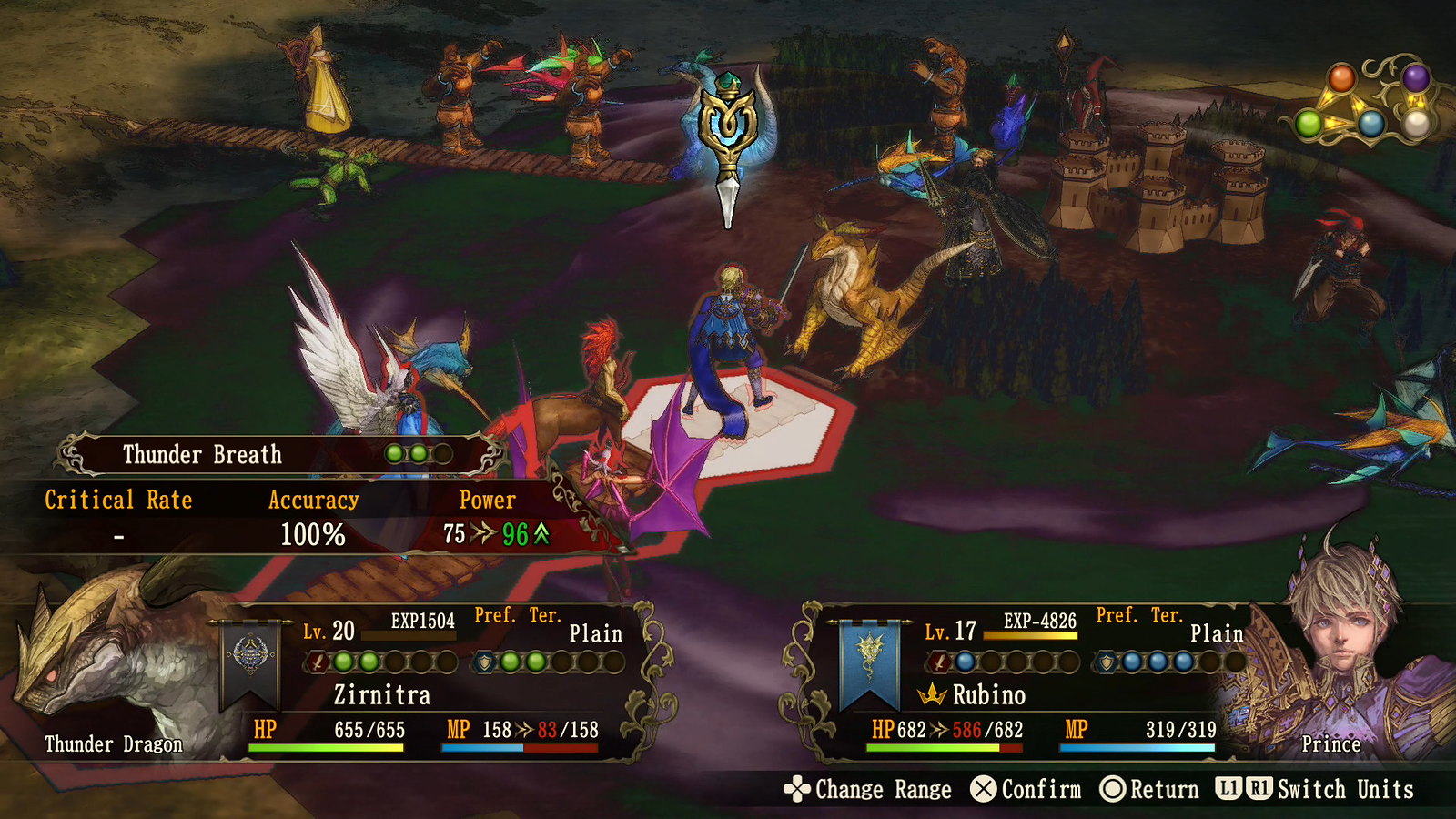 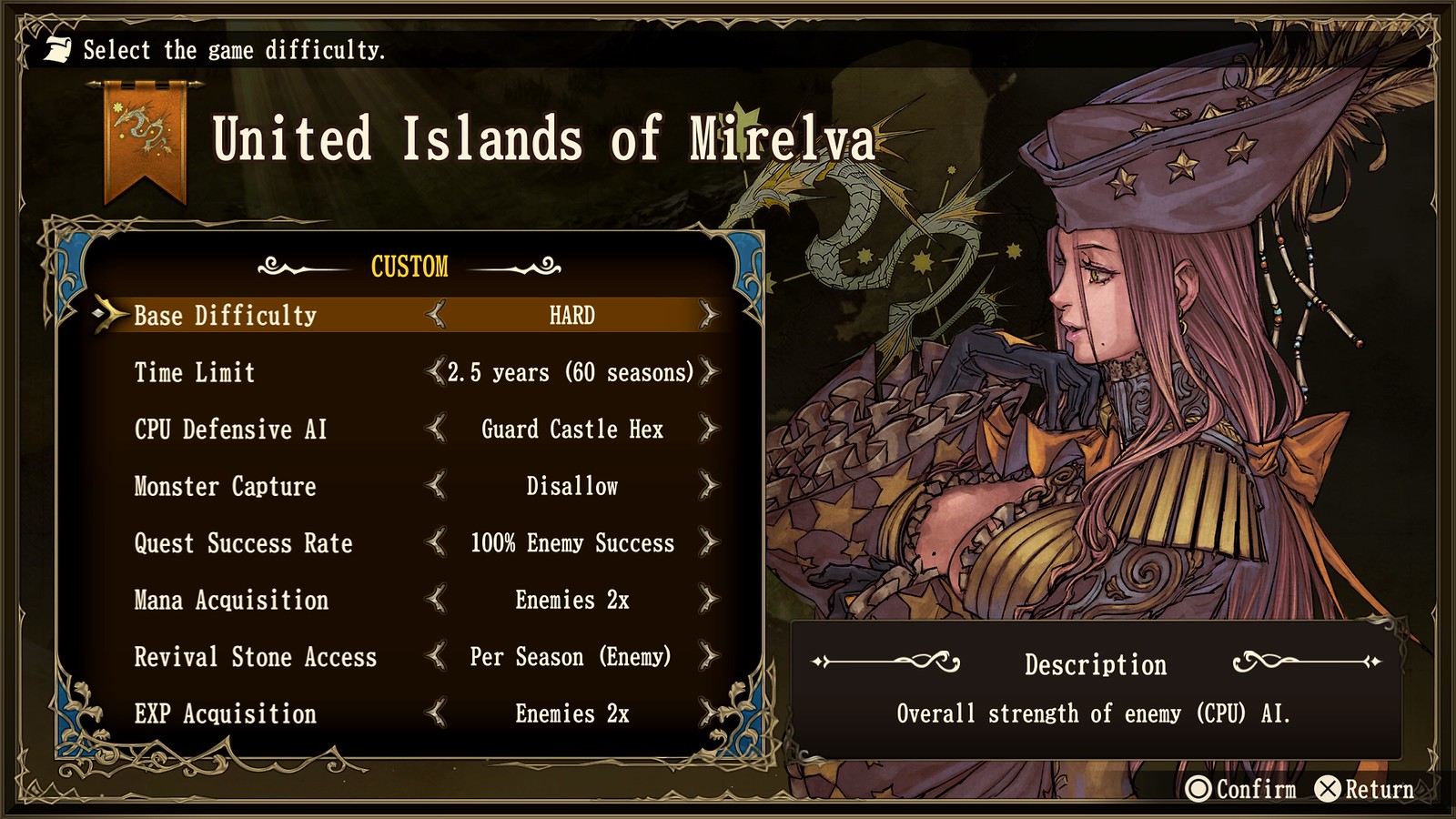 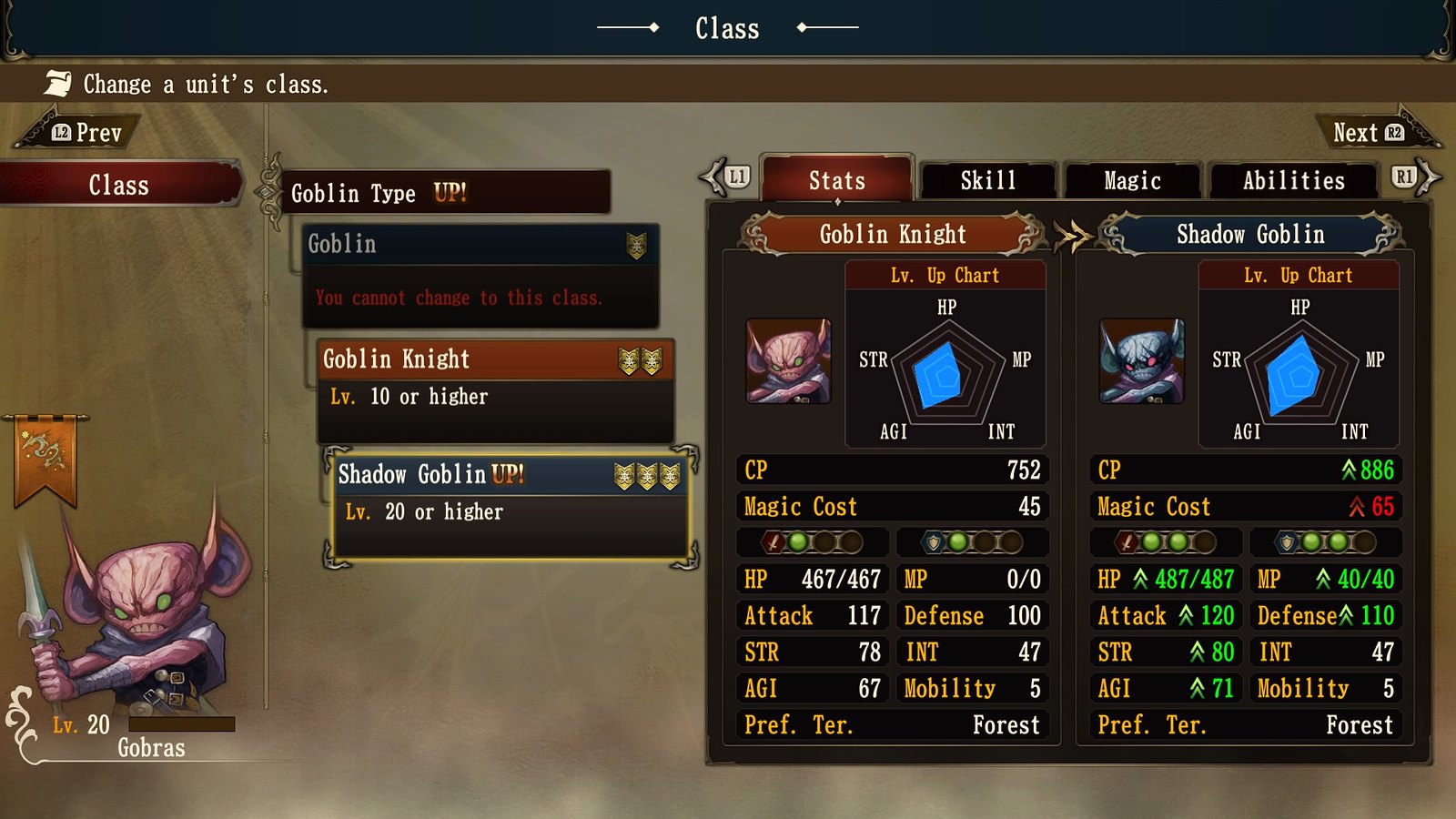 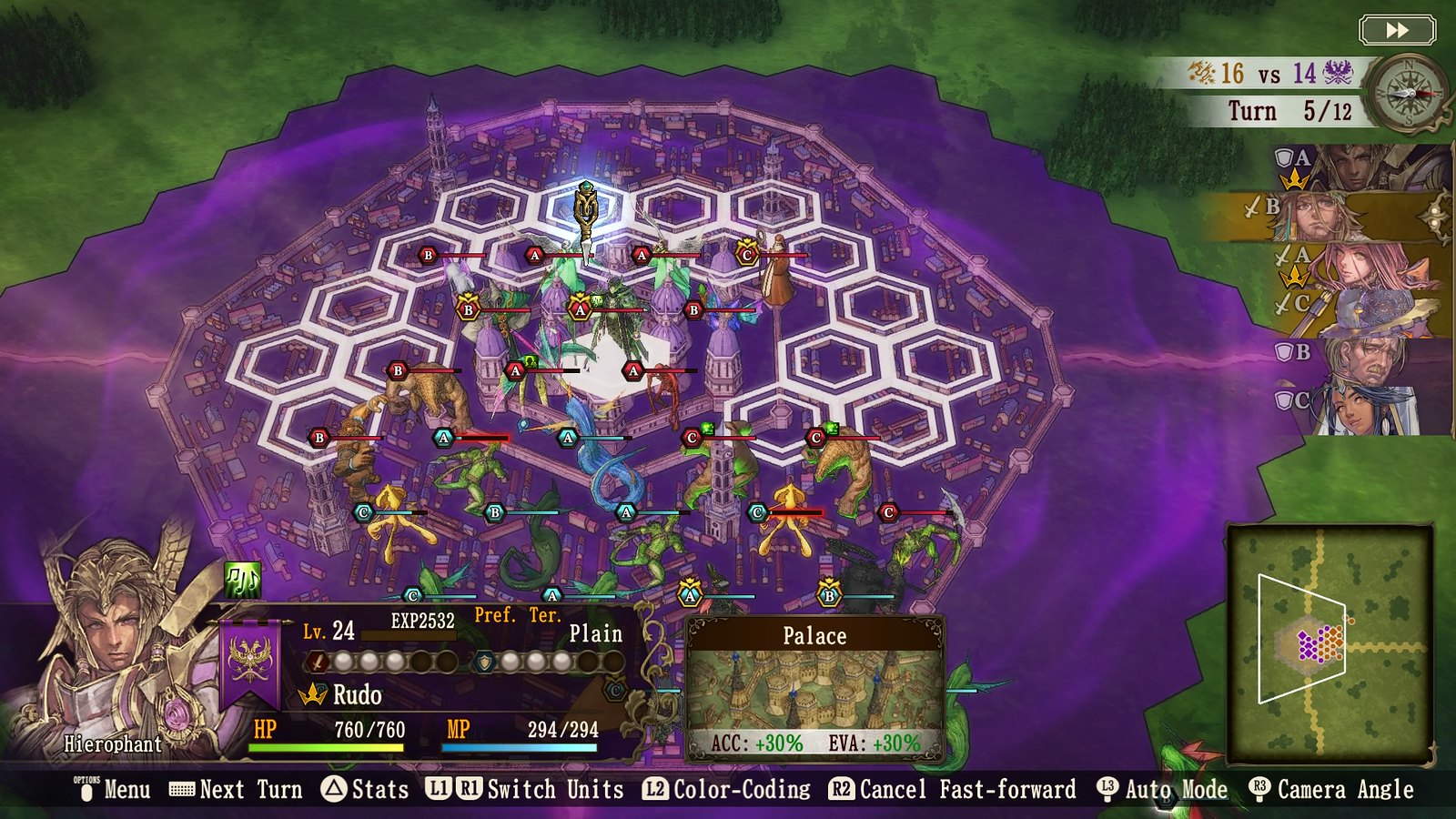 With the free “Titans and the Iron Front” update that releases tomorrow, you’ll also be able to set customized difficulty levels, experience a new UI, encounter new high level monsters and enjoy lots of quality of life changes we made based on community feedback. There are a lot of updates so we’re showcasing them in this new trailer we’re unveiling on the blog!

Tips and Tricks for Total Conquest in Runersia

With Brigandine: The Legend of Runersia launching soon, we would like to share a few tips and tricks to guide players during their conquest over Runersia:

These are long campaigns so you want to be sure you select the right difficulty level for you as you can’t change it later on in the story. Don’t forget you’ll be able to customize levels with the “Titans and the Iron Front” update! 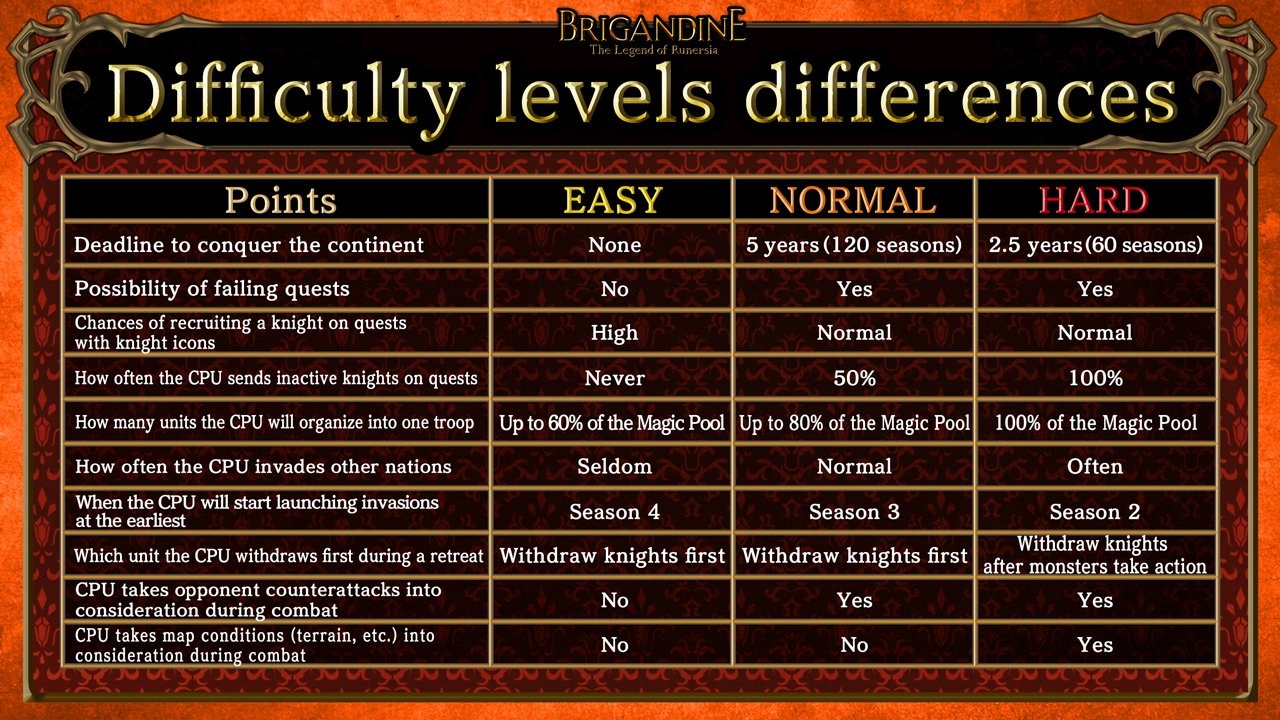 Keep in mind when deciding to Attack or Defend that Combat Power parameters are combined power in terms of both Skill and Class: 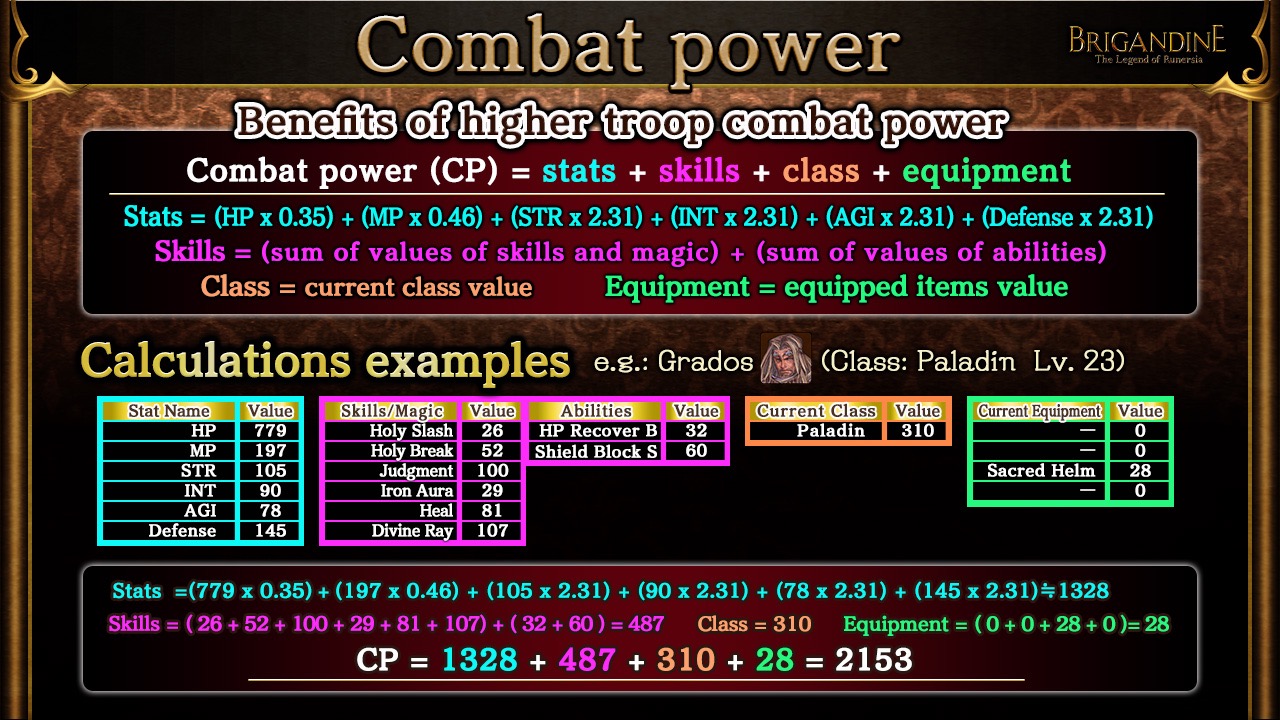 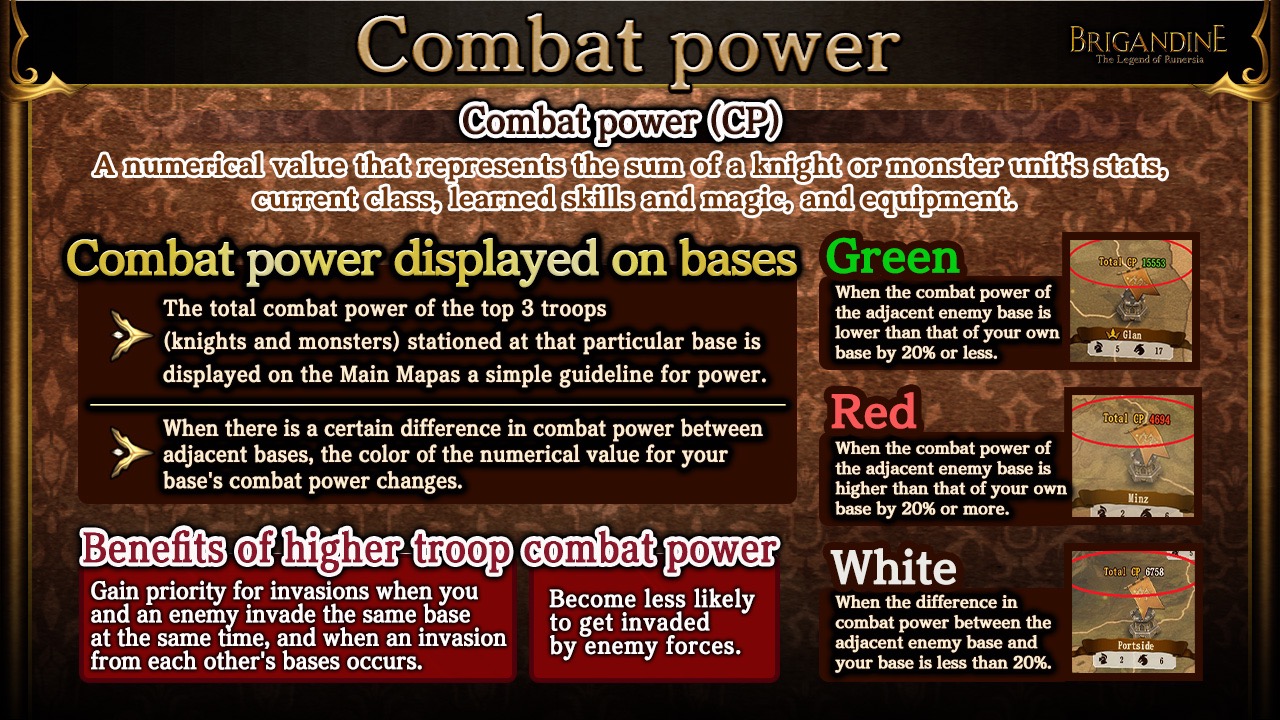 Simplify the process for smoother gameplay

The L1 & R1 and other buttons can provide various functions in different scenarios so be sure to know your buttons and utilize them: 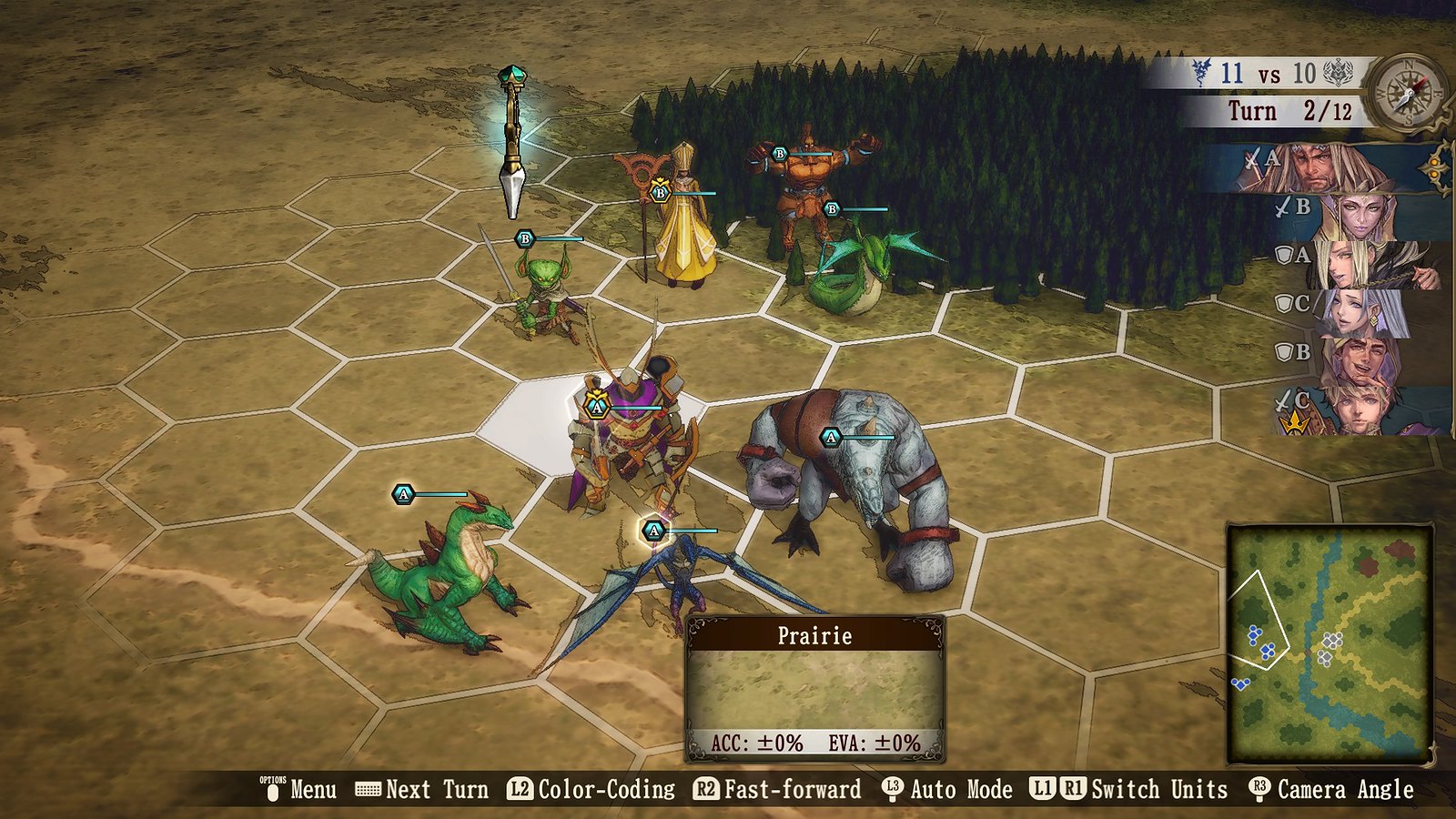 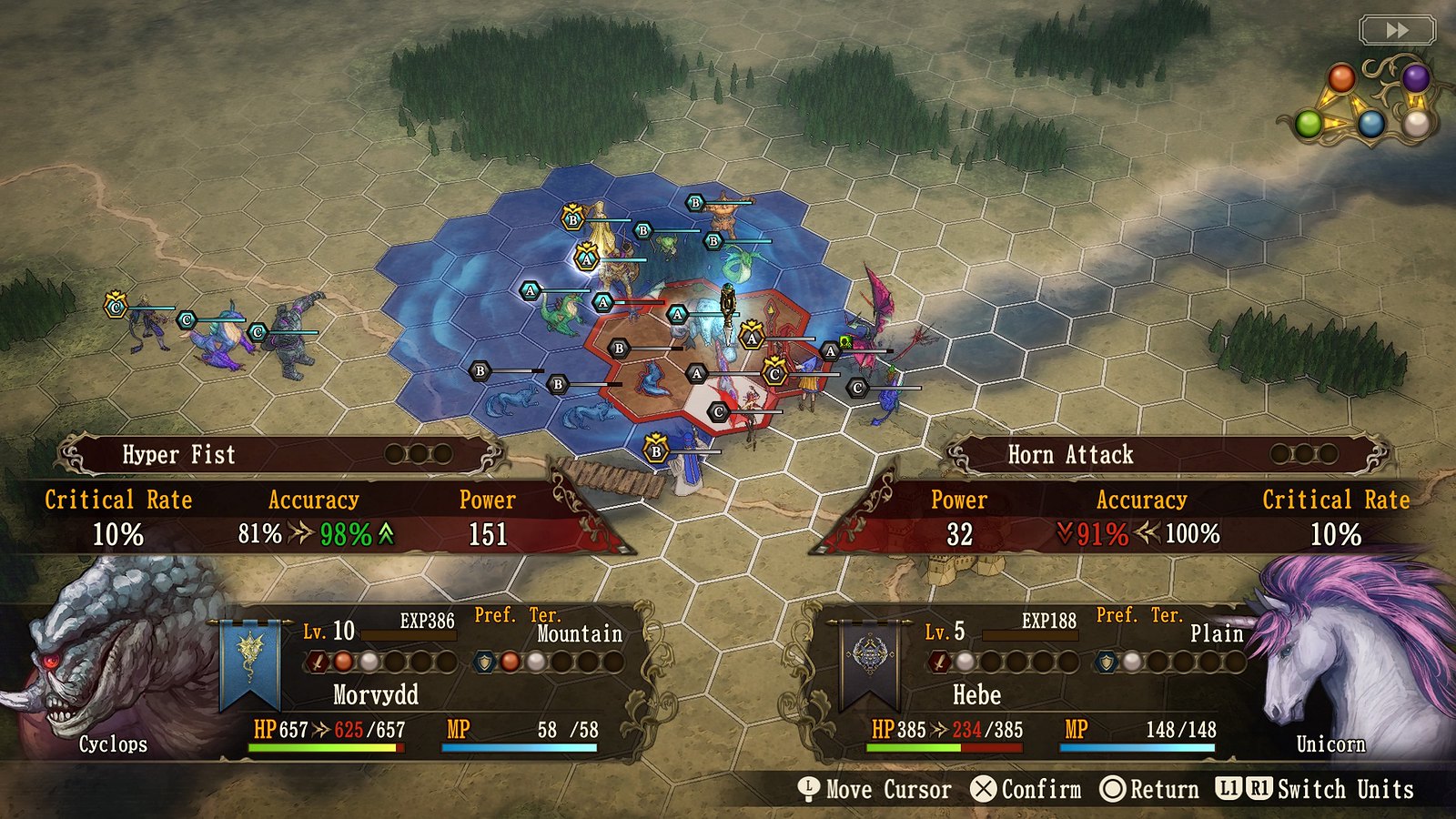 In case you’re still unsure if you’re ready to join in the quest to conquer Runersia, you’ll be able to access a free demo tomorrow. The demo will include a Training mode to get you acquainted with the basics and a Trial mode where you’ll take on the role of the Brigandine of Justice in Easy mode. While the demo ends after your army reaches 10 seasons or 7 bases become occupied, you can try out different strategies and scenarios each time.

The Brigandine: The Legend of Runersia will launch tomorrow on PS4 with the Titans and the Iron Front patch. Which nation will you start your conquest with? Be sure to let us know in the comments below!