Epic Games dropped the latest season nearly two months ago, and players have spent that time perfecting their strategies, learning drop spots and finding complementary teammates ahead of this $3M USD tournament. Fortnite is much different than it was last season. Epic introduced a slew of new mechanics, locations and intricacies for players to learn and understand. Many of these new features will factor heavily into competitive play this season.

With all that said, let’s take a look at some of the critical factors before FNCS Chapter 2 – Season 5 officially gets underway.

Also Read: NA East Trios to Watch for Ahead or FNCS Chapter 2 – Season 5

The transition from Chapter 2 – Season 4 to Season 5 saw many beloved weapons and items exit the loot pool. Players who feel deeply for the Pump Shotgun could only watch as it did not make the cut. The Tactical Shotgun, Charge Shotgun and newly introduced Dragon’s Breath Shotgun stood in its place until recently, when Epic Games worked in the Lever Action Shotgun. Four shotguns in one season is a bit overwhelming, and competitors may need to make a tough decision. In terms of importance, it’s safe to rule out the Dragon’s Breath as a viable option due to its one-shot magazine and slow reload time.

That leaves the Charge, Tactical and Lever Action variants remaining. The decision ultimately comes down to feel and comfort for most players. Charge’s damage output makes it a front-runner, but the charging mechanic is still a cause for concern, and it isn’t easy to find. Tactical Shotguns are easy to find and will be more effective in laggier servers. Some top-tier pro players have been carrying the Lever Action Shotgun as well. All three shotguns should be in play regardless, and it’ll merely be a matter of which weapon is available at any given time. 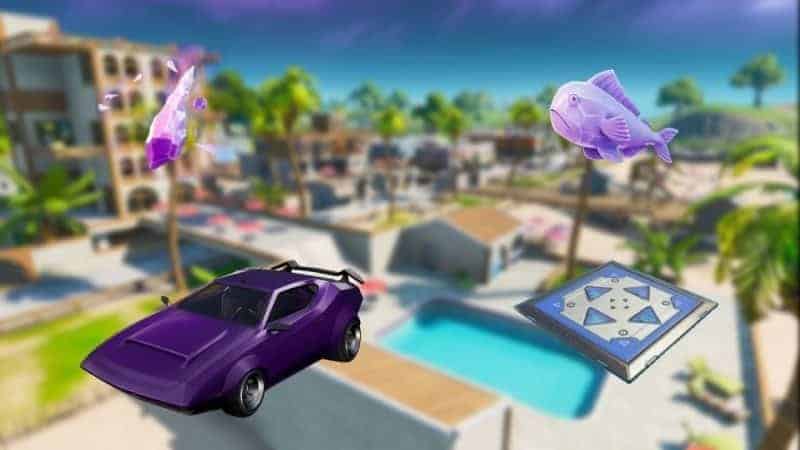 ESTNN recently highlighted rotational methods for Chapter 2 – Season 5, but it’s worth reiterating some vital changes that came down late last month. Rift Fish and Shockwaves Grenades are gone from the loot pool. Bouncers, Zero Point Fish, Zero Point Crystals and vehicles are now the most reliable options. Add in the new sand tunneling mechanic that Epic implemented this season, and those are your best forms of movement. Players and teams will use what’s available to them, but these changes make the height advantage crucial. Exotic weapons and items are the newest addition to Fortnite in Season 5. The map features several non-player characters (NPCs) that sell Exotics in exchange for gold bars. The ‘bars’ system is something we’ll cover a bit later, but in short, players can collect gold bars and use them as a form of currency. Here is a complete list of Exotic weapons and items in Fortnite Chapter 2 – Season 5:

Initially, we penciled in the Storm Scout Sniper as one Exotics that players may prioritize in the competition this season. That was until Epic Games disabled it in all competitive modes and tournaments. At this point, perhaps the Boom Sniper is the only other Exotic weapon players could carry that provides some benefit. Either way, it’ll be interesting to see if any come into play. 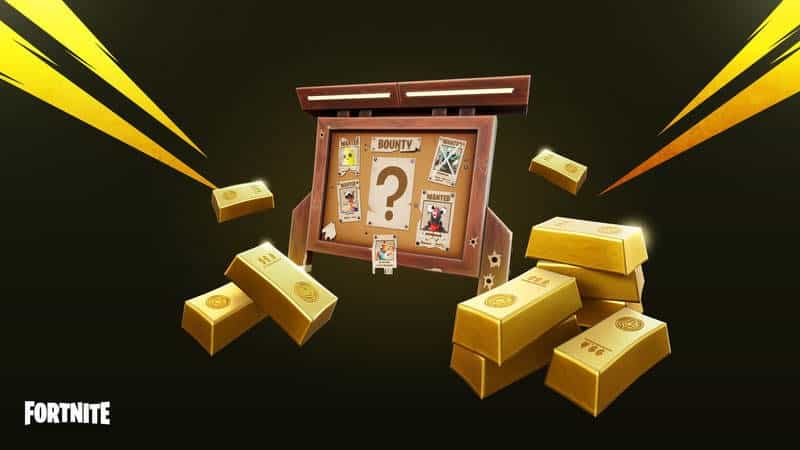 In addition to Exotic weapons, Epic Games welcomed a brand new bounty and gold bar system into Fortnite. Players can visit Bounty Boards and the previously mentioned NPCs to start bounty quests. This system isolates an opponent’s general location on the map for one team to eliminate. Executing the bounty yields gold bars as a reward, which players can use to upgrade weapons, start more bounties and purchase weapons. Both bounties and gold bars will factor significantly into this season’s meta. Believe it or not, Chapter 2 – Season 5’s meta is more complex than anyone could have anticipated. Rotation remains one of the most important aspects, but this season is different than last. Shockwave Grenades, Rift Fish and Crash Pads are out, meaning the team on height will triumph more often than not if executed correctly. ‘Low ground warriors’ can no longer Shockwave to take the high ground and snatch a victory that seemed in doubt. Conserving materials and earning those critical late-game refresh eliminations are more crucial than ever.

Equally important are healing items such as Floppers, Slurp Fish, Medkits and Chug Splashes. Hundreds of scrims and a handful of Cash Cups have shown that heal offs will often happen in Season 5. Tanking storm damage has been a part of competitive Fortnite since the beginning, and this season is no different. Expect teams and players to flood their inventory with as many healing items as possible. One player from each trio will likely prioritize healing to secure the Victory Royale.

The lone Rocket Launcher located at the Hydro 16 POI could also heavily alter the Season 5 meta. History is the best indicator of how much chaos Rocket Launchers cause. They’re useful for teams on height and those looking to take the high ground. Players can drop at Hydro 16, located east of Slurpy Swamp, eliminate the Ruckus NPC character and earn themselves a free RPG. Rocket ammo might be hard to come by, but even just a few can swing an entire lobby.

Other than those few key aspects, players will need to emphasize Storm Surge tags and play consistently enough to maximize their points. Chapter 2 – Season 5 introduced three new points of interest – Hunter’s Haven, Colossal Coliseum and Stealthy Stronghold. None of those three are gaining significant attention heading into the FNCS. The most prominent named locations will be Craggy Cliffs, Misty Meadows, Sweaty Sands and Dirty Docks. All three grant easy access to water, which is essential, given the importance of fishing spots this season. As mentioned earlier, teams will prioritize healing items for late-game heal off situations, and these are some of the best places to locate those.

Craggy Cliffs, Misty Meadows and Dirty Docks are also particularly appealing for weapon upgrades, which players can perform using the NPC spawns at each location. It’ll cost gold bars, but having an Epic Shotgun or Assault Rifle could be the difference between winning and losing a fight on rotation. As mentioned before, the Hydro 16 spot located east of Slurpy Swamp should garner a lot of interest because of the free Rocket Launcher available within. Points of interest located toward the center of the map generally allow for less strenuous rotations. Never forget that uncontested teams tend to find themselves atop leaderboards.

No matter how you look at it, this season should be fantastic competitively. Other than the usual server performance issues, griefing and stream sniping, Season 5 shapes up better than most could have hoped. The talk is almost over, and players will soon embark on their quests to become FNCS Champions. Be sure to watch the action this weekend and beyond to see how the meta continues to develop.