We take a look at some of the most valuable locations in Season 6.

Fortnite Chapter 2 – Season 6 has been in the hands of players worldwide for nearly two weeks. The latest update gave Fortnite a “Primal” makeover, where players can use resources to make exciting weapon combinations. Epic Games introduced new features such as crafting and animal taming. The developers also made some notable map changes to fit with Season 6’s new atmosphere. Some Chapter 2 staples remained, while others entered the dreaded Fortnite vault with an uncertain future.

We’ve had time to experience and analyze all Season 6 points of interest (POIs). It took some time, but there are a few specific spots that stand out amongst the rest. A special thanks go out to Fortnite.GG for providing accurate map data. Let’s take a look at the most valuable locations in Fortnite Chapter 2 – Season 6.

Also Read: Where to Upgrade Weapons in Fortnite Season 6

It’s challenging to look at Dirty Docks in Season 6 and not rank it as the best POI. The number of Mechanical Parts and potential Chests available elevate it above every other location on the map. There’s also plenty of mobility with various vehicles and fishing spots aplenty for added loot. As if that was not good enough, players can exchange gold bars with the ‘Tess’ NPC for a guaranteed Rare Assault Rifle. Dirty Docks is the pinnacle of Fortnite landing spots, making the Victory Royale that much easier. 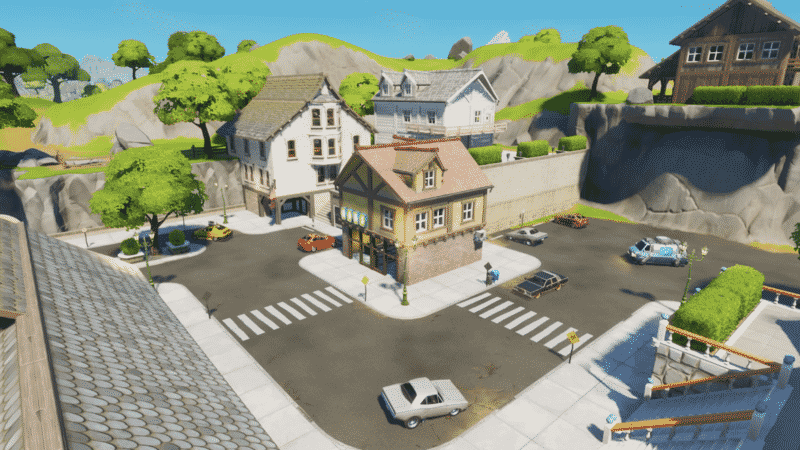 An ‘OG’ Chapter 2 location, Craggy Cliffs certainly took a hit from Season 5 to Season 6. Players can no longer purchase the Chug Cannon here, but it’s still an optimal place to land. Craggy includes 20 potential chests and five Mechanical Parts. Although the resources are lacking, crafting is not necessary when there is an NPC who offers weapon upgrades. ‘Remedy’ remains in Craggy Cliffs and will upgrade weapons for gold bars. The northern-most POI also offers fishing spots for more loot and guaranteed Slurp Barrels for shield.

It may not be the map’s flashiest location, but Craggy does its job and provides players with an incentive to land there. 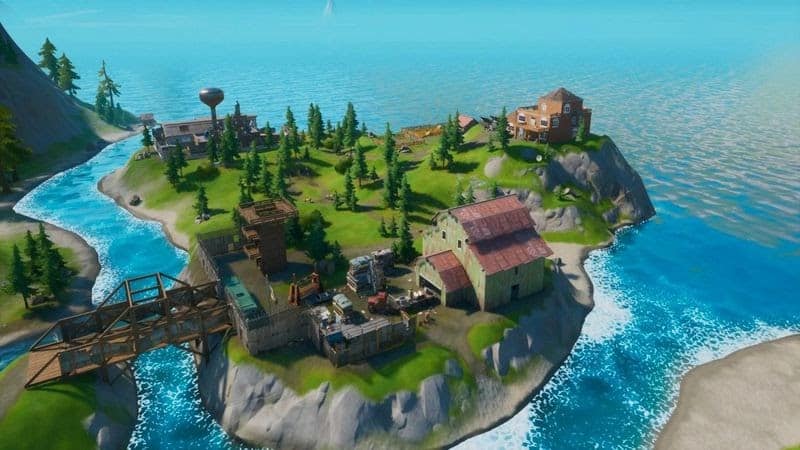 The first of three unnamed locations on our list is Camp Cod. It’s one of my personal favorites because not many players land here. Located southeast of Misty Meadows, Camp Cod has everything that you might need in Season 6. There are 20 potential Chests and 23 Mechanical Parts, which makes crafting and finding useful weapons straightforward. However, the most appealing aspect of Camp Cod is the ‘Jules’ NPC. She will upgrade your weapons like the other characters mentioned on this list, which puts this location on another tier compared to most others littered around the map. 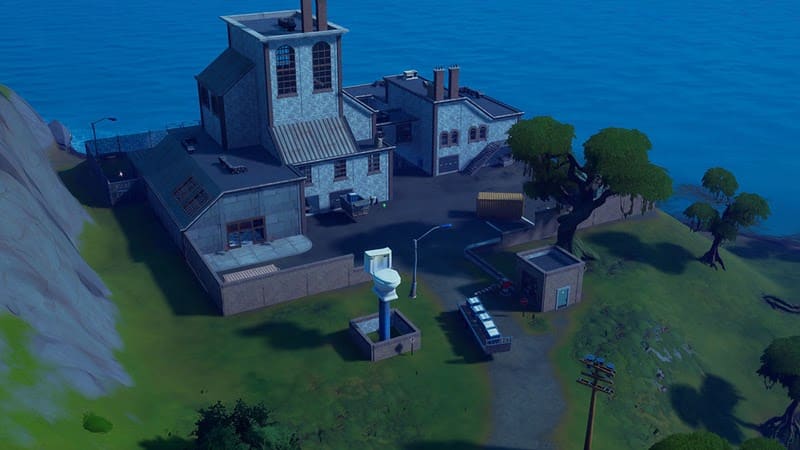 Located southeast of Slurpy Swamp, Flush Factory is a familiar location to long-time Fortnite fans. It returned in Chapter 2 – Season 5 as an unnamed location and remained through the Season 6 transition. Flush Factory’s most significant allure lies within ‘Bandolette’ – this location’s NPC. Not only will she upgrade weapons to the next rarity, but she also sells Mechanical Parts. Tack on nine potential Chest spawns and seven additional Mechanical Parts and Flush Factory has the makings of an underrated POI.

Compact Cars, another unnamed location, also ranks as a top landing spot in Season 5. This small area located west of Dirty Docks may not seem appealing with only nine potential chest spawns in the surrounding area, but there’s a lot more than meets the eye. A river stretches down to Steamy Stacks, which possesses many fishing spots. Additionally, the ‘Dummy’ NPC generously offers weapon upgrades. If you’re short on gold or want to craft a better gun, crushed cars around the property grant players with Mechanical Parts.

If you want to land Dirty Docks but there’s a bit too much commotion, Compact Cars is an excellent bailout option, given all of its perks.