Fortnite: Where To Find Alien Nanites In Season 7

Learn all you need to know about the newly introduced Alien Nanites and where to find them in Fortnite Chapter 2 – Season 7.

Alien Nanites have struck Fortnite’s island in a significant way. Introduced in a recent v17.10 hotfix, Epic Games finally released this long-rumored throwable item courtesy of the extraterrestrial beings above. It was a sudden release, but the community welcomed something new to keep Chapter 2 – Season 7 fresh and eventful. You may be wondering what Alien Nanites are and where to find them. Today, ESTNN will walk you through the precise function of this new item and explain where to find them.

What are Alien Nanites?

Alien Nanites turn the gravity in Fortnite Battle Royale down to zero when thrown at the ground. Players who possess these items will notice a pre-mapped area of effect when readying to throw one. Once deploying one, all who enter the Alien Nanite’s zero-gravity area can jump, float and air dash. The alien biome also grants the ability to string jumps together to launch straight up in the air. Nanites last for 30 seconds before the area returns to normal.

Players can also use Alien Nanites as a crafting tool, similar to Nuts & Bolts in this season or Animal Bones and Mechanical Parts from Chapter 2 – Season 7. More specifically, you can combine an Alien Nanite with an Assault Rifle to make an IO Guard Pulse Rifle. Others such as the Rail Gun and Ray Gun can also be crafted with Nanites. These items are stackable up to two in an inventory. Let’s look at the spawn locations of the newest throwable alien items with this description in mind.

Where to Find Alien Nanites 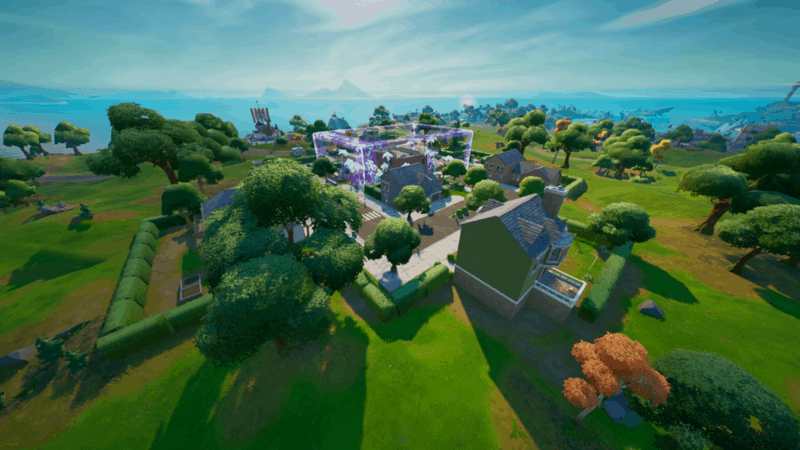 Unlike items in recent seasons, it is not challenging to find Alien Nanites at all. In fact, you can find them in virtually any area on the current Season 7 map. The anti-gravity/crafting item spawns in all Chests and as Floor Loot. Your highest chance of securing some Nanites is to land at a primary point of interest (POI) such as Holly Hatchery, Misty Meadows or Dirty Docks, open all chests, and look on the ground. There is a strong chance that you’ll find at least one, if not more.

There is currently a Legendary Quests to deploy two Alien Nanites, and now you have all of the information needed to tick that box!