Five teams, one Worlds spots and only two weeks left – but who will rise, and who will fall?

The second week of the 2021 LEC Summer Playoffs begins this weekend, we are getting closer to finding out who will represent Europe in the 2021 League of Legends World Championship. We’ve already said farewell to Team Vitality, who lost against Fnatic in the first match of the lower bracket, but the orange-blacks, G2 Esports, Misfits Gaming, Rogue and MAD Lions remain in the competition. Let’s have a look at the upcoming matches!

Fnatic has successfully knocked out Team Vitality in the first week of the playoffs. Vitality should’ve been happy that they even made playoffs after missing them in the last couple splits, but they can definitely be happy after giving the legendary Fnatic a really hard time. Although Bwipo and his squad won the match 3-2, it could’ve easily gone the way of Vitality as they put up hell of a fight. The longest match being barely over 30 minutes, it was a series of blitzes, but in the end Fnatic prevailed. The oldest organisation in the European LoL-scene has improved a lot since the summer split, moving Bwipo into the jungle and signing Adam was definitely a great move. However, they still finished fifth in the summer regular season and had some downs and lackluster matches.

Misfits Gaming was one, if not the biggest surprise of the Summer Split. The team didn’t change the roster after spring, but acquired a new coach in Candyfloss. The British Gentleman really helped Misfits step up their game, as the team could beat every team in the regular season besides MAD Lions and Rogue. Their toplaner, HiRiT was the main carry, with their jungler, Razork focusing on him for the majority of their matches. Of course we can’t brush past Vetheo, who really stepped up in the earlier parts of the regular season on picks like Akali and his signature Zoe. Misfits played against Spring runner-ups Rogue in their first match and almost beat them, but in the end, lost 3-2. While Misfits’ topside wasn’t so hot in the match, their botside really shined, Kobbe and Vander saved the team numerous times.

The most interesting matchup to look at in the upcoming Best-of-Five is in the toplane, as the young talent Adam will take on HiRiT. Both players have shown that they can be win condition of their teams, and if any of them get out of hand, the other team will be in trouble. But as mentioned above, Fnatic looked shaky in some of their regular season matches and almost got eliminated by Team Vitality. They also have a 2-0 record against Misfits in the Summer, but are undeniably a great team which will surely put up a fight. However, Misfits should take the victory 3-2. 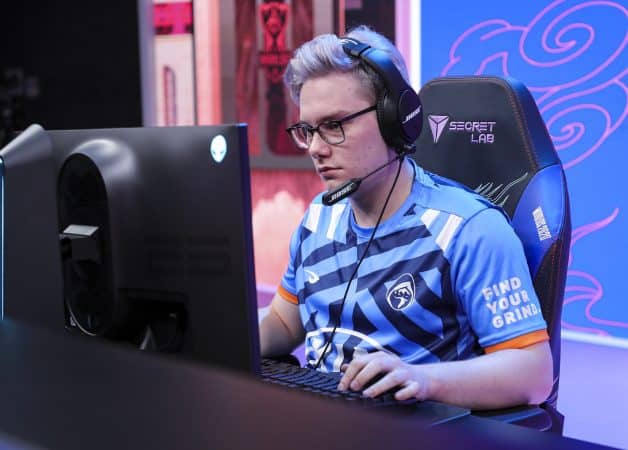 The second match of the week will be a replay of the Spring Finals, we will see if Rogue can beat the Champions this time around. They certainly have a good shot at it, as they finished the Summer regular season at first place, only losing five matches total. Unfortunately for Hans sama and his team, one of the losses was against MAD Lions – a feat which the Spring Champions couldn’t achieve in the last split. Rogue played against Misfits Gaming in the first round of the Upper Bracket, and while they won the series, Misfits gave them a run for their money. The whole team looked a bit lackluster compared to their regular season performance, except, of course, their jungler, Inspired. The polish pro played out of his mind, carrying his team through a number of matches, making Odoamne’s Tahm Kench scarier than it should’ve been, and scoring the first pentakill of the Summer Split on Viego.

MAD Lions had a rough start, they we’re a bit burnt out after playing in the Mid-Season Invitational. While they managed to beat top teams in the first half of the regular season, they had major fumbles against teams like Excel Esports and Team Vitality, even losing a match against SK Gaming, who really struggled this split. They faced off against G2 in the first round of the playoffs after finishing the regular season in third place. G2 is always a scary opponent, even now that they are not as dominant as before. The Lions had even more to fear as they lost both their matches against them before the playoffs. They lost the first match of the series and looked like they were going to lose 3-0. But the signature MAD Lions clutch factor came into play, and they didn’t even need all five matches. Things looked shaky in Games Two and Three, but after a rough early game they took back control in the midgame, taking the lead, then scoring a decisive victory in Game Four.

The Upper Bracket Semifinals are shaping up to be one of the most exciting matches of the Playoffs. The mindgames of Elyoya and Inspired are always a joy to watch, in the toplane Odoamne and Armut have huge potentials of being the carry of their teams, we can witness Humanoid attempting to prove that he’s a better midlaner than Larssen (and also trying to not die as much). Both teams have qualified for the 2021 Worlds, but they can’t let up – they have a score to settle.

The Uncertainty of the Playoffs 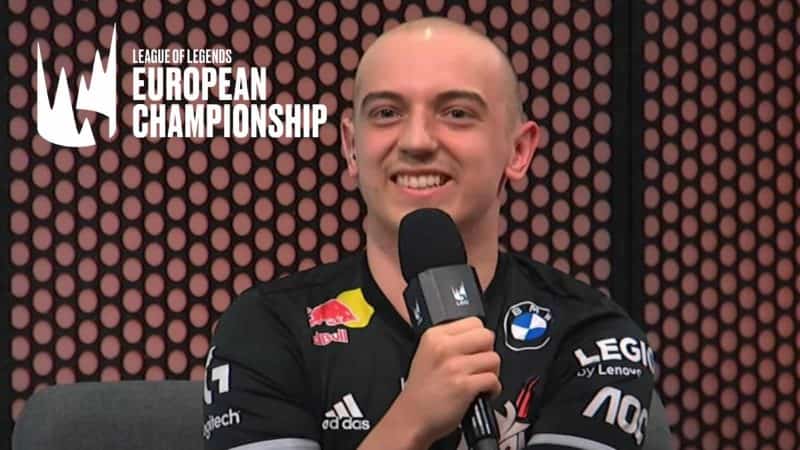 We will have another match this weekend, as G2 Esports will play the winner of the Misfits Gaming – Fnatic match. Both teams proved to be worthy opponents to G2, Fnatic even beat them twice in the regular season. No matter who they’ll face, G2 will have to prepare to weather a real storm.

The LEC Playoffs will return at 18 PM CEST this Friday!