Learn up on the North American Worlds representatives.

The 2020 League of Legends World Championship is right around the corner, with players and fans gearing up for it. As the pinnacle of LoL competition, its the event everyone has their eyes on. This year, the LCS has three teams that will go to Worlds and face off against teams from the LPL, LCK and LEC, among many others. These teams are Team SoloMid (“TSM”), Team Liquid (“TL”) and FlyQuest (“FLY”). Notably missing is Cloud9, who narrowly missed out on attending due to a disappointing Summer Split performance. The groups are drawn and the teams are ready, so its time to check in on how these teams look and how they may do when they hit the Rift.

Claiming the #1 seed after an incredible playoff run is TSM. To be honest, not many expected TSM to take the title coming into the split, but they defied all expectations and reclaimed the LCS throne. And quite a journey it was. They ended fourth at the end of the Summer Split and, once in playoffs, immediately suffered a 3-0 loss to Golden Guardians. This was a worrying sign, but TSM bounced back quickly. The squad went on to beat the Golden Guardians, then Cloud9 and Team Liquid, then finally brought down FlyQuest. This solidified them as, undoubtedly, the best team in NA.

When talking about TSM, the first name that comes to mind is Søren “Bjergsen” Bjerg. A world-class mid laner in his own right, Bjergsen has been a huge catalyst for his team’s success. He’s singlehandedly carried many games this year and is on top of his game. Along with him is Yiliang “Doublelift” Peng, another NA star who is no stranger to success and the World’s stage. Despite having a terribly rough split in Spring, Doublelift looked fantastic in playoffs and especially in the Finals. If he’s finally back to his peak form, this team has multiple carry threats, and that’s without even mentioning Sergen “Broken Blade” Çelik, who also is TSM’s carry-style top with unique counter picks and a certain flair.

TSM is returning to Worlds after a few years of not attending ready to prove themselves. They’re seeded into Group C versus Fnatic and Gen.G, with the last group member yet to be decided from the Play-In stage. Honestly, this isn’t too bad for them. Though they had a really good playoffs run, Fnatic was shaky in the regular season and could be exploited. Meanwhile, Gen.G is definitely a weaker LCK team who TSM should be able to beat. This could be the year that Doublelift finally makes it out of groups, but don’t expect them to go much further than quarterfinals with the competition floating around this year. 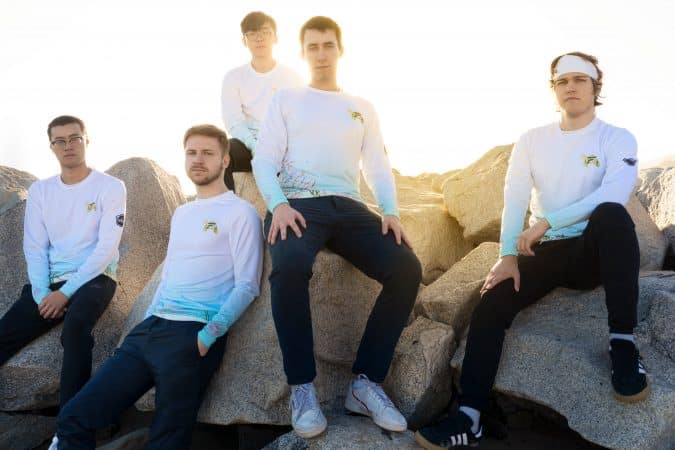 Next up is FlyQuest, taking NA’s second seed. Like TSM, FlyQuest was a bit of an enigma themselves coming into the 2020 season. They were a middle of the pack team before, but this year they made appearances in both Finals and claimed a World’s spot. Not too bad for one year. What’s even more striking is the fact in which they made this split’s Final. Their path there was really straightforward, as the team didn’t drop a single series in playoffs until the final one. There’s a lot of FlyQuest doubters, even still, but this is a team that’s fine with being underdogs and causing upsets.

Now, FlyQuest is interesting because it has a neat mix of styles. Jungler Lucas “Santorin” Tao Kilmer Larsen and support Lee “IgNar” Dong-geun are all about impacting the map early and getting early plays off. These two have a heavy hand in getting the carries online and they do a great job of it. Meanwhile, perhaps their biggest carry in the mid lane is Tristan “PowerOfEvil” Schrage. He’s known for his proficiency on scaling mages and his mastery of building lane leads in preparation for the late game. It’s hard to pin down FlyQuest’s exact style but this can be a good thing, as there are definite opportunities for them at every point in the game.

Unfortunately, FlyQuest’s debut at Worlds will probably be a short one. They’re slotted into Group D along with Top Esports, DRX and a yet-to-be-decided Play-Ins team. Top Esports is absolutely terrifying and pretty much guaranteed to make it out. Meanwhile, DRX is favored to make it out over FlyQuest, but FlyQuest does have a chance if DRX keeps being inconsistent. Though it’ll be interesting to watch how it unfolds, it’ll certainly be difficult for FlyQuest. 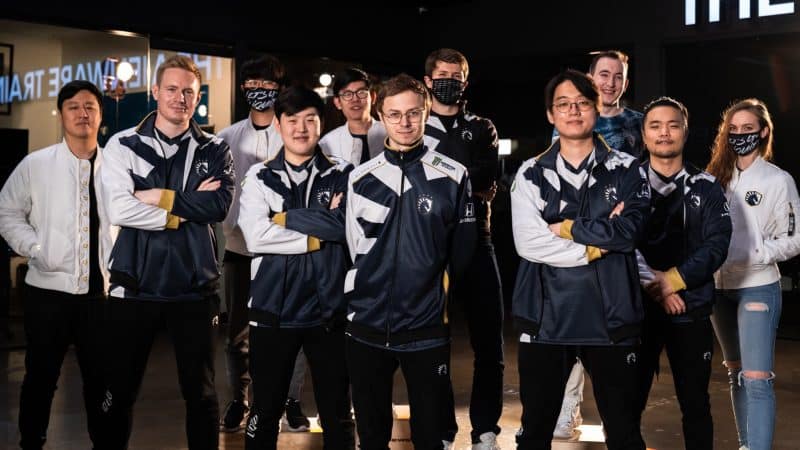 Finally, we come to Team Liquid. Unlike the past two years, TL doesn’t have the #1 seed but instead is #3. They’ll happily take that though, as this team went through quite the journey from spring to summer. The squad went through some troubles in spring and ended up in ninth but bounced back hard in summer. Here, they contested and won out over C9 for the top spot in the regular season then went into playoffs strong. They did lose to FlyQuest and TSM, but pretty convincingly beat out C9 for the third World’s seed. The growth this team has shown is unquestionable and if they continue the upward climb they can make a mark.

Without a doubt, this team revolves around MVP support Jo “CoreJJ” Yong-in. He’s a huge playmaker and consistently sets his team up for success. It’s important not to forget Nicolaj “Jensen” Jensen either. This man has stepped up for his team a ton this year and looks fantastic. These two will be the ones to keep your eyes on.

Before anything else, TL has to battle through the Play-Ins. They’re in Group A, which they should make it out of along with MAD Lions. They do have some competition, primarily from CBLOL’s INTZ, but TL shouldn’t have too many problems here overall. Once in the main event Group Stage, things definitely get more difficult though. They would have to go into either Group A or B, both of which are huge tests. There’s a slight possibility of making it out of Group A, but if they draw Group B, there’s no hope. That’s all assuming they get there though. For now, fans can eagerly await what will probably be a good Play-Ins performance from them.