Neo: The World Ends With You Review – A Catchy But Familiar Refrain

14 years ago, The World Ends With You hit the Nintendo DS and was praised for its style and innovation. It had an electrifying soundtrack, an exciting battle system that utilized the DS’ touchscreen, and the undeniable hook of exploring Shibuya, Tokyo. There was nothing like it on the market. Neo: The World Ends With You doesn’t make the same grand entrance; instead, it’s content to embrace the first game’s strengths and even some of its faults. What that leaves is an experience that’s still engaging and intriguing, but it doesn’t create a lasting impression like the original.

Neo: The World Ends With You brings in a brand-new cast and the start of a new Reapers’ Game, where players must fight to win or face erasure from the world. Protagonist Rindo gets randomly caught up in the competition when a psychic battle breaks out in front of him and his buddy Fret in the middle of Shibuya. From here, they learn they’ve been transported into the deadly game and must face its stakes: compete against other teams in various challenges around the city if they ever want to return home to the real world or die trying.

This time around, the narrative focuses more on how the places we come to love are shaped by the people with whom we experience them. It’s not quite as dark as the original, and I didn’t experience the same emotional pull, but I still liked the overall message and found the characters endearing. While the narrative is a slow-burn, the plot has compelling revelations and twists, especially how it connects to the first game’s events. If you haven’t played the original, you aren’t likely to feel the impact of reuniting with beloved characters and seeing loose threads tied up. Those aspects are where I felt the most payoff and enjoyment, especially in the finale.

That being said, the new cast quickly won me over. As a cautious and compassionate leader, Rindo is a likable protagonist. It’s refreshing to see someone who genuinely puts others before themselves, even when they disagree with them. His buddy Fret starts out very happy-go-lucky, but then his character develops wonderfully beyond just being Rindo’s lighthearted friend, and we learn why he avoids serious conversations. I also really enjoyed the awkward-yet-perceptive Nagi, who takes her video game fandom very seriously. Many characters come in and out of the story, almost to a fault, so be prepared to have a lot of faces to keep track of throughout the journey. At times, I found this overwhelming and felt it didn’t allow me to form strong attachments to non-party characters, but I also liked the feeling of a large group coming together for the good of Shibuya.

Like the first game, you can expect fast-paced combat that rewards you for chaining combos with team members to eventually “drop the beat” for devastating specials. The game still centers on “pins” to customize your abilities in battles. You can equip these on every character for their main battle ability; each pin has a specific ability on a cooldown tied to a particular button input. Not relying on a touchscreen like the first game, this works better than I expected, but I still found it challenging to keep track of all the chaos on-screen at times. Trying to play characters’ abilities using multiple buttons at a time, the combat demands you multitask, making it easy to slip up.

I loved the variety of the different pins and enjoyed experimenting to see which ones worked best together. I had abilities that unleashed giant volcanoes, let me put down minefields, and hurl vehicles at enemies. Finding a new pin and seeing how it changes your play style is a thrill. I constantly shuffled mine up and appreciated how they made me feel my growing power and helped keep combat fresh. When you’re firing on all cylinders and watching your groove rise due to your intelligent pin combinations, the battle system is extremely rewarding.

A big focus is finding abilities that complement each other, which requires some trial and error. Sometimes it’s easy to figure out, like having a tripwire ability so you can ensure an enemy can’t escape a bomb explosion. Other times, changing one pin can mean life or death in a boss battle, and you won’t know this until you’ve played – and failed – the lengthy encounter. The bosses themselves are fantastic and a highlight of the experience. Every big bad has a cool enemy design and keeps you on your toes in different ways, like having you dodge multiple lasers or finding weak points to break through.

Unfortunately, some of the enjoyment I had with the combat was brought down by another issue: subpar difficulty balancing. For a good chunk of my adventure, things would often be ridiculously easy, and then I’d hit a huge difficulty spike out of nowhere where I’d barely survive. You can adjust the difficulty at any time, but I shouldn’t have to shuffle difficulty to make a fight feel satisfying.

Another area that falters is the game’s repetitive nature. Like its predecessor, Neo is structured around the Reapers’ Game, which is a blessing and a curse. I love the chaos and frenzy of having to complete the game’s challenges, like defeating a certain number of enemies or solving riddles, but they start to feel like a laundry list of things to do. The game plays out in days, and with each day comes new tasks to reach the top of the game rankings. During this time, you can eat at various restaurants for stat boosts or buy new clothes for your equipment.

The game has a comfortable rhythm which hooked me at the onset, but the repetitive structure and lack of variety in the tasks really grated. I was excited when the new turf wars, called Scramble Slams, were introduced, until I realized they played out in the most uninteresting way. You’re just killing a certain amount of enemies in each area then a boss to take it over. These can be lengthy affairs and show up on multiple occasions during the game.

It doesn’t help that the characters’ special abilities to use within the world also feed into this repetition. For instance, Rindo can turn back time once a day, which functions as part of the overall story. I hated this, as it felt tedious and like it just prolonged every day by making you revisit the same scenes and places while sometimes fighting the same enemies again. Nagi has a “dive” ability, which lets her get to the root of people’s complicated emotions; this overused power means you’re battling more enemies to smack some sense into people. Fret can make people recall memories by tilting the left and right sticks in to complete a picture. Unfortunately, I liked Fret’s ability the least, as it requires more precision than I expected. I played on Switch, and using the Pro Controller fared better for me than the Joy-Cons. Unfortunately, the Switch version proved unstable; the game crashed several times. Even after downloading the day-one patch, the issue persisted.

In some ways, it’s disheartening that Neo: The World Ends With You doesn’t evolve much from its predecessor. It may even feel like a step back, but there’s still a fun game here that I had trouble putting down. The world draws you in, the boss battles provide a worthy challenge, and I loved watching the relationships between characters grow. There’s also some excellent payoff for fans of the first game. Exploring Shibuya and dropping the beat is still a delight, and the music captivates you in the best way. 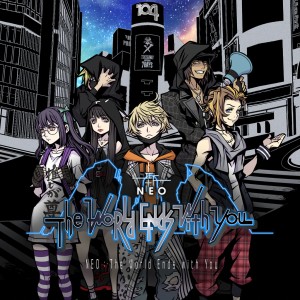 Summary: Neo: The World Ends With You faithfully mirrors its predecessor – for better or worse.

Concept: Bring back the Reapers’ Game, where players must fight for their lives, with new characters and events that tie into the original game

Graphics: The comic-inspired dialogue sequences look great, as do the detailed cutscenes, but the environments aren’t all that impressive

Sound: Composer Takeharu Ishimoto is back and delights with catchy tunes that capture the city’s style and essence. The beats are so infectious they stay in your head long after powering the game down

Playability: The mechanics are easy to grasp but can take some time to master. The controls have you focusing on a lot of button inputs in the heat of battle, which can be difficult to keep track of

Entertainment: Neo: The World Ends With You faithfully mirrors its predecessor, offering entertaining combat, endearing characters, and a fabulous world to explore