Everyone here at Bloober Team is thrilled to bring you our next-gen horror game, Observer: System Redux. PlayStation 5 has opened new doors for us to retell this story, allowing opportunities to add new content and features that were previously unattainable.

We’ve taken all the content from the original Observer, and upgraded it with next-gen features like 4K resolution, upgraded textures, new animations, models, and effects, all transformed with ray-tracing and HDR lighting. We’re taking full advantage of everything the PlayStation 5 console has to offer, including new features built into the DualSense wireless controller. Observer: System Redux also contains three new missions created specifically for this definitive version of the game.

At Bloober Team, we’re horror experts who believe a compelling story is as important as jump scares. We’ve been building games in the genre for a while with hit titles like Layers of Fear, Observer, and Blair Witch under our belts. Observer: System Redux, which will be available on PS5 at launch day, is a dark cyberpunk thriller that tells a deeply personal story about a mind-hacking detective in search of his missing son. Along the way, you’ll solve cases by hacking into minds to experience visceral psychedelic scenarios and discover more about the dystopian future this story is set in.

Horror games are all about crafting a sense of feeling. To achieve this, we weave audio and visual cues throughout our narrative and use lighting tricks to direct the eye. Now, the DualSense wireless controller and the newly unleashed visual capabilities of PlayStation 5 give us the opportunity to further immerse our players in this world.

At the studio, our mantra is “Immersion is king”— our goal is for players to truly believe they are the character in the horror story they are playing. The PlayStation 5’s new tech has helped us more fully realize the world of Observer in Observer: System Redux. Ray tracing and 4k visuals have let us create even more realistic environments, while the extra power of the console means better animations, more detailed faces, and smoother movement, all contributing to the overall immersion. 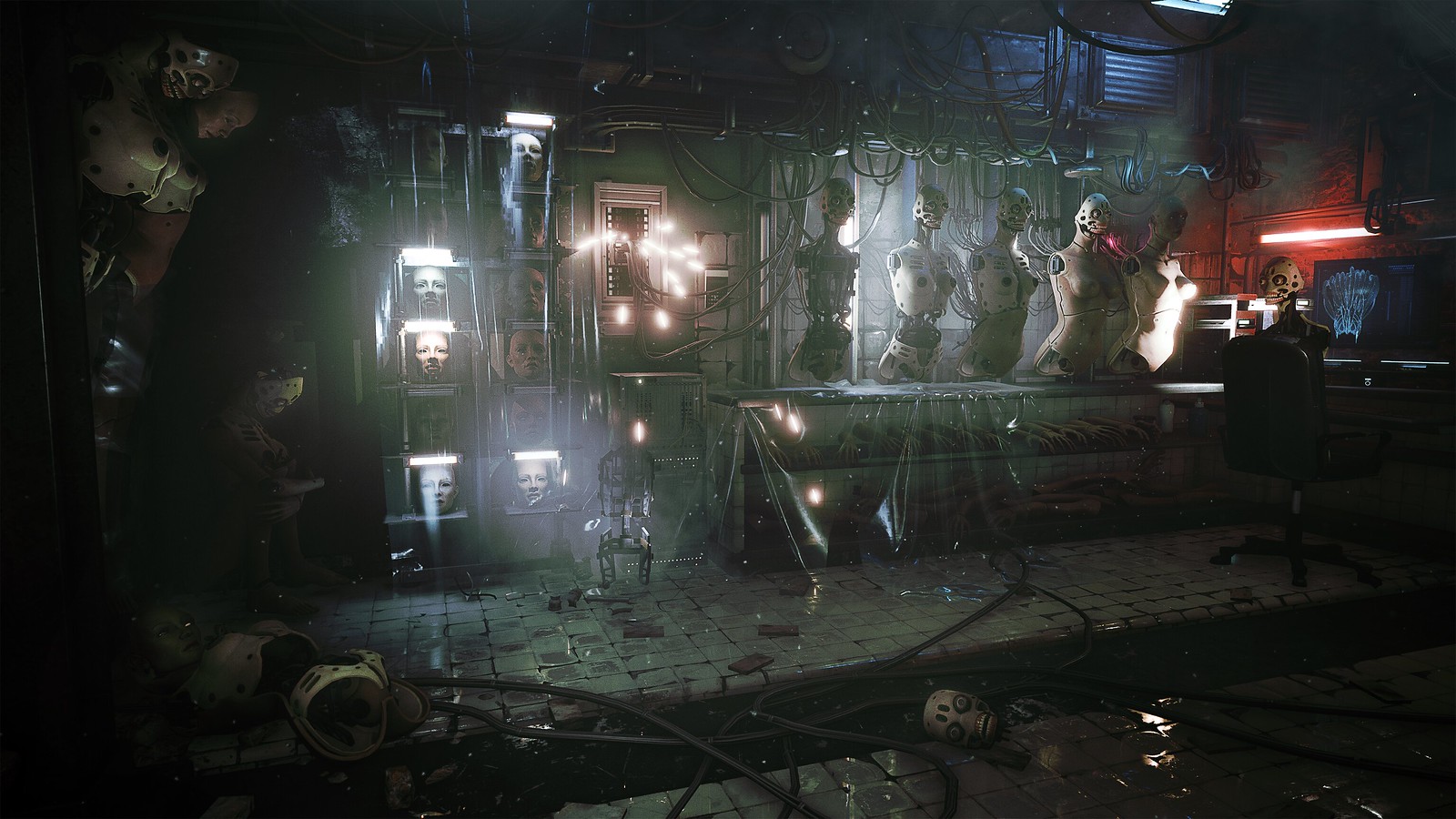 An especially cool feature to design around is the DualSense wireless controller. With Observer: System Redux, we’ve envisioned the DualSense haptic feedback as a way to better bridge the gap between the experiences players see and hear in the game by providing sensations they can feel in the real world. The controller becomes an extension of the player’s senses. Thanks to DualSense, the player will feel the weight of items in the game, sense the presence of scanned evidence—all features that are only possible with the DualSense wireless controller.

Pressing a button and getting a “Can’t move this” or “Locked” message when interacting with immovable objects in a game isn’t fun. The  DualSense wireless controller allowed us to create realistic sensations thanks to its haptic feedback. Try and open a locked door and you’ll feel the resistance through the controller. Similarly, the DualSense wireless controller will simulate opening a door or moving a heavy object such as a bookshelf. It feels like you’ve interacted with that object in the game world. Equally when you unfold cables or hacking devices, you’ll feel the resistance and vibrations through the controller as if you were manipulating these in real life. When you run, you’ll feel the weight of your character as every footfall is registered through the haptic feedback. 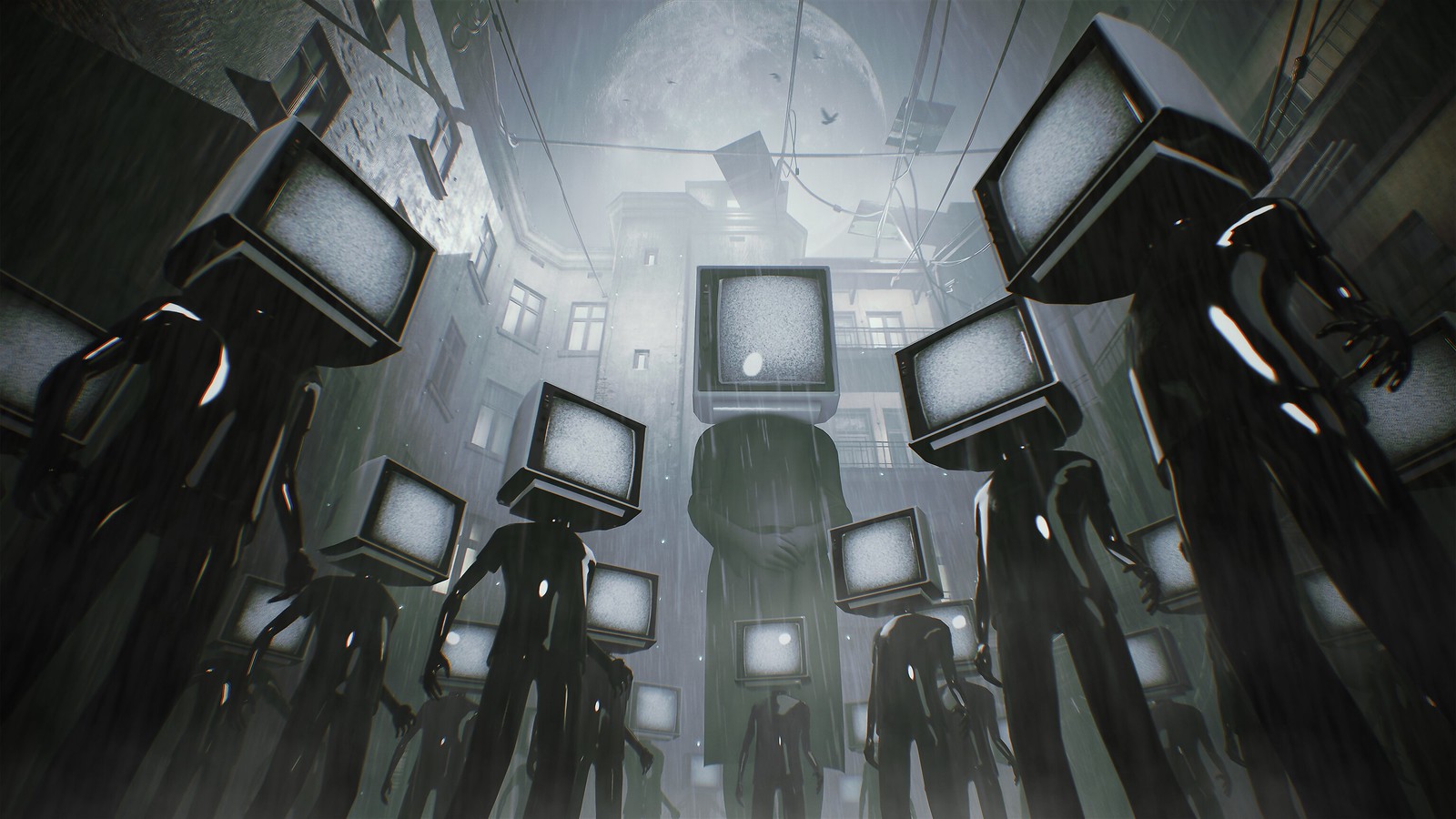 Dream Eater sequences, in which you hack into a suspect’s mind to piece together clues or look for information, are a mainstay of the Observer experience. When you are preparing to dive into a subject’s mind, the DualSense wireless controller feeds you long anticipatory pulses as the cable draws near, followed by a sharp vibration at the moment of entry. Lastly, we want players to jump in the tense moments during Dream Eater sequences, such as when they’re attacked. At the moment of impact, your DualSense controller’s vibration will surely get your heart racing.

We like to think of the DualSense wireless controller as an additional way to tell the story. If you’re in a dark room and suddenly you can feel subtle vibrations and pulses coming from the controller, it heightens the mood and adds to the atmosphere. Subconsciously, you start thinking “What’s about to happen here?” That question helps build the tension that horror fans crave. Similarly, in more action-packed scenes – like when running from a monster and a stuck door isn’t going to open – you’ll feel that, thanks to haptic feedback. You literally can feel the danger on your skin. It’s amazingly scary! 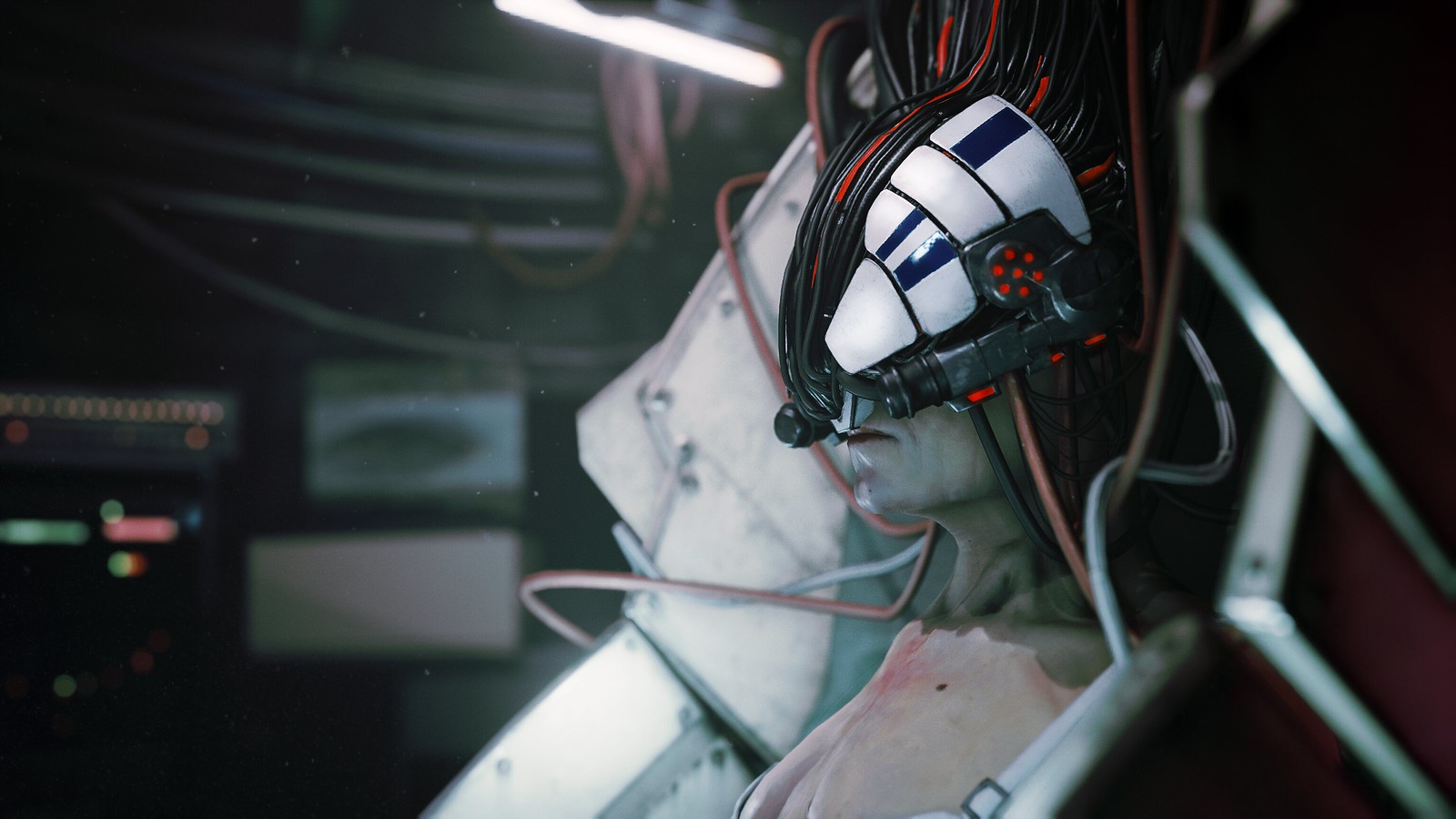 PlayStation 5’s features are hugely helpful for all games. 60FPS isn’t just great for shooters: System Redux’s 60FPS helps solidify the fear of our psychological horror. What we were particularly interested in were the fast loading times enabled by the PS5’s SDD which let us create scenarios that aren’t cut up by loading screens or level design elements that funnel players into areas like elevators and corridors to mask loading. In System Redux, you’re no longer left waiting for a door to open.

I don’t know if we’ve gone too far with this horror experience, but all the work we’ve done with these features has given us some amazing ideas for the future. We’re excited to see longtime fans of Observer and players new to the story experience everything Observer: System Redux has to offer when we launch November 12 on PlayStation 5.