Each week, ESI Digest breaks down the weekly happenings in the esports industry, making sense of things so you don’t have to. As well as being housed on YouTube, ESI Digest is available on all major podcast platforms and is also available in written form below.

This edition of the ESI Digest is in partnership with GRID Esports.

Sticker and trading card company Panini has announced the release of a digital Superliga sticker album in collaboration with tournament organiser LVP.

The Superliga album will include pages of the teams that will be participating in the Spanish League of Legends regional competition. The sticker album will feature players and coaches, as well as the shields of the teams, their kits, or the stadiums from where they play the matches.

The partnership will see the operator’s logo appear on Team Liquid’s jersey. Moreover, Verizon has been named as the organisation’s official 5G partner. 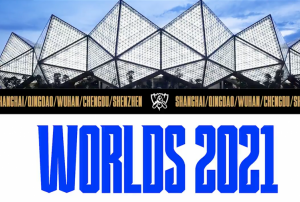 The announcement named Shanghai, Qingdao, Wuhan, and Chengdu as stops in the multi-city tour before ending at the Universiade Sports Centre in Shenzhen for the World Championship Finals, scheduled for November 6th.

The multi-year partnership will see Aim Lab provide Rainbow Six Siege players with access to its scientific training platform. Moreover, players can use its machine learning technology to deliver analysis and insights regarding player performance.

Clarissa Avendano and Martin Kim have been promoted to the position of Chief Financial Officer and Chief Revenue Officer respectively. In addition, Gina Chung Lee has been appointed as the organisation’s Chief Marketing Officer. All three names held senior executive roles at Gen.G.

ESI Digest, in partnership with GRID Esports, is part of the ESI Podcast Network, a collection of podcasts encompassing the esports industry. For deep dives into the major areas of esports with subject matter experts, check out ESI Focus. For conversations with key personnel and major stakeholders in esports, ESI Insight is the series for you.

The PS5 features bringing A Plague Tale: Requiem to life

Death Road to Canada MANDIBLE and NERVE Updates Arriving Together for Mobile, Extended Halloween Event Coming to PC This Month

The PS5 features bringing A Plague Tale: Requiem to life

Death Road to Canada MANDIBLE and NERVE Updates Arriving Together for Mobile, Extended Halloween Event Coming to PC This Month