Streets of Rage 4’s new Survival mode launches July 15: find out how it was created

Bonjour! I am Jordi Asensio, Lead Game Designer on Streets of Rage 4. I worked on the game’s design system, character integration, level design, and game modes. Today I would like to introduce the new Survival mode, as well as the new characters that will be playable in our DLC, Mr. X Nightmare – available on July 15.

We always wanted a Survival mode for Streets of Rage 4, but we decided to focus on the campaign first so as not to sidetrack production. It was a tough decision, but we knew it was the right one.

With the game released, we could focus on a post-launch expansion. I started poring over previous ideas we had as well as player feedback. I noticed that fans wanted, in addition to new content, new ways to play. So we tackled the challenge on two fronts: gameplay (characters and mechanics) and content (enemies, stages).

I also wanted to use this opportunity to inject a sense of power progression into our core gameplay experience , without overloading players with overelaborate RPG elements that’d negatively impact the game’s rhythm. That’s how the idea to use Perks came in.

We made sure that our first Perks were built on existing gameplay systems. This early batch was pretty simple: increasing the character’s strength, defense, and speed, and giving them weapons. We then added more unusual stuff – elementary effects (fire, thunder, poison). Once we moved forward with this concept, we added new ideas – for example, cursed Perks with both positive and negative effects. We also identified synergies between Perks to create surprising combinations.

After this came months of testing and balancing. 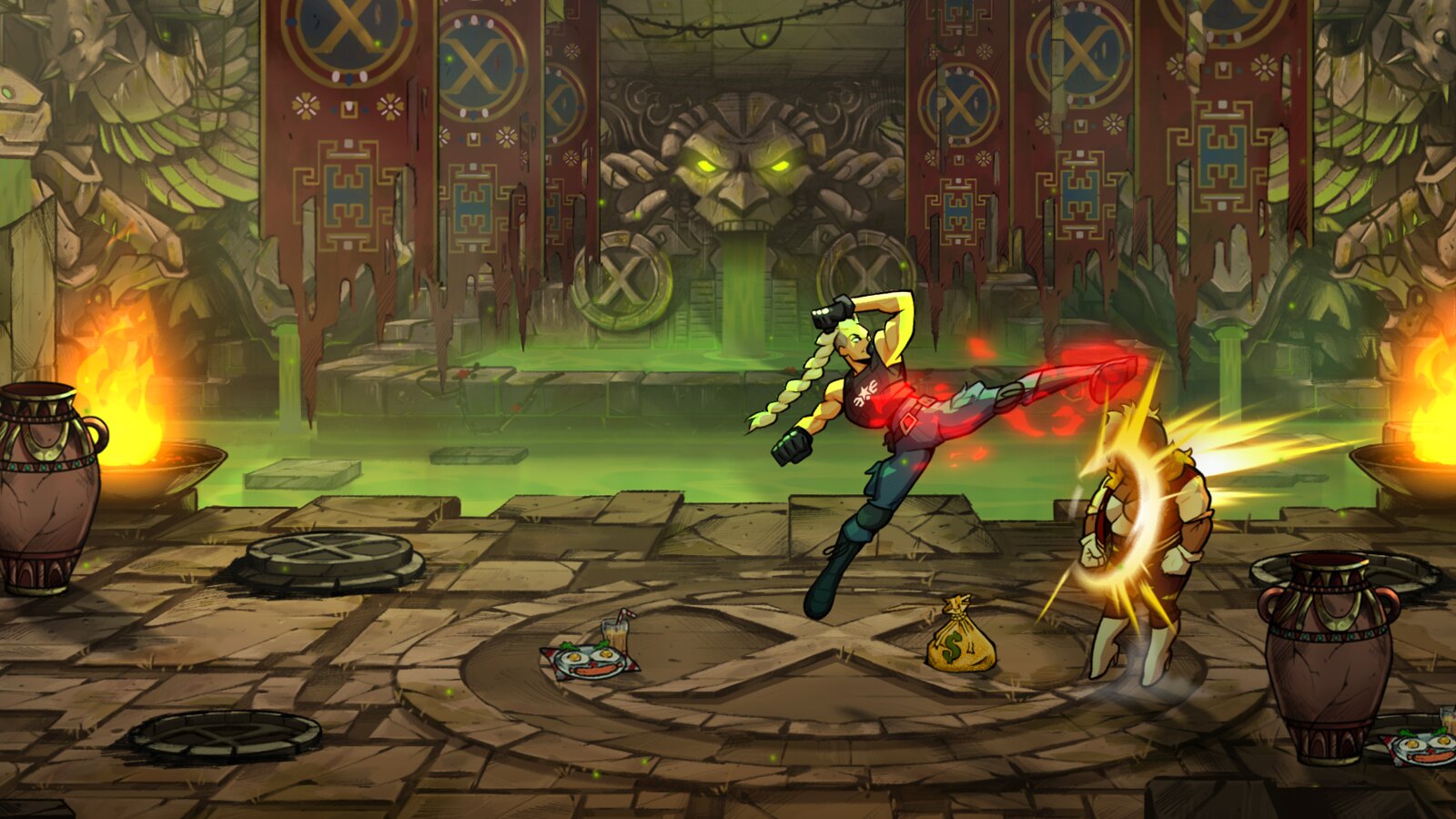 In Streets of Rage 4’s Survival mode, the player uses the remnants of Mister X’s brain to enter a simulation. This simulation produces waves of enemies in trap-filled arenas. After a wave is beaten, you can choose between two Perks that remain active during your entire run.

There’s no selectable difficulty. We instead designed runs around three phases: early, mid, and endgame. To pull this off, we worked diligently on the relationship between the difficulty curve and player power. 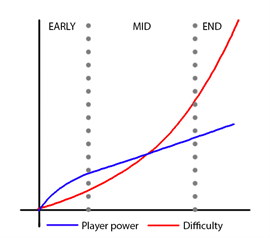 In the early game, the player starts shaping their build and approach to the run based on Perk selection. The average player will face a good challenge, while more advanced players will focus on building momentum for what is to come, thanks to combos and scoring which rewards players with Star moves. Midgame is where the curves synchronize – the player’s skill will be determinant here. Endgame is where a player’s skill and use of perks will determine how long they can survive..

In order to keep every session engaging, we had to create a system to generate enemy waves – one where randomness helps create crazy situations but still built up on specific rules. Enemies are divided into categories:

Fodder goons: enemies that occupy the screen more by their numbers than their strength.

Advance goons: enemies with specific attacks. You’ll need to use smarts to beat them.

Elite goons: these are game-changers requiring you to adapt your strategy and not put a foot wrong.

With these in place, the game can design waves just like we did for the main campaign and create interesting combinations: 4 fodder goons + 2 advanced, 8 fodders + 1 elite, 2 elites, etc.

Each enemy has a rank value, every level a value cap (as example, level 4’s rank cap is 400).To keep advanced players challenged, procedural generation can exceed that cap. A rubberband system balances things though: hit 450 in a level and the next starts at -50. The reverse is true, so be careful! 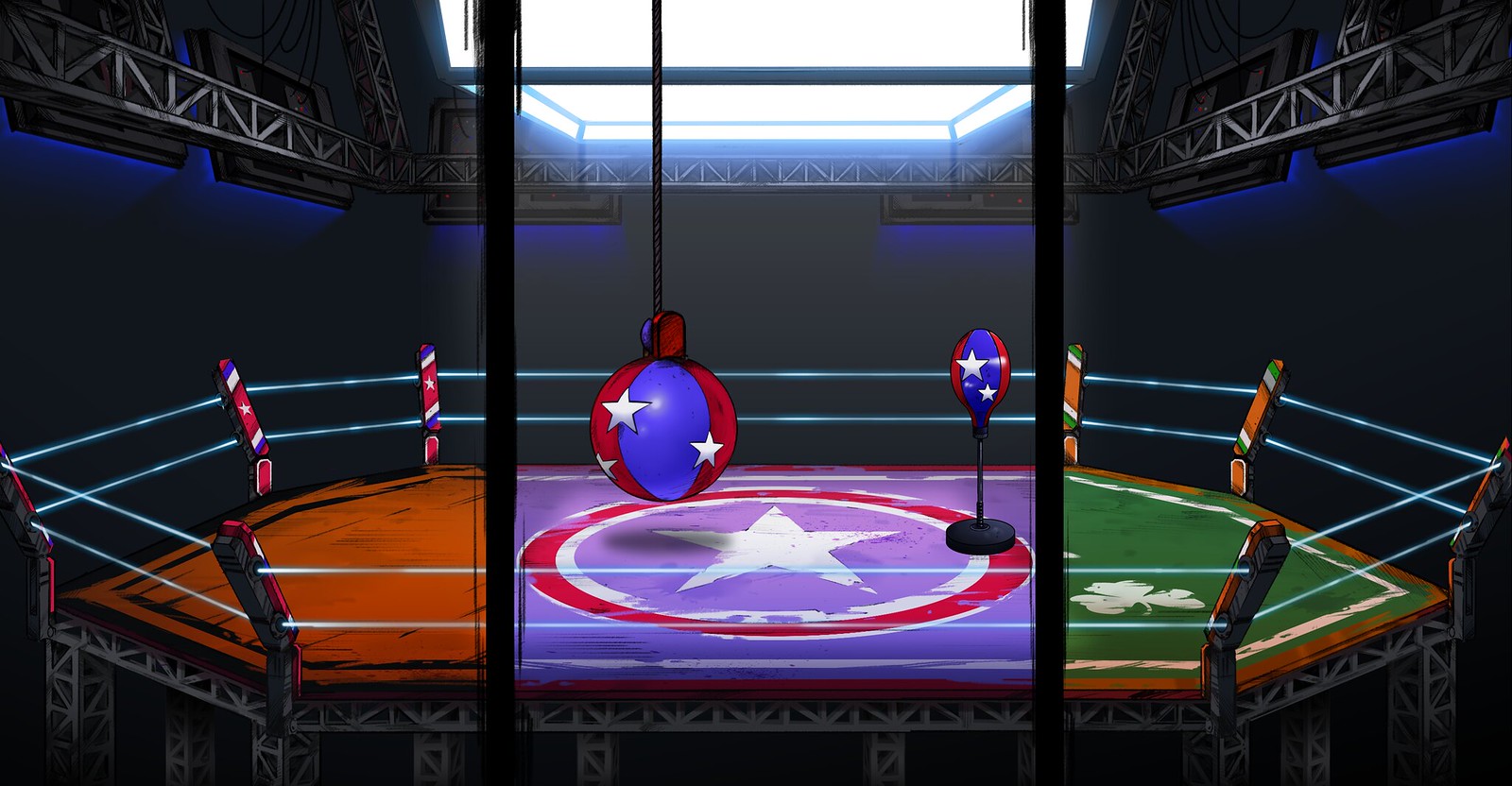 The mode features arenas that are completely new. We wanted to create a feeling of oppression, that sense of survival, pushing players to their limits. We brainstormed new biomes and unique traps for each. 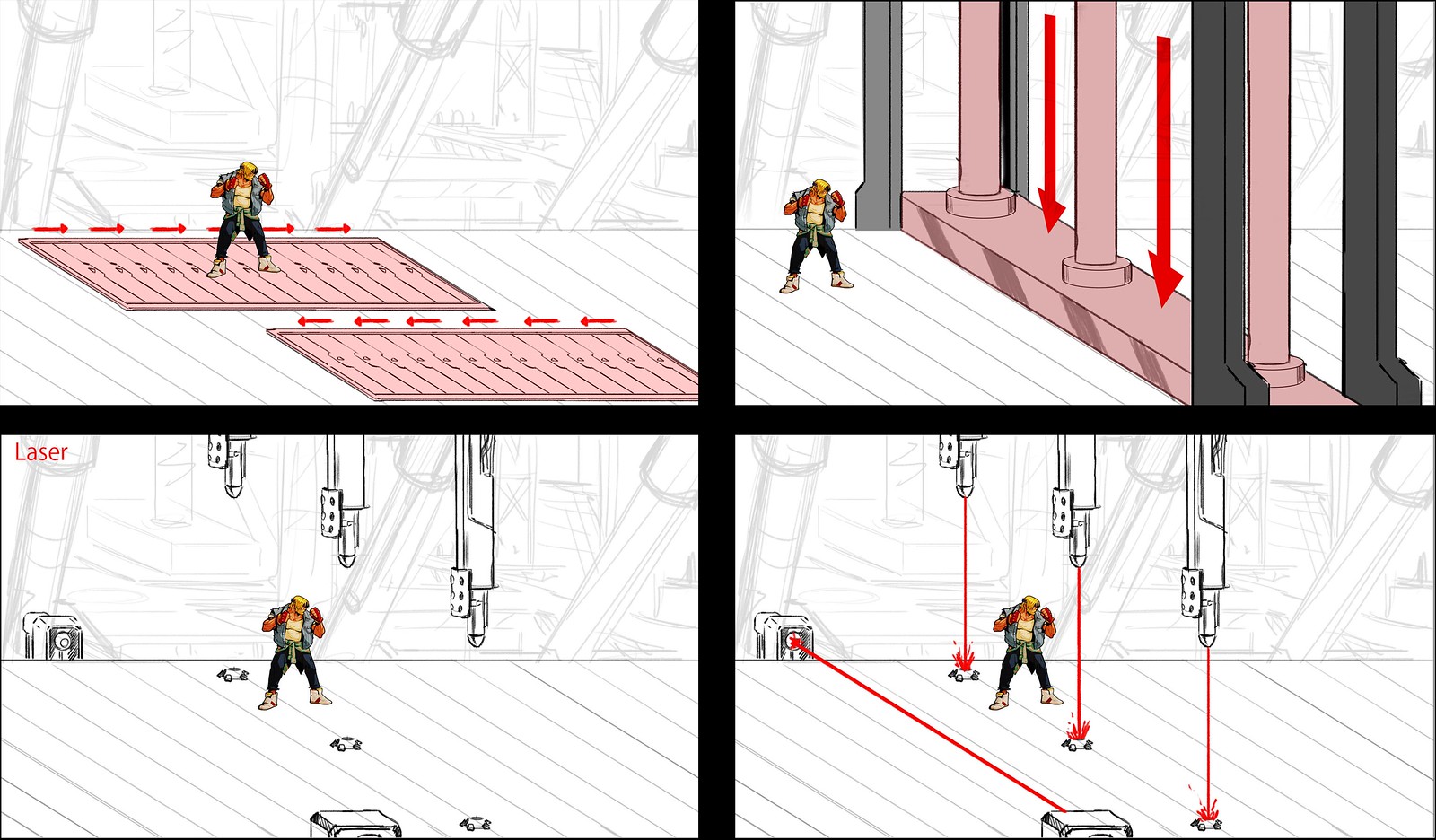 Concepts for traps in the factory biome

Having new playable characters but no new enemies would have been a missed opportunity! So while the art team was busy crafting all of the playable characters, I decided to select sprites from the original games. A total of 30 retro enemies are integrated into SoR4, including a couple of bosses that still give players nightmares.

Even though I tried to align most of them to the spirit of the original game’s AI, they still had to be adapted to the SoR4 game system. For example, some retro enemies kept using invincible attacks, so we replaced them with armor attacks. This means that they can absorb a few punches while still seeing their health bar impacted.

As soon as the team got the green light for a DLC, we started working on Max, Shiva, and Estel. Demands from fans were very strong for this trio and we already had a head-start since their character design was done and some animations were already integrated.

Max is a grappler, of course. He is a slow character in SoR2, but experienced players can be very fast with him, so I needed to keep this in mind while adapting him to the new game’s system.

For Estel, we had carte blanche so we decided to give her a unique, very direct and hard-hitting style compared to the other two characters. We also added explosives and incapacitating grenades to her regular move list.

I wanted to build the Shiva character around his combos.. For Shiva’s alternative moves list, I was inspired by his special attack as a boss in Streets of Rage 4. I was able to create a lot of techniques based on the creation of clones.

Perks are a key element of rogue-lite games, and we searched for inspiration and elements that could be used in the SoR4 game experience. After the release, I created for fun an alternate version of Axel with a brand-new set of moves using animations and art that already existed. I then added some FX on it. This is how the idea came about to permanently unlock new moves as a reward in Survival mode. Since you can fully customize your character’s move set, this DLC gives players plenty to discover. And once you’ve unlocked everything, you’ll want to try every combination yourself in order to get the highest score.

Sackboy: A Big Adventure is coming to PC on October 27

‘GRIS+’ Is This Week’s New Apple Arcade Release and It Is Out Now Alongside Big Updates for Taiko No Tatsujin, LEGO Brawls, and More

Sackboy: A Big Adventure is coming to PC on October 27

‘GRIS+’ Is This Week’s New Apple Arcade Release and It Is Out Now Alongside Big Updates for Taiko No Tatsujin, LEGO Brawls, and More