Hello gentle readers, and welcome to the SwitchArcade Round-Up for September 17th, 2020. By the time you read this, Nintendo will have shown their latest Nintendo Direct Mini: Partner Showcase. As I write this, however, it is in the future. We will therefore have to bravely take on the monstrous task of covering whatever massive news comes from the presentation in tomorrow’s article. For today, we’ve got summaries of all of the newest games that hit the eShop today. Naturally, we’ve also got the incoming and outgoing sales to chronicle. Let’s rise up to the challenge!

Hey, remember Mini Motor Racing? It was pretty fun when it released on mobile… almost nine years ago. Phew, those years go fast. I just went back and checked our review for the game and couldn’t help having a little chuckle at people in the comments complaining that the iPad version was priced at $3.99. Well, anyway. The game made its way to various platforms with enhancements and new additions to its title, and here it is in more or less the same form as its PlayStation 4/VR version. While there are various angles you can view the game from, it’s primarily designed as an homage to the classic top-down Micro Machines games. There’s online and local multiplayer here for up to four players, and a nice chunky campaign mode for those who prefer to fly solo. It’s a pretty solid package all-around for fans of arcade racing. 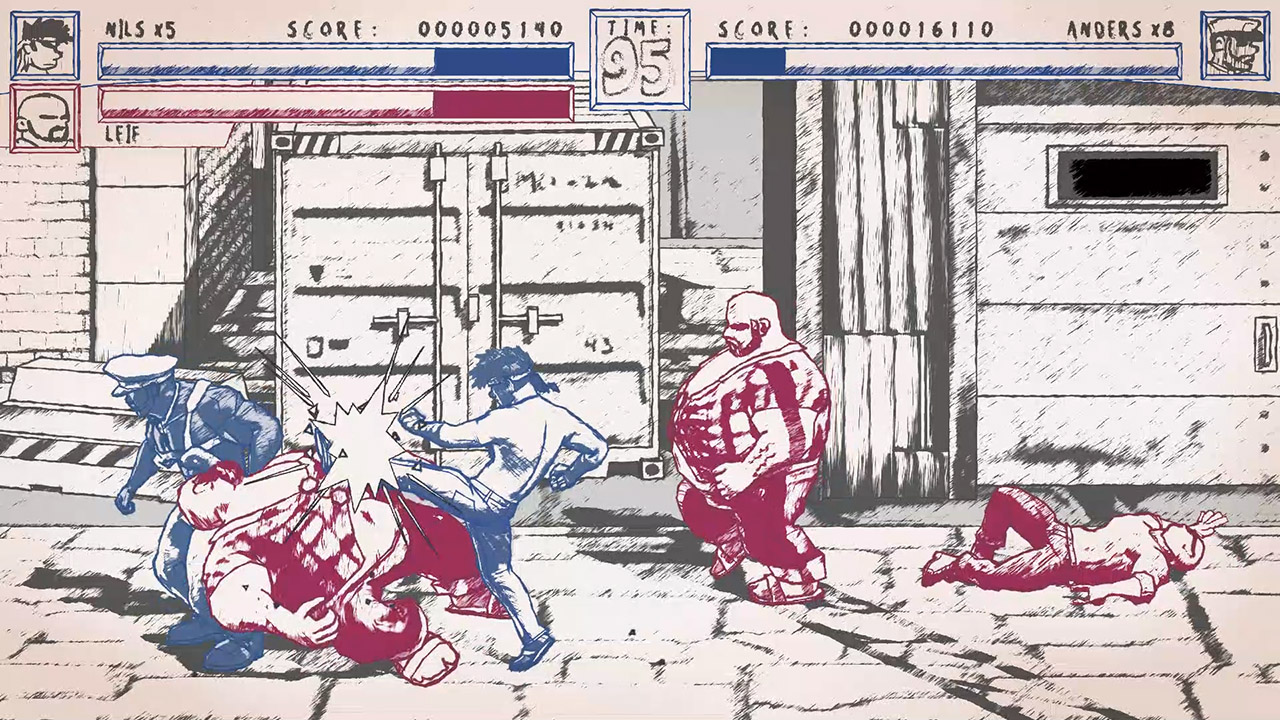 Gunman Clive creator Bertil Horberg is at it again, and by “it” I mean releasing a really cool game for a ridiculously low price. This time around, it’s a beat-em-up. The striking style certainly calls Gunman Clive to mind, a stark contrast from the more vibrant and colorful Mechstermination Force. But it fits the genre and setting quite nicely, helping the game stand out in a field where that’s sometimes hard to do. Two players can team up against the bad guys, but there’s no online support so you’ll need to yank someone onto the sofa with you. If you enjoy a good round of fisticuffs, this is a very easy recommendation. 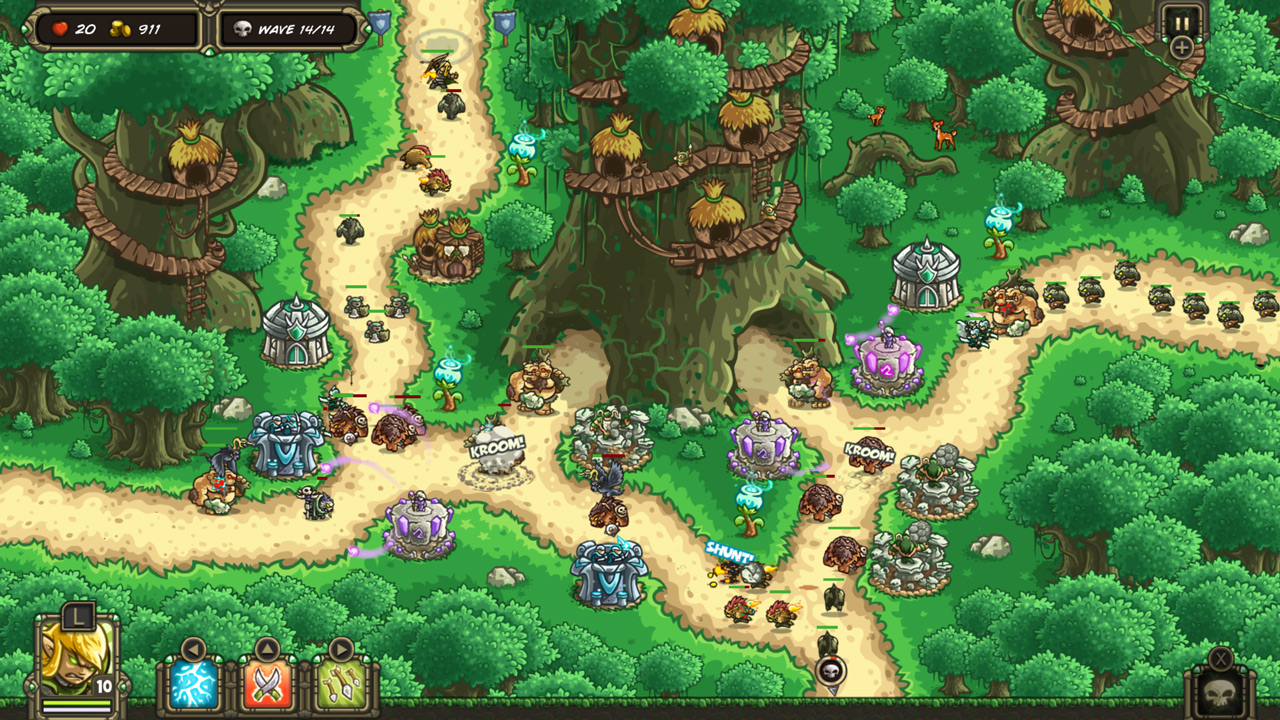 Well, you had to see this one coming. After Kingdom Rush Frontiers and Kingdom Rush both came to the Switch successfully, you knew it wouldn’t be long before Kingdom Rush Origins followed. Spoilers: Kingdom Rush Vengeance will probably come later. This prequel was the third installment in the popular tower defense series on mobile, telling the tale of an adventure that predates the events of the previous two games. You’ll play with new towers, troops, enemies, and join forces with 16 legendary heroes. It’s more or less another big serving of the same kind of gameplay seen in the previous two releases, so if that’s what you want, here you go. 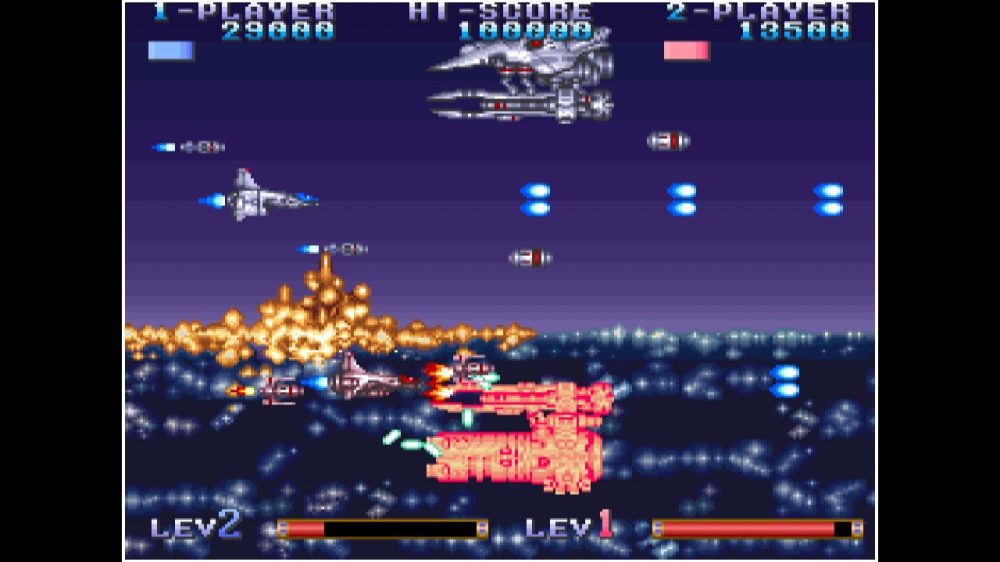 Jaleco… Jaleco as far as the eye can see. This week, Hamster digs into its bag of pinch-hitters and pulls out Jaleco’s 1991 horizontal shoot-em-up, Earth Defense Force. No relation to the bug-hunting one, sorry. But it is related to the shooter that is already on the Switch Online Super NES app. That game is a port of this one, and to tell the truth I don’t think this game is good enough to be worth double-dipping on. The arcade version is better, particularly with regards to the soundtrack, but that’s about it. 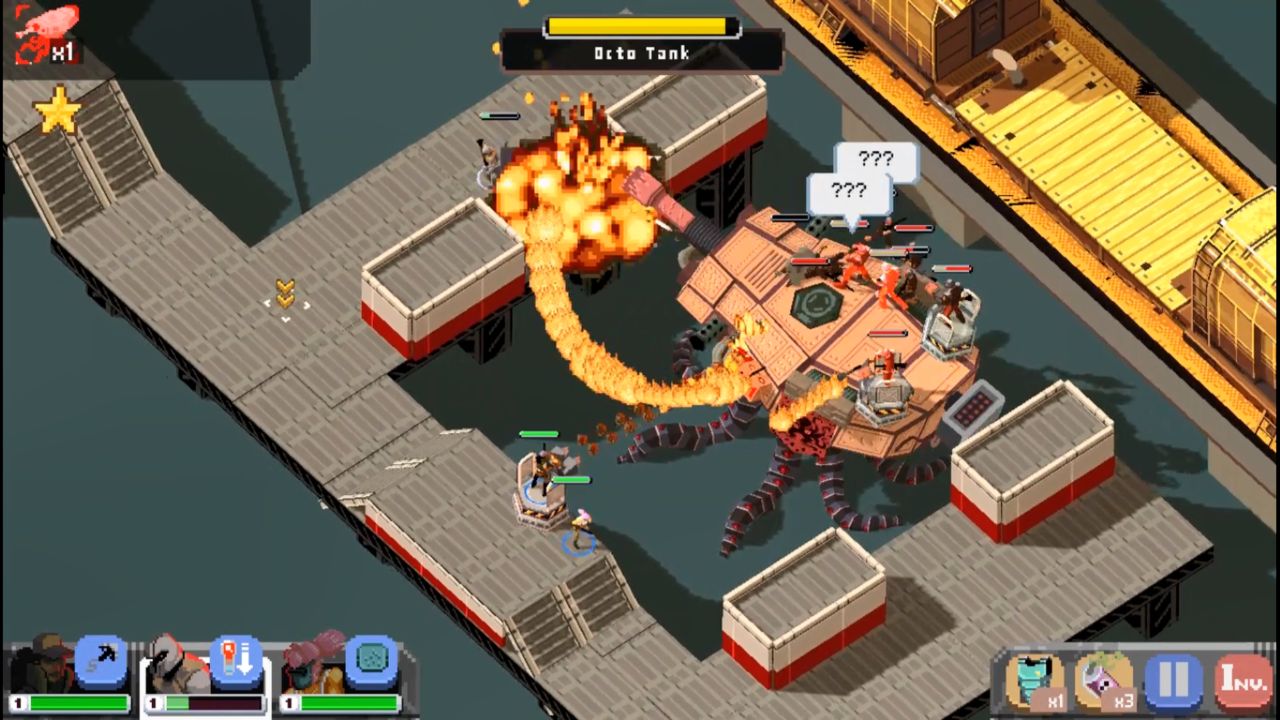 Okay, yes, the name sounds like a euphemistic term for canine excrement. Let’s all be mature adults here and try to move forward. This is a real-time strategic action game inspired by GI Joe and other 1980s cartoons that sees you commanding a group of mercenaries as they battle the evil forces of Octopus Commander. Take on missions, earn some loot, upgrade your team, and repeat. There’s a bit of Commandos: Behind Enemy Lines feeling to the proceedings, and the challenge ramps up quite a bit as you go. Oh yeah, there are vehicles! They control like garbage! As a whole, it’s not a bad little game but unless you’re really jonesing for anything resembling Commandos or, I guess, Cannon Fodder, it’s hardly worth getting excited about. 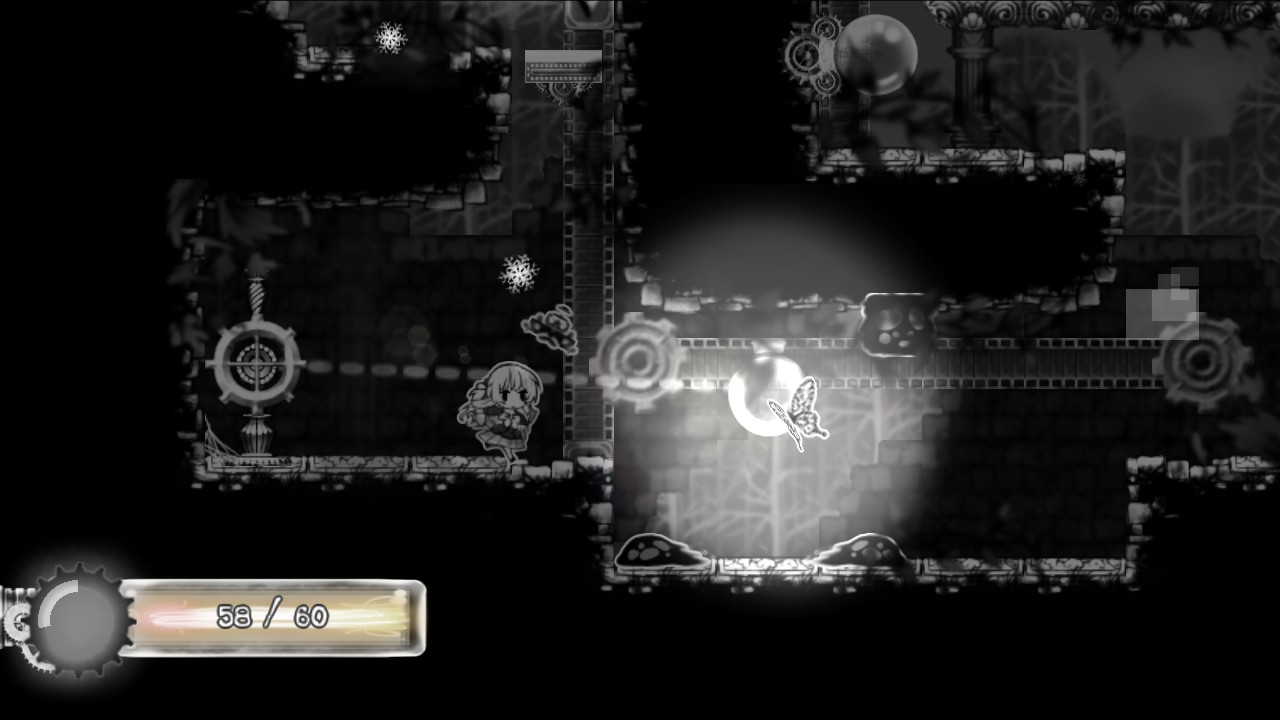 Ah, another Limbo-inspired puzzle platformer, eh? Really… really just going to re-use that whole black-and-white motif? Alright. I mean, at least it incorporates it into the gameplay. You have to manipulate shadows and light to solve the puzzles on your road to restoring light to the world. Monsters hide in the dark, and you can only restore your stamina in the light. The presence of light or darkness will cause certain traps to appear or disappear, so it’s all about knowing when and where to make use of your Butterfly that lights the way. It’s not purely puzzles, however. You’ll have to engage in a bit of the old hop-and-bop with some monsters, and there are bosses to battle as well. It would be nice if this game were good, but I don’t have a lot of trust in its publisher, CFK. I suppose we’ll see. 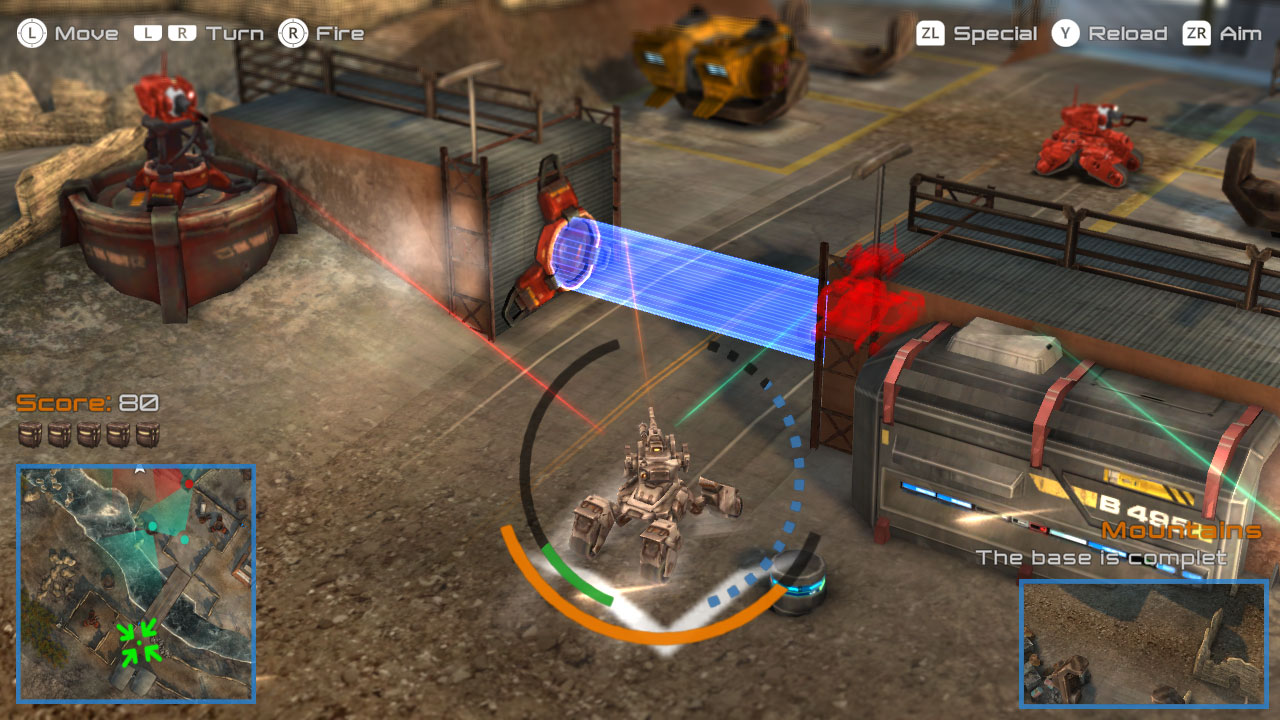 There are a lot of games that were on iOS at some point releasing on the Switch today. This is another, having launched earlier this year on mobile. If I’ve got my info correct, it’s the work of a single developer, which is rather impressive all things considered. While it was apparently inspired by EA’s old Strike series, you’re controlling a tank-like mech rather than a helicopter. The pace is slow and deliberate like those games, however, so you need to use careful strategy to win the day. There’s a campaign mode, a versus mode, and a survival mode. All of them offer online multiplayer options, and there is cross-platform support. Amazingly, the game also supports the Nintendo Toy-Con VR headset. That’s pretty cool. It’s a bit clunky in places but I can think of worse games to throw money at. 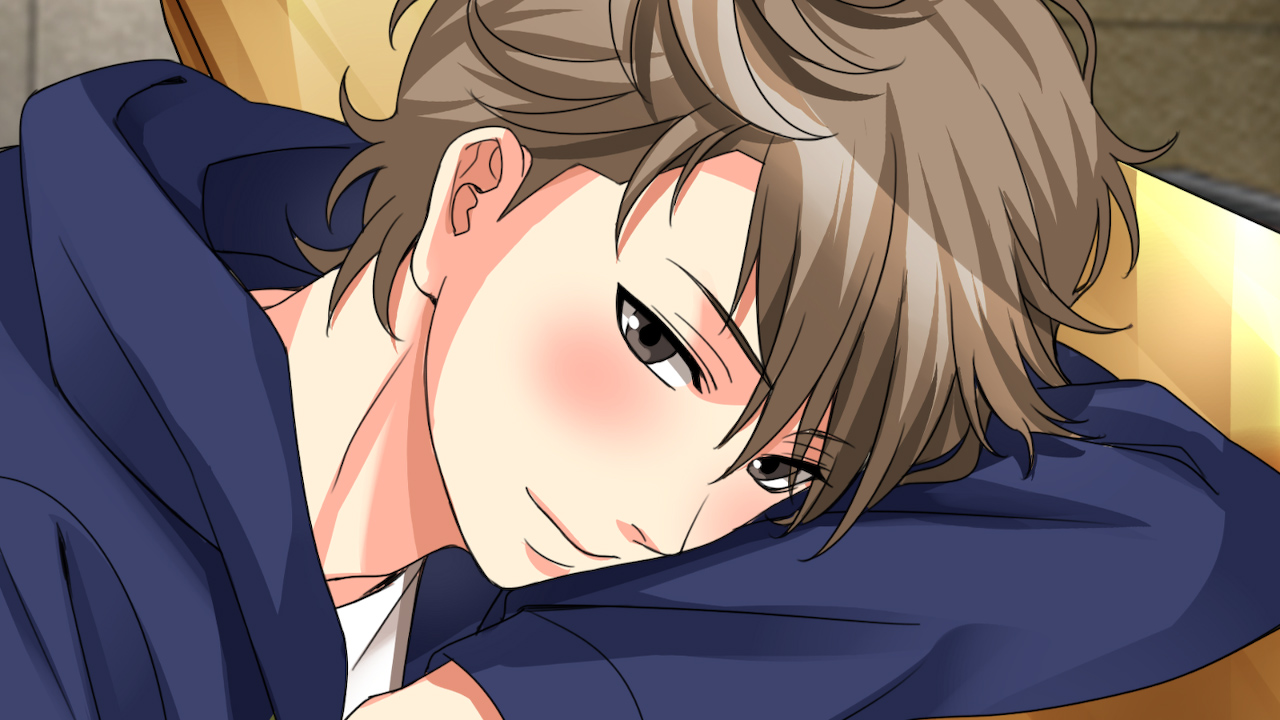 Ah, a romance story that starts with a sham marriage. They have to pretend they are in love, but in doing so, will they actually fall in love? Ha ha, there were movies like this in the 1980s and 1990s all the time. A full 75% of them starred Gerard Depardieu. He is not in this game. Instead, his role will be played by one of five hunky young men, each fitting one of the classic types for these otome visual novels. They all have impeccably-styled hair and high-paying jobs, and frankly neither of those things describe M. Depardieu either. This is a fairly standard Voltage romance game, so don’t expect anything surprising here. 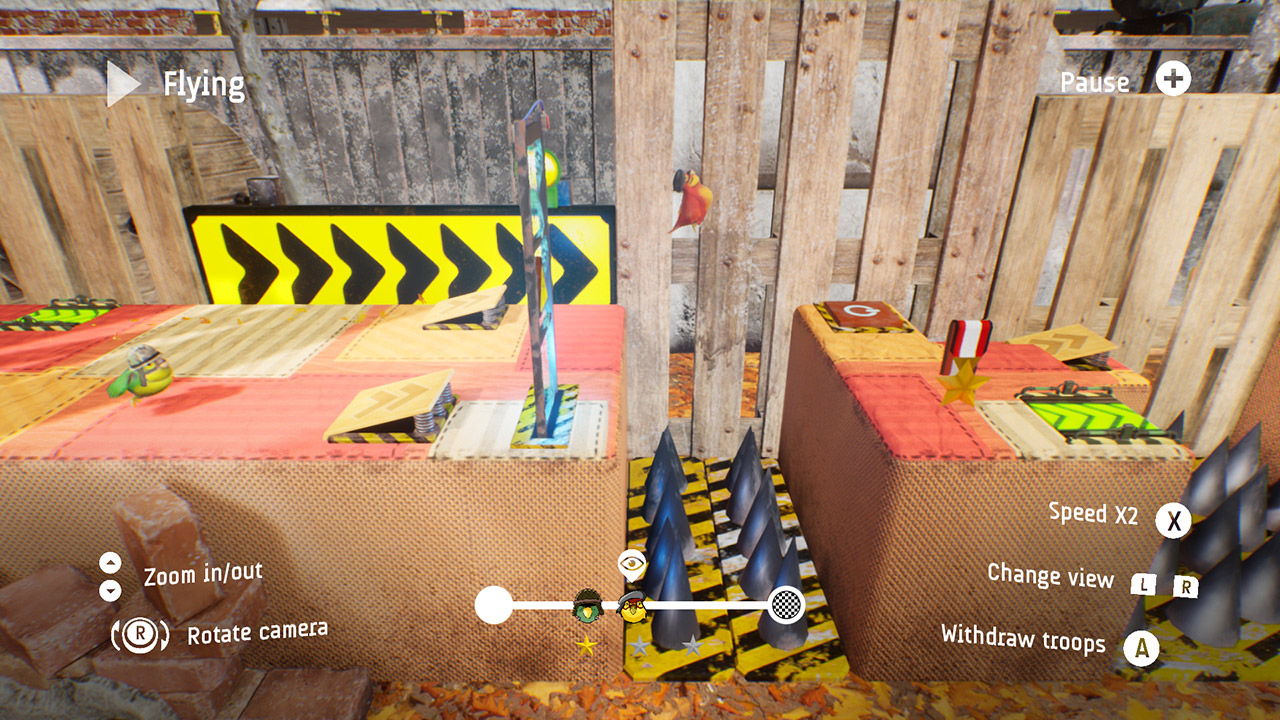 A puzzle game with shades of Lemmings, Flying Soldiers sees you trying to bring a squad of semi-competent birds to the goal in each stage. You’ll have to make use of an assortment of items and the different abilities of the birds to get the job done, and it’s really going to take some careful thinking with some of these challenges. Those with sharp memories may recall this from when it released on the App Store more than eight years ago under the title Non Flying Soldiers, where it sold for a buck and eventually went free. It’s not a bad game, and I think a dollar was a bit cheap for it. Eighteen dollars? Well… no, I sure wouldn’t. But maybe you would? 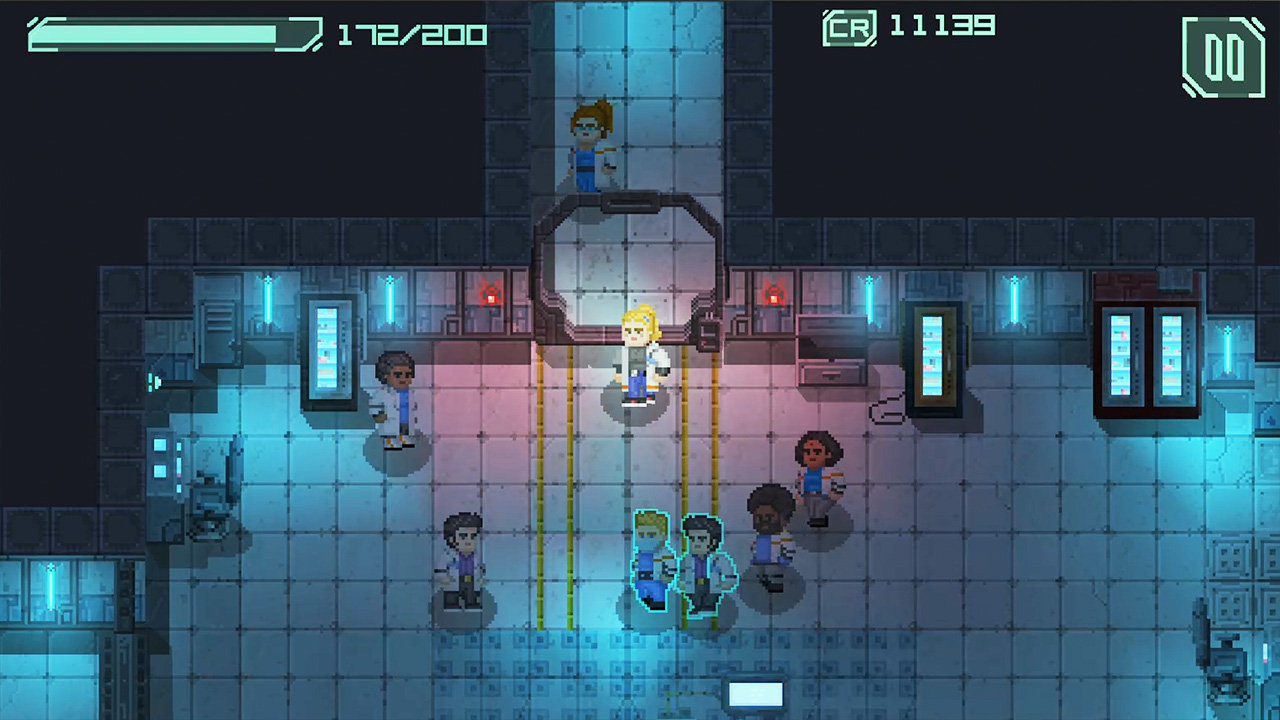 This is a prequel to Ailment, which released on the Switch earlier this year through publisher Ultimate Games. This time around, the developer decided to self-publish. Anyway, if you’ve played Ailment you’ll find this game quite familiar in many respects. It’s a top-down shooter with some RPG and roguelite elements tossed in for good measure. Not the slickest or smoothest game of this sort on the platform by any means, but there’s a certain rugged charm to it. I’ll probably do a Mini-View of this one early next week. 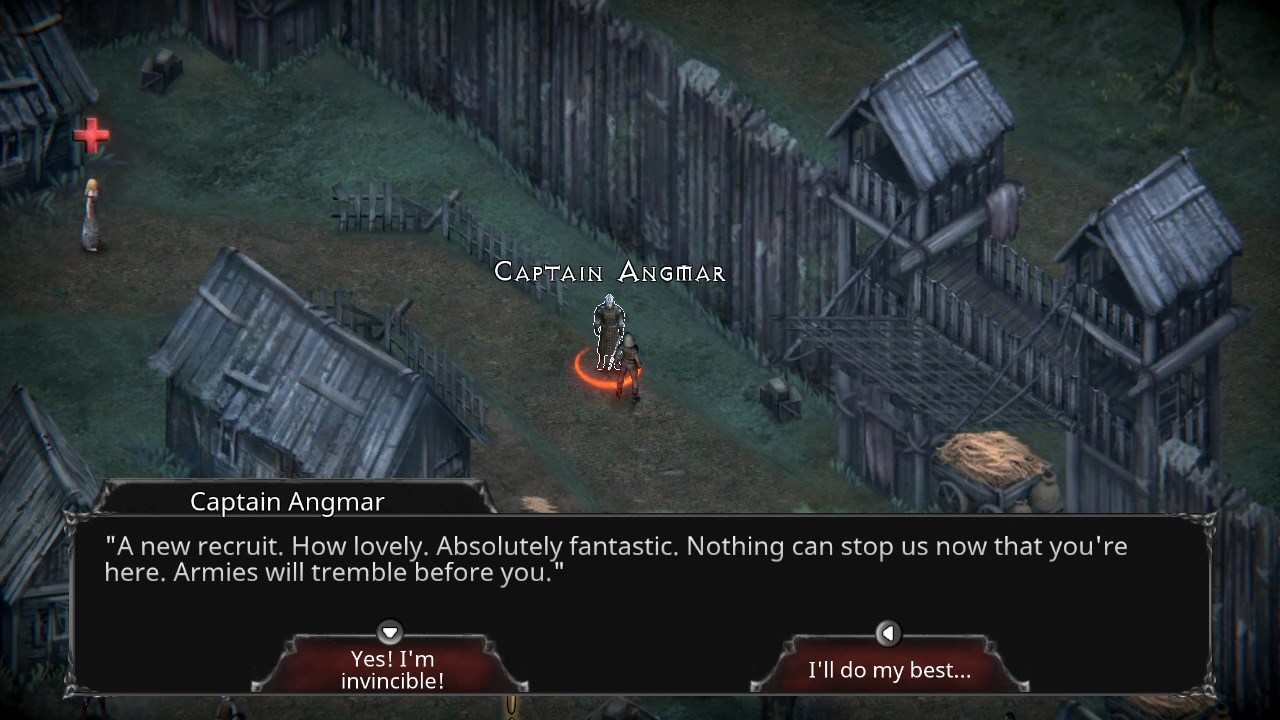 Yes, this is essentially a port of the game that released on mobile a couple of years back, except with all the content included and none of the IAPs. It is grindy as heck, but it somehow works as a simple RPG when you just want to check out for a while without thinking too much. Battles are turn-based affairs, and the setting is at least interesting. I don’t think it’s quite good enough to recommend to everyone, but if you’re in the mood for a simple classic-style RPG, you’ll probably be happy with this one. 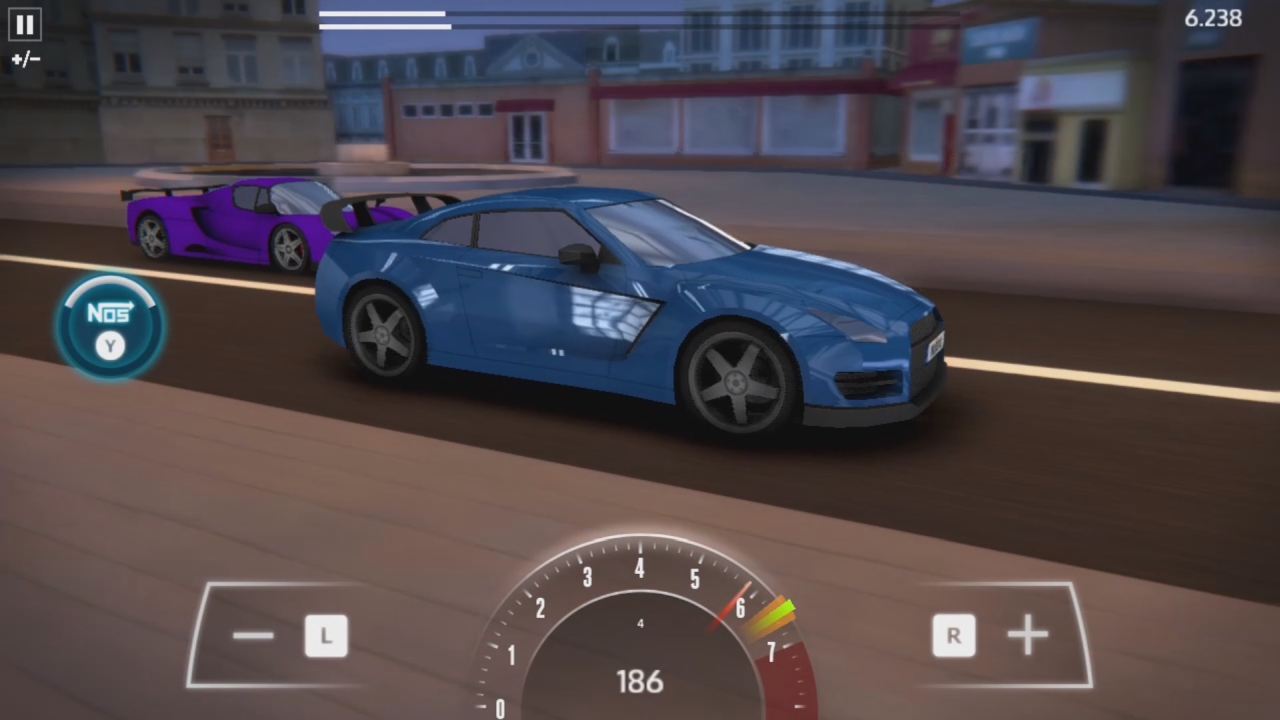 Okay, we all know CSR Racing around here, right? I mean, it’s not the kind of thing TouchArcade goes out of its way to cover, but it’s a big enough deal on mobile that we all know how it works. Okay then. This is pretty much a copy of CSR Racing. It’s got the same kind of gameplay where you aren’t steering so much as choosing when to shift gears or whatever. Except instead of amazing graphics and a huge selection of real cars, this game gives you 17 original cars and visuals that I think would be best described as “decent”. Race against 25 rivals, upgrading as you go in order to make sure you have what you need to beat the next one. Well, at least there are no IAPs. 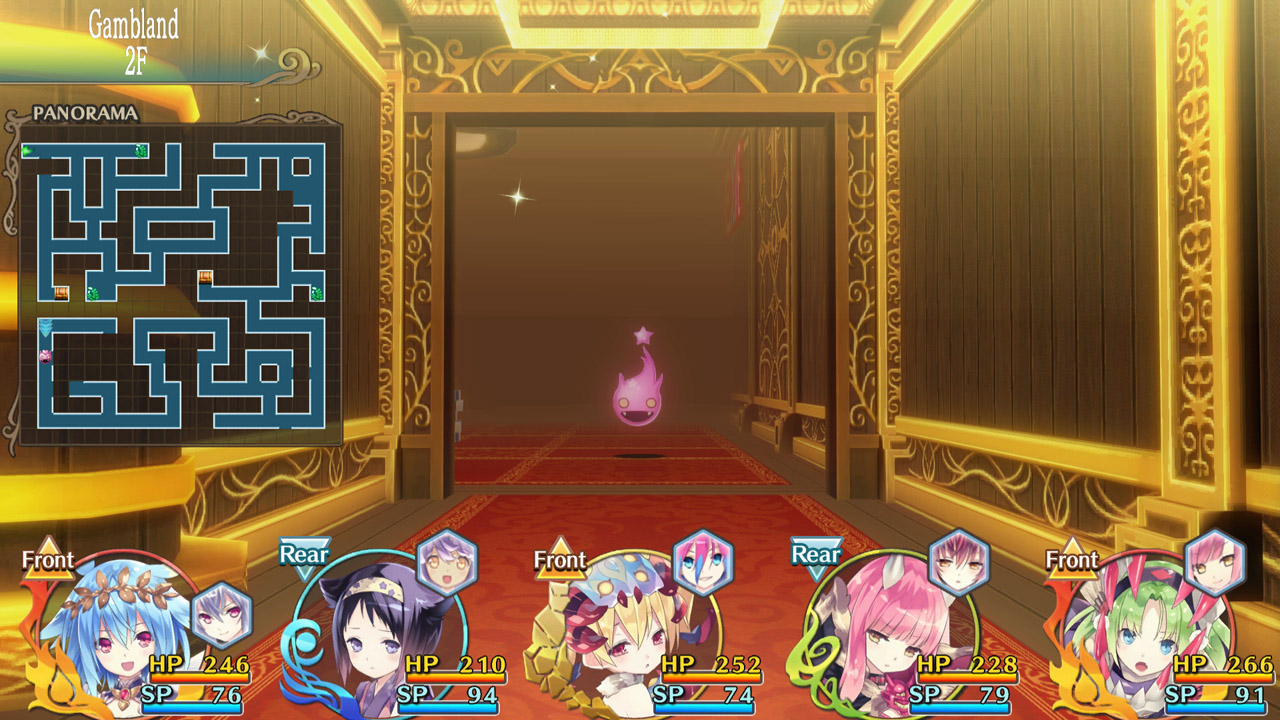 There are enough games in this series now on Switch that you probably get the gist. Enter into first-person dungeons to battle and recruit a menagerie of cute monster girls. Convince them to join your side, then mix and match bras and panties to customize their looks. This “Hyper” version includes all of the DLC from the previous version of the game, so you don’t have to buy anything else to get the full experience. Yes, there is an awkward rubbing mini-game. There’s also a shoot-em-up mini-game you can use to access extra dungeons inside the monster girls. Well, that’s a sentence I got paid to type. Personally I find the gameplay mechanics in these games a bit wanting, but that’s not really what they’re about, is it?

As always, there will probably be a bunch more sales up by the time you read this. We’ll catch up on them tomorrow, as usual. For today, we’ve got some new deals on a few KEMCO games along with some nice discounts on some licensed stuff and those cute Desktop Sports games. As for the outbox, that great sale on Furi is coming to an end. So is the latest sale on several PQube games, so do stock up if you need your anime girl fix. 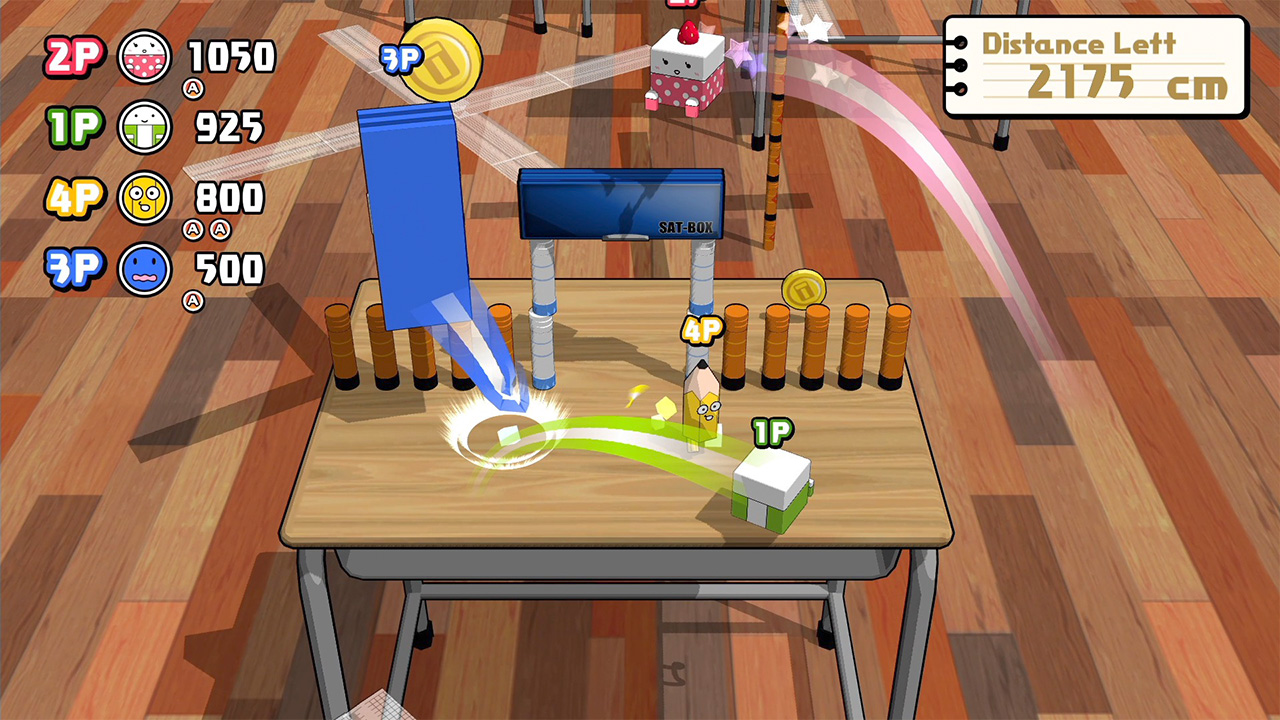 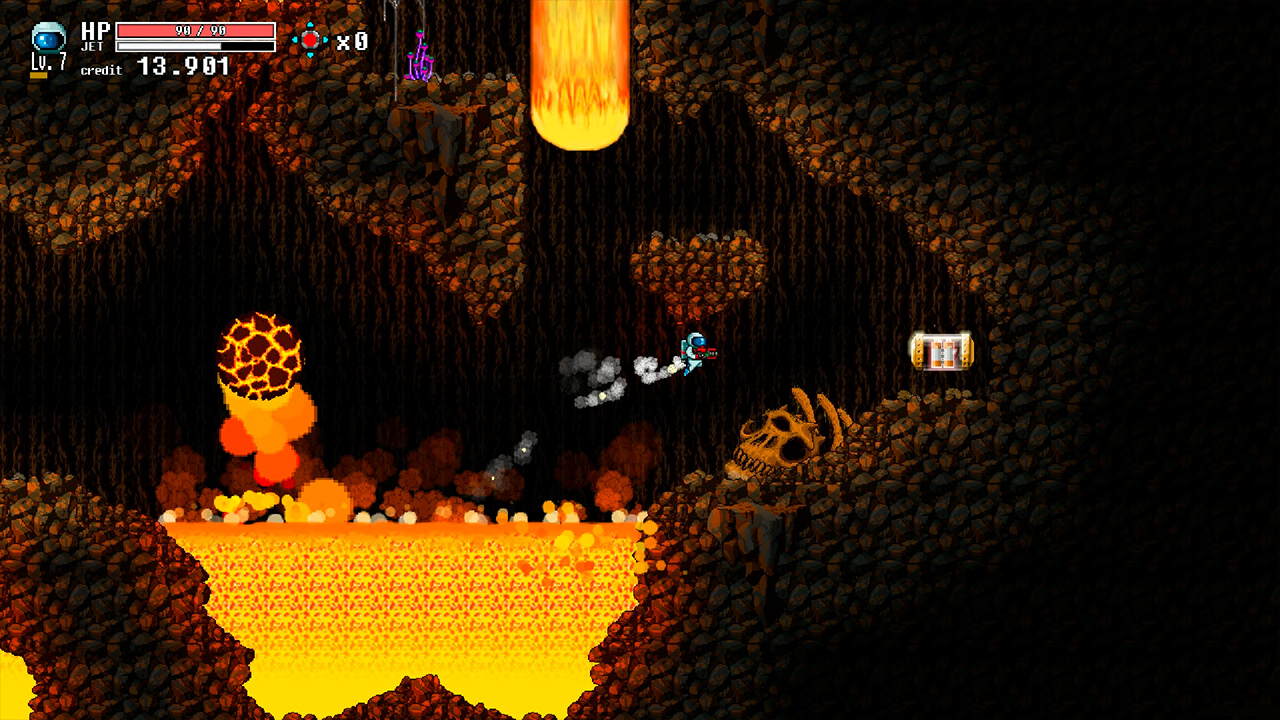 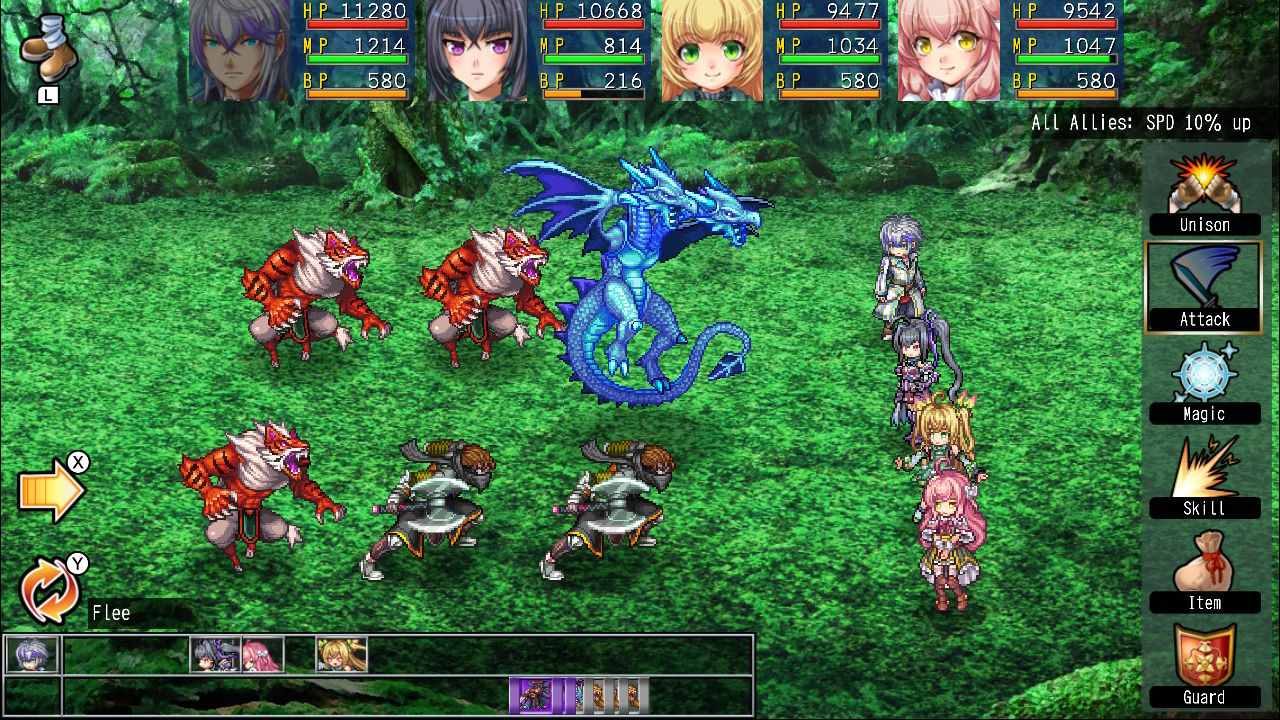 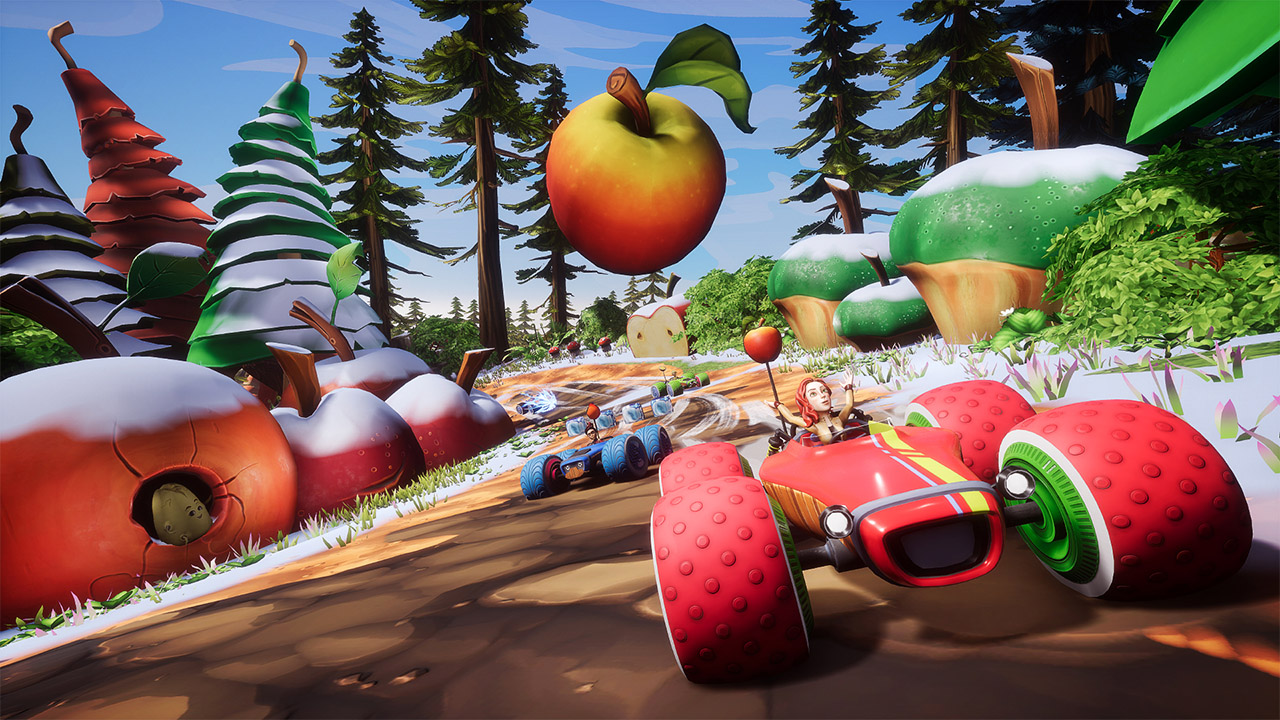 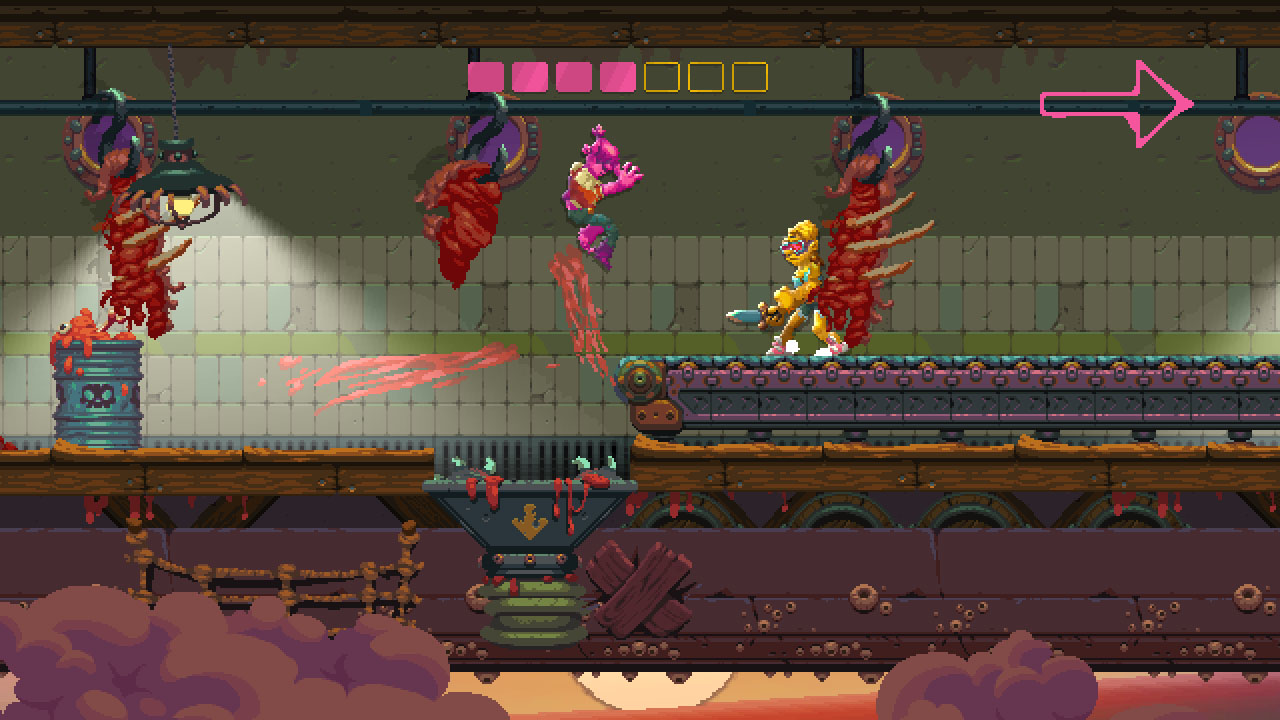 That’s all for today, friends. Or at least, that’s all that the Shaun of several hours before you read this can write about. We’ll have lots of exciting things to discuss tomorrow, no doubt, along with the usual new releases and sales lists. I hope you all have a fine Thursday, and as always, thanks for reading!