The Top Five League of Legends Players In 2020

Who proved themselves as the best LoL players in the world this year?

With the 2020 League of Legends season at its end, fans have a lot to look back on from the past year. Teams triumphed all over the world, even in the face of a global pandemic that shook the leagues to their cores. Throughout all of this, a few players stood out from the rest and truly showcased their prowess in the game. Today, we’re giving them the recognition they deserve as the top five League of Legends players of 2020.

And the first player to be recognized is Zhuo “knight” Ding. As the mid laner for Top Esports, Knight is among the most elite Chinese players and is in the conversation for the best mid laner in the world. Of course, it’s no surprise then that he’s named among the top five players in the world. Knight plays arguably one of the most influential roles and excels at it, all the while being simply an insane player. He has the mechanics. He has a wide champion pool. And he has the smarts to bring it all together in one unstoppable package.

Honestly, if things turned out differently for Top this year, Knight may very well have taken the first spot on this list. He and the team had a fantastic Summer Split, taking first place at the end of the regular season. After that, TES went on to beat future World Champions Suning in 3-0 fashion and the other top team in the region, JD Gaming. With this, Top won the entire split in an exciting Finals match and went into the 2020 World Championship as tournament favorites. Their run went quite well in the beginning. But they ended up falling to Suning and not making the Finals.

Throughout all of this, Knight was Top’s shining star. Even people who didn’t follow the LPL knew Knight’s name. Though Yu “JackeyLove” Wen-Bo was great as well and is an honorable mention, Knight always performed at the highest level. There is no doubt he’s among the best right now. Moving into 2021, many eyes will be on him to have another spectacular season. 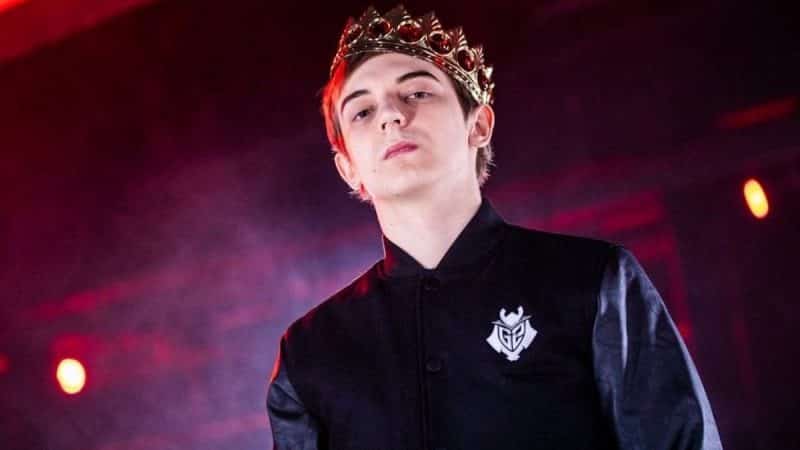 Taking the number four spot is G2’s star mid laner, Rasmus “Caps” Borregaard Winther. Regularly hailed as the best mid laner and EU and in contention for the best Western player of all-time, it’s impossible for Caps not to make the cut. Year after year, Caps puts up superstar splits and tournaments, showing his prowess through every trial thrown at him. Seeing as he’s a two-time Worlds Finalist, this is no shock.

Despite G2 attempting the Caps-Perkz role swap in the Spring Split that many criticized, the squad still won the split together. During this time, Caps didn’t seem all too comfortable in the ADC role, but wasn’t a detriment to his team and did what he had to do. But once the two swapped back, so that Caps was mid and Perkz was ADC, Caps entered the Summer Split with a vengeance.

In the later half of 2020, Caps was definitely the best performer on G2. He played a host of mages in the Summer Split, while showcasing his skill on assassins more at Worlds. Throughout all of this, Caps was in control of his mid lane kingdom and the squad’s most consistent carry. Even when his team was having difficulties, Caps was there to pick up the slack. Perkz, in particular, who was praised so much in 2019, struggled at certain points. Fortunately, he could almost always rely on Caps to help him out.

G2 Esports fell to Damwon Gaming in the Semifinals of Worlds 2020, meaning they missed out on an appearance in the Finals. However, they still outpaced any other Western team. Caps was the team’s driving force throughout the LEC Summer Split and Worlds 2020, so he definitely deserves praise for all he’s done this year. 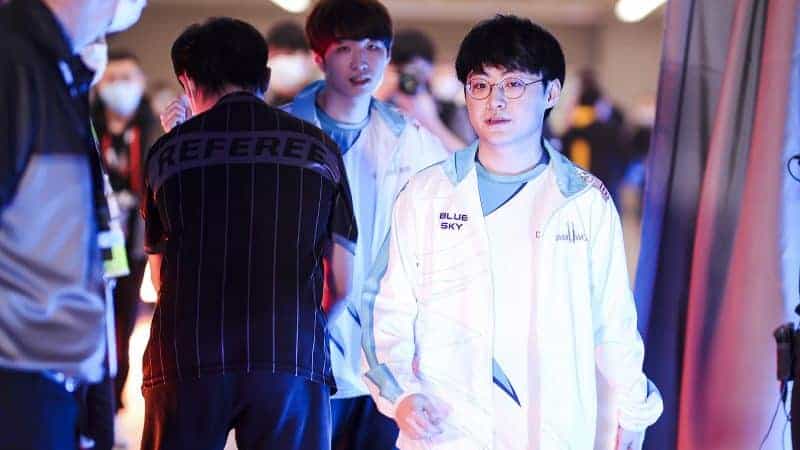 Third up on the list in none other than Damwon Gaming’s Heo “ShowMaker” Su. A legendary mid laner in his own right, ShowMaker has become synonymous with the Damwon organization and a player to be feared. No matter what, he’ll push his opponent’s limits to the max with proficient counterpicks, immaculate laning and strong roaming ability. Very often this season, ShowMaker linked up with jungler Canyon to make plays all around the map. These two had great synergy in skirmishes and in the all-important 2v2’s, and this was a massive source of strength for the squad. With these two working together, they translated leads effortlessly to other lanes to snowball the game further and further ahead.

This year, Damwon brought the Summoner’s Cup back to Korea after China’s two-year possession. They started it off domestically, only dropping a few games overall while absolutely dominating the league and easily winning the split. After that, they went on to Worlds 2020 as favorites and showed why. Again, they managed to lose very few games as they toppled team after team on their way to the Finals. Finally, they matched up against Suning. Even though Suning put up a respectable fight, they couldn’t withstand the weight of the Korean giants and Damwon claimed ultimate victory.

ShowMaker was absolutely a major reason for the team’s utter dominance, with mechanics and decision-making that is unmatched by nearly every other mid laner across the globe. In addition, he maintained a consistently high level of performance that even some of his other teammates couldn’t quite manage at times. Despite this, as we’ll see later on, there might be one other Damwon player that stole the spotlight… 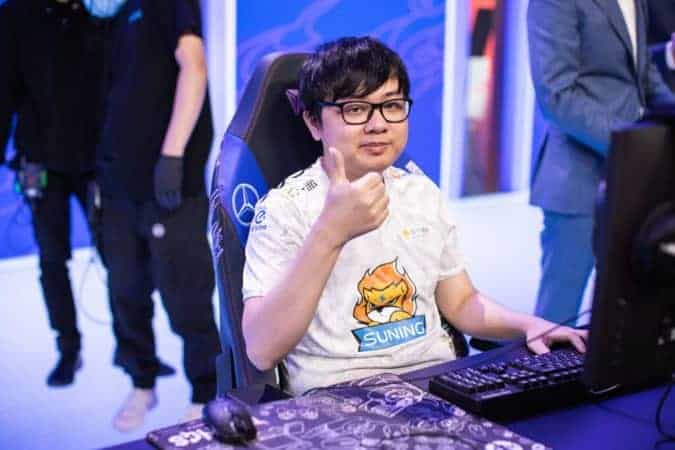 Nearing the top of our top five LoL players of 2020 is Suning’s jungler, Lê “SofM” Quang Duy. It’s hard not to be compelled to his and Suning’s story from this year. When they first got together in the LPL Spring Split, things didn’t look great. In fact, the team ended in 11th place and looked mediocre. Then Summer Split rolled around, and despite expectations being low, Suning showed tremendous growth. They went from mediocrity to a top-four team in a matter of weeks. Then, they went on to take third place in playoffs. Even with this though, Suning was still seen as a step below JD Gaming and Top Esports.

But then Worlds happened. Suning started off in Group A, taking down G2 Esports to claim first seed moving into Quarterfinals. After that, SofM and Suning won two amazing upset victories against JDG and TES, both of whom were thought to be simply better than Suning. Finally, the rising Chinese underdogs had to fight the final boss, Damwon Gaming. As mentioned before, they put up quite a fight, something that most other teams DWG faced couldn’t say.

Through all of this, Suning grew a new following with fans from around the world. But where does SofM fit into all of this success? Right in the middle of it. He’s a phenomenal jungler with a willingness to sacrifice his own gains for the team. SofM is short for “Style of Me”, and it’s a fitting name for him. With builds like tank Lee Sin, he brings unique adaptations to his game. Similar to other proficient junglers, he hosts an array of carry-oriented junglers he can take over games with himself. SofM was a great boon for Suning this year and it’ll be exciting to watch his career develop. 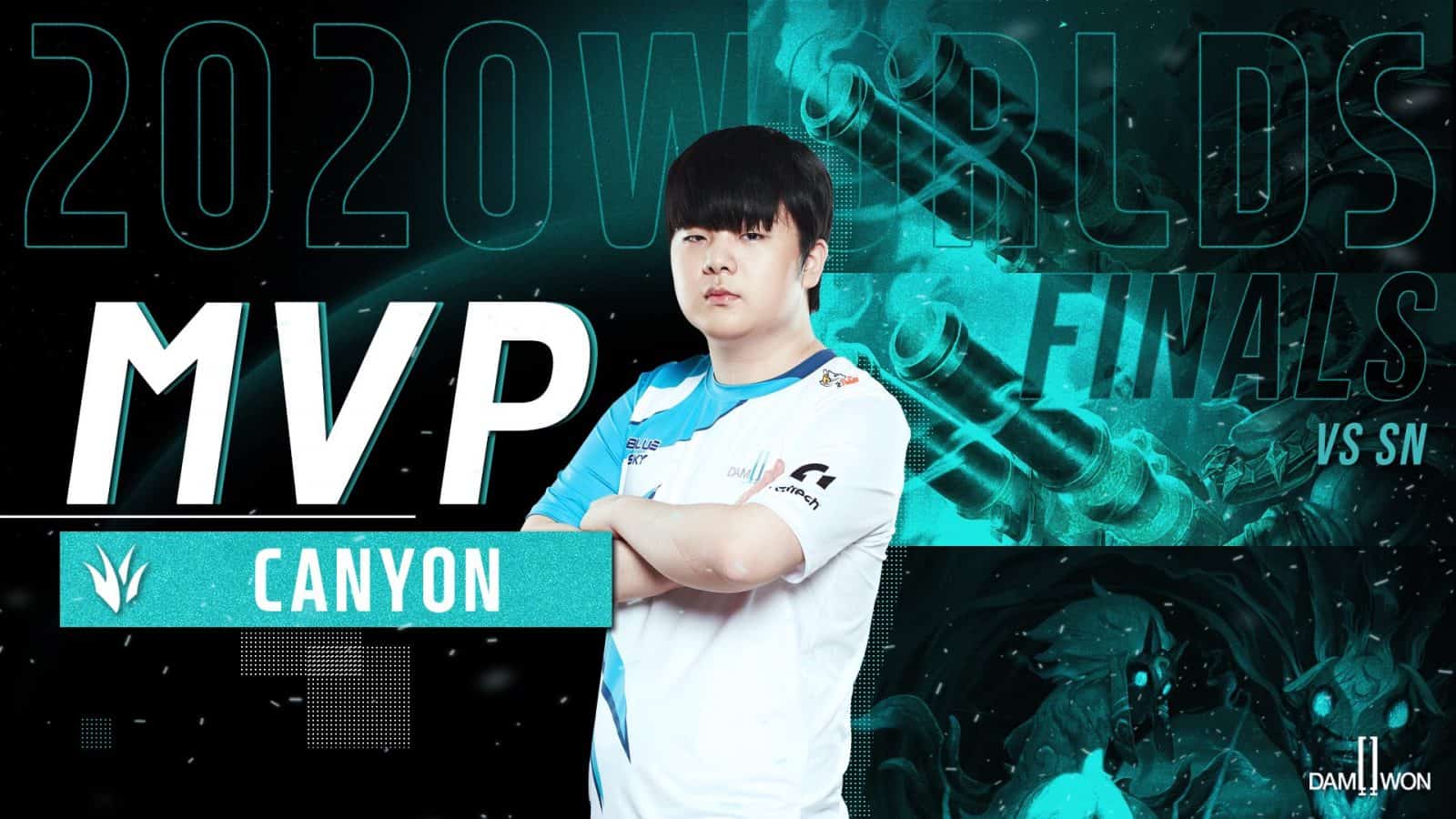 Without a doubt, the #1 spot on this list belongs to Kim “Canyon” Geon-bu. As a World Champion and the MVP of the Finals series against Suning, Canyon proved himself as the best player in the world this year. His skillful jungle performances were crucial for Damwon Gaming’s success in the LCK Summer Split and at Worlds. Even on a team full of incredible carry players, he stood out with impressive games on carry-oriented champions like Graves and Kindred. When needed, he easily flexed over to tankier picks like Sett too. But most of the time that wasn’t even needed as it was clear he could perform on any pick.

Now, many people most associate Damwon Gaming with its solo laners, Showmaker and Nuguri. In more recent history though, Canyon stole the spotlight away from these two. Truthfully, Canyon always had a lot to work with, seeing as he has all top-tier players on his team, but he had a great deal of responsibility too because of that. Especially when considering Nuguri’s limit-pushing playstyle and tendency to get ganked. When Nuguri was put in bad situations, Canyon knew when to play around him, or when to trade on the opposite side of the map to gain leads elsewhere. No matter what the situation, he seemed to always be one step ahead of his enemies.

Overall, it’s hard to single out one player that had more of an impact on his team more than Canyon did. Sure, SofM comes close. However, Canyon was on the far-and-away best team in the world this year and perhaps their biggest carry. LCK Summer Champion, World Champion, World Finals MVP and the best player of 2020. It’s been quite a year for Canyon and he’ll have huge expectations on him for 2021 and beyond.