Apple Arcade feels like it has been firing on all cylinders as of late, and while full fat brand new original titles have been a bit scarce there has been a flurry of cool updates to existing games as well as some major classics getting their second chance in the sun as “+” versions, most recently INKS.+ and Leo’s Fortune+ arriving a couple of weeks back. Well today (and last week, actually) a number of interesting new titles have shown their faces in the Coming Soon section of Apple Arcade. Let’s check ’em out!

Ultimate Rivals: The Court – [Forum Thread] – This is the follow-up to the arcade hockey game Ultimate Rivals: The Rink which surprise launched during The Game Awards back in December of 2019. The Ultimate Rivals franchise is all about mixing together stars from the various professional sports leagues, like the NHL, NBA, WNBA, NFL, MLB, and US Women’s National Soccer Team. While The Rink brought an exciting brand of arcade hockey to the mix, The Court is doing the same crossover thing but with arcade-style basketball with heavy NBA Jam vibes. All signs point to this one launching on Apple Arcade this Friday.

Super Stickman Golf 3+ – [Forum Thread] – Did you know it was 5 years ago today that Noodlecake launched Super Stickman Golf 3? That blows my mind. Anyway, the series that had become a viral sensation was in the works for a long time prior to its 2016 release, and interestingly enough the game was designed from the start as a premium game like its predecessors. However, market conditions dictated that Noodlecake rejigger the whole thing to be free to play in the eleventh hour. Now with the game’s re-release on Apple Arcade all of the IAP stuff has been removed and the resulting experience is more in line with what Noodlecake had been planning originally. If the App Store’s meta data is to be believed, this one should be launching at the end of the month. 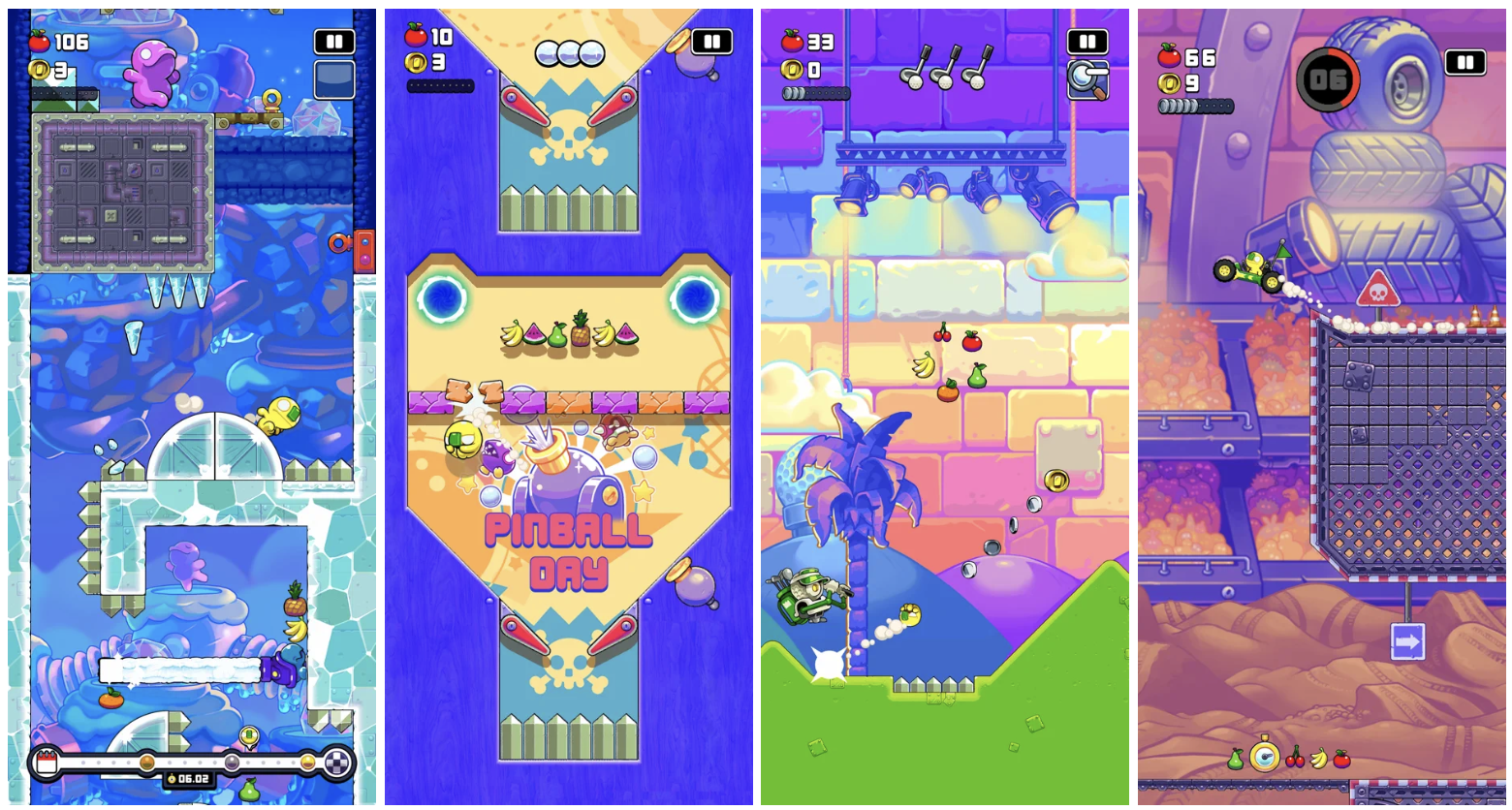 Super Leap Day – [Forum Thread] – Speaking of games that are 5 years old, Nitrome’s Leap Day launched way back in 2016 as well, and is near and dear to my heart because I obsessively played it every day for months and months on end. That was sort of its thing though: It’s a platformer that offered a brand new level each and every day, and it has done so consistently for more than 5 years now. That’s almost 2000 levels! Anyway, today Nitrome has unveiled Super Leap Day for Apple Arcade, and it looks like it’s going to continue doing the “new level every day” thing but way bigger and badder than before. That includes new environments, new hazards, new enemies, new game types (more than just vertical levels, it seems?), and tons of new “contestants” to play as. I am STOKED for this. Looks like this one might not launch until October, which is a ways out, but as we’ve learned these release dates are always subject to change.

Detonation Racing – [Forum Thread] – This one actually showed up in the Coming Soon section of Apple Arcade last week, but since we haven’t talked about it yet I’m just lumping it in with all of today’s new arrivals. If you watch the above trailer then you’ll very likely make the connection that Detonation Racing has the same vibe going on as the cult classic racing game Split/Second, and since that game’s sequel sadly never came to be I’m not at all mad at having a spiritual sequel or homage or whatever you want to call this. VERY curious to see how this one turns out when it launches, and to see if it ends up on other platforms or remains an Apple Arcade exclusive. This one seems to be pegged for July 30th along with Super Stickman Golf, so we’ll see if that holds true.