Creating Amnesia: Rebirth we wanted to make sure that it retained as much of the feel of the original Amnesia: The Dark Descent as possible. At the same time we wanted Rebirth to feel like a fresh experience, and to make use of the expertise gained over the past ten years since the first game was released.

Thinking about gameplay systems is a bit different in a horror game compared to other genres. Instead of trying to make things more fun, you want them to increase the game’s immersive aspects. Just like a driving game will spend a lot of effort to simulate the experience of driving a real car, we want to simulate the player being the lead character in a horror book or movie.

In our case, we try to simulate Gothic horror, especially of the type from masters like Poe, Stoker, and Lovecraft. These stories usually involve vulnerable protagonists exploring unsettling environments and confronting all sorts of disturbing stuff. So when trying to simulate these sorts of narratives, you want to have systems that support that.

The original Amnesia had a bunch of features that aimed to do just this. While these worked well ten years ago, we couldn’t just use them directly. So we had to dig into each system and see how we could make the game better at simulating Gothic horror.

One is the ability to light various things. In The Dark Descent, the player collects tinderboxes and can then use these to light torches, candles, and so forth. Being able to light up a dark environment like this is essential to get the feel of exploring an unknown and creepy locale. However, there were lots of issues with bringing the old system into Rebirth. For one, we couldn’t use tinderboxes as they no longer fit with the period the game takes place in (1930s) and it always felt a bit odd to just light candles by clicking on them.

The solution we eventually ended up with was to have matches that the player needed to light before using them on a candle or lamp. This allows the player to light many nearby light sources at the same time, and also lets the matches serve as an additional light source. This might seem like a slight change but it comes with a lot of benefits.

For instance, when you are in a dark tunnel, players need to choose whether to use their precious matches in order to easier find your way or save it for a light source further ahead. Matches will also blow out faster if you move quickly, so the player is forced to slow down and think hard about their next move. A match might also go out at the wrong moment – just when you hear menacing footsteps approaching. This also allows us to simulate, without using scripted events, the player lighting a match only to stand face to face with some sort of horrible creature. A moment straight out of a Poe story, but all built by dynamic gameplay. 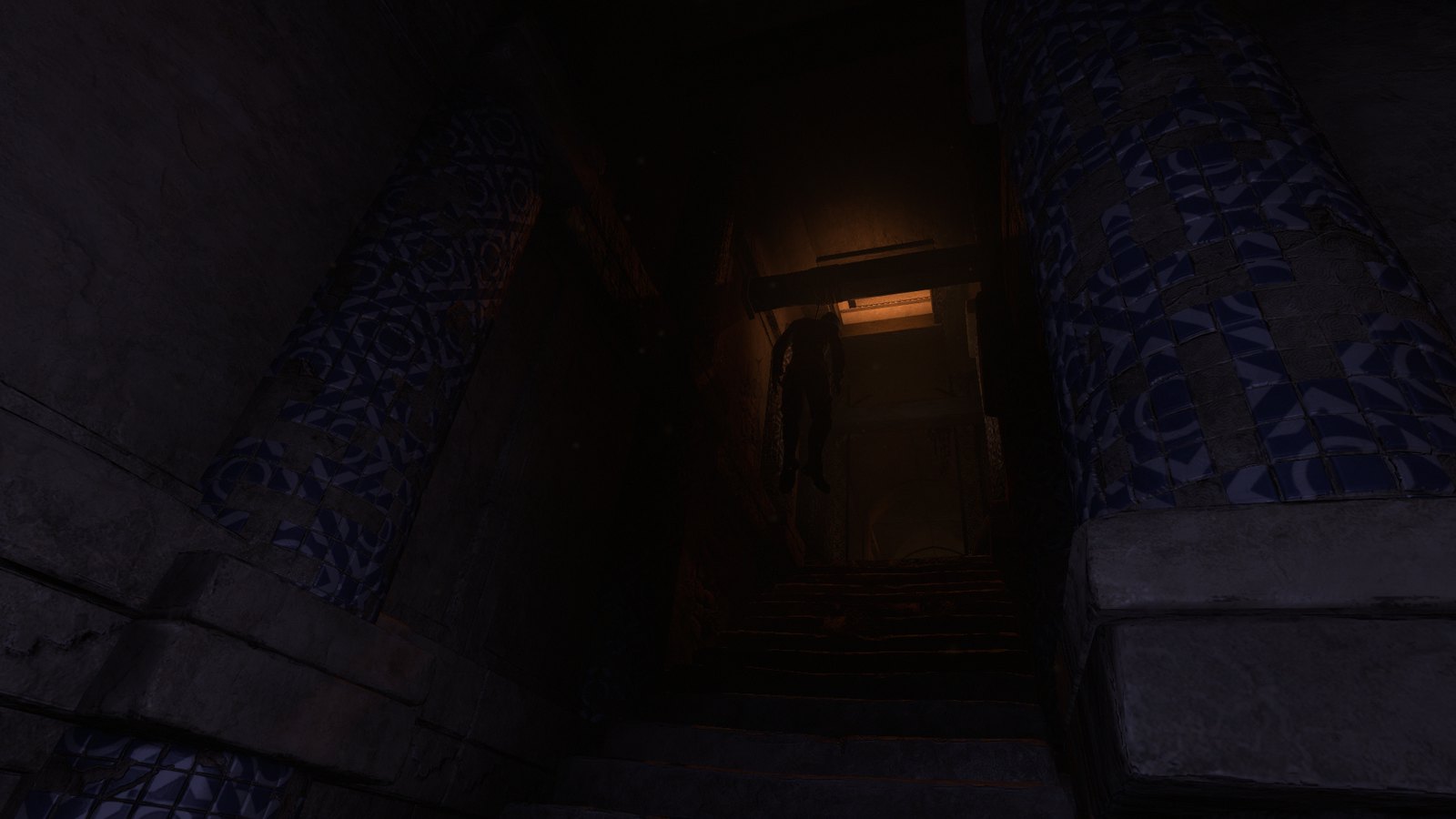 This brings us to the next system, which is The Dark Descent’s sanity system. In the original game it worked so that darkness and certain sights made your sanity go down and if it went too low, you collapsed and attracted any nearby monster. The idea was to emulate the

Gothic tradition of characters being driven mad the further they went into an unfolding mystery.

When reimplementing this for Rebirth, the major updates were not just on a systemic level, but also on a narrative one. While we did a lot of tweaks in order for the whole system to be more reactive, the major change was how it affected the player. Having some generic idea of ‘sanity’ that got lower also felt a bit simplistic to us. In Rebirth, the protagonist Tasi is afflicted by a mysterious disease, which is all part of the story. The more afraid Tasi becomes, from darkness or terrifying sights, the worse the symptoms get. This means that we now give players a much more visceral reason to care about the fear.

This draws on a lesson from creating our previous game, SOMA. Here, the main focus of the game was to explore consciousness and what it means to be human. This is not really something that can be done via moment-to-moment gameplay. Instead, we had to let this slowly brew over hours of the game experience. Designing SOMA like this was a major gamble for us. We didn’t know if it would work, and since it required so much of the game to be completed to test, iteration times were long and frustrating. Luckily it paid off, and it gave us the confidence to do something similar in Rebirth.

Tasi’s worsening condition is something that unfolds over time. In order to make sure it hits home we weave in some core narrative motivation into it. I am afraid I cannot go into what this part of the story is, as it is something we want to keep secret until release. But it is something we hope to be just as impactful as the mind swapping was in SOMA, if not more so.

Another aspect of The Dark Descent in dire need of update was the failure system. An important lesson learned from our early Penumbra games was that forcing the player to repeat the same section of the game over and over greatly reduced their fear. Repetition and frustration took players out of their immersion, replacing fantasies of real monsters with abstract notions of the gameplay system.

The Dark Descent approached this in the following way: if the player was taken down by a monster, players didn’t have to do a traditional restart. Instead they were teleported back a bit, and something changed in the environment. Sometimes a new monster appeared, sometimes it was replaced by another scare, and sometimes no threat was left. This removed frustration, avoided repetition, and worked well. That is, as long as the player didn’t catch on to how the system worked. When they did, they could easily bypass any hurdle by simply running straight at it many times.

We knew we had to make some changes to this. The solution was to tie it into the fear system. If Tasi becomes too frightened, her affliction will take a harsh turn for the worse. There will be very visible changes to her appearance, and worse still, it will have immense narrative significance. If the affliction goes too far, not only will it threaten the life of herself, but also of her loved ones.

The whole fear system has now gone from being a gimmicky addition to being an integral part of the whole story. It really helped us to simulate a looming sense of dread and to capture that feel of character’s descent down a spiral of despair.

Finally, I want to note how all of this adds up into a coherent whole. As pleased as we were with SOMA, we never felt that the gameplay closely supported our overall narrative. This was something we wanted to do better. In Amnesia: Rebirth the narrative is supported on everything from the moment-to-moment system to the higher level narrative.

It is hard to describe the feeling of all of this coming together. The best way to find out is to give the game a go when it hits PS4 on October 20, and take a chance to live through a horror novel from within.