Why Fans Are Excited After Destiny 2: The Witch Queen Old Chicago Teaser

Earlier this month, Bungie teased a new piece of artwork for a future Destiny 2 expansion with The Witch Queen. Though a small image, it set the Guardian community alight with excitement over the implications that we’re heading to Old Chicago. So what is Old Chicago, and why are players hyped about its return? Let’s break it down.

First things first, let’s look at the render itself. You can see a few small tweaks to the Hunter helmet in the below image, changes seen from the previous tease in earlier concept art. You can also see the luscious backdrop behind the focal character. While it could be argued that the backdrop looks like it could potentially be EDZ or Nessus, most players are pretty convinced that this means we’re going back to Old Chicago to the swamplands. The swamps of Old Chicago have been mentioned in the past through the series’ evolving lore, but it’s never been a physical place that Guardians could visit. But that could be changing. 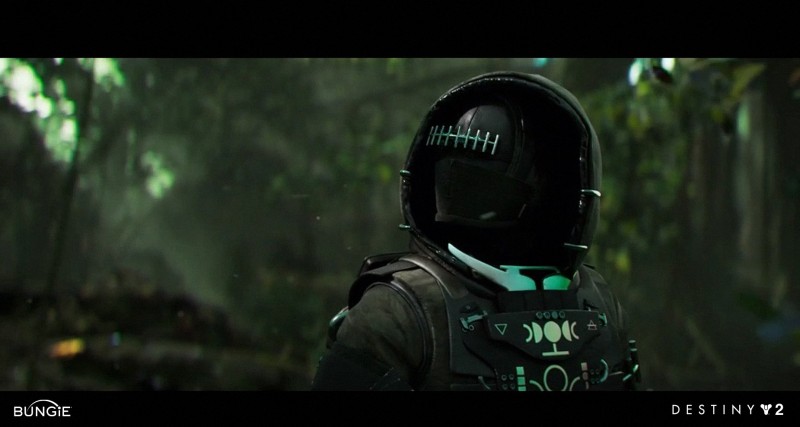 Each expansion takes players to new locations to uncover more about the universe of Light vs. Dark. With Beyond Light racing towards completion, Guardians are already looking at what’s next beyond Europa. In the image at the top of the article, you can see previous Old Chicago concept art that Bungie has revealed in the past. Note the similar environment?

Bungie has shared concept art pre-expansions in the past, concept art that never actually made it into the game. We saw it most recently with Beyond Light, and that’s not uncommon in games, but with Bungie having referenced it several times both in lore and in artwork, it looks like this could be the next step for our Guardians. With the creepy backdrop, this makes the recent grab of a former Resident Evil Village developer to work over at Bungie on Destiny 2 all the more exciting when looking at potential horror elements. More so when looking back at the horror elements previously experienced with the Shadowkeep expansion.

With the previous descriptors of Old Chicago, courtesy of the studio itself, being a dark swampland, the above teaser image fits that mold perfectly. It also pairs nicely with the idea that The Witch Queen will offer a new zone, which is typical for DLC when big expansions come out. Paired with the various lore tabs (like Pyrrhic Ascent) for Old Chicago and the increase in frequency concerning those nods, I’m willing to bet that this area will play a significant role in the next step of the Destiny 2 storyline.

What is Old Chicago?

We’ve never actually been there, so we only have the lore drops to go from, but Bungie has described this swampland as an area largely littered with treasure and mystery. It’s here that Guardians that step into the swamplands are met with an enemy guarding the old secrets, secrets about an older civilization that predates the Collapse. Who are these creatures that hound Guardian footsteps? We don’t know, nor do we know what sort of danger they pose or even if they’ll make it into the game, to begin with, but it’s looking likely that we’re going to be finding out soon.

With The Witch Queen having Guardians facing against Savathun once more (especially with the song now fully infiltrating the Last City), Old Chicago would be the perfect backdrop for this evolution. Savathun is dark, manipulative, scary. A creepy and mysterious swampland? The perfect setting for this confrontation. It’s also been rumored that another subclass will be introduced, not unlike Stasis for Beyond Light. Some have mentioned a sort of decay-like power, though Bungie has not confirmed anything at this time.

What are you hoping to see from Destiny 2: The Witch Queen? Are you convinced that we’re finally heading to Old Chicago? Sound off with your thoughts in the comment section below!