Happy November, True Believers! We’re now more than two months out from launch, and it’s been an exciting and challenging journey. We’ve encountered various setbacks and obstacles on the way, but we remain committed to our mission to deliver the Avengers experience we promised to you. A big part of that, as you know, is new content — and we are so excited to kick that off with Kate Bishop, who also carries the Hawkeye mantle, as our first new Super Hero coming to Marvel’s Avengers!

Kate Bishop is a world-class archer, adept swordswoman, and master of sarcasm and snark. As Clint Barton’s protégé who, like him, possesses no superhuman powers, she boasts an impressive skillset that has her able to stand toe-to-toe with the Avengers in protecting the world — a duty that the conscientious Kate takes very seriously. Kate Bishop’s first comics appearance was in Young Avengers (2005) #1 before starring in her own series Hawkeye (2016) #1 – the latter’s cover is an inspiration for one of Kate’s in-game outfits! We wanted to stay true to what made us fall in love with her in the comics, but also tell our own story.

You’ll meet Kate as she’s searching for her former mentor, Clint Barton, in her own story operation, Marvel’s Avengers: Kate Bishop – Taking AIM. Along the way, she uncovers a huge conspiracy — time travel level huge — involving the missing Nick Fury and a terrifyingly powerful, new threat: the Super Adaptoid. She takes up the mantle of Hawkeye and joins the Avengers to get to the bottom of the mystery and save a world that doesn’t even know it’s in peril.

When we were designing Kate’s kit, it was important to us that we balance the similarities between her and Clint with her unique stylistic differences. She learned much of what she knows from him, so we wanted that to be reflected in her abilities, but it was just as important for her to have her own Heroics, Intrinsics, and Takedowns that set her apart as a fighter with which to be reckoned.

Playing as Kate means performing a battlefield dance where you’re never in one place for long. She’s equipped with repurposed AIM tech that uses quantum energy to power her rapid movements around her enemies. Her intrinsic attacks teleport her around enemies and deal increased sword damage. Her Blink skills lets her double jump, air dash, and traverse ledges via short-range teleportation. Kate can also parry enemies with Quantum Shift, which teleports her away from the attack to return and strike from behind. After all, using AIM’s own technology against them is a total Kate thing to do.

As a master archer, Kate has a wide variety of bow Skills, each with upgrades that can be unlocked. Her Razor Arrows can be fired in a rapid 3-shot ranged combo, or can be fired with perfect timing for bonus damage. You can fire multiple arrows at a time with Scatter Shot Arrows, which is handy for crowd control or for dealing damage to enemies up close. Explosive Arrows are great for staggering enemies and breaking through their defenses. Finally, her Smoke Screen Arrows do high stun damage to anything inside the cloud of smoke.

Kate’s Heroics are all her own, and we wanted to be sure that they authentically reflected her personality. Decoy is Kate’s Support Heroic: it spawns a hologram replica of her that shoots arrows of quantum energy at targets to distract them. If you want to take the deception to another level, use After Image, an upgrade that lets you swap places with the decoy, and Self-Destruct remote detonates the decoy to trigger a large burst of quantum damage. Double the trouble! Her Assault Heroic, Warp Arrow, allows her to teleport over long distances while triggering a large quantum explosion that lifts enemies into the air on her arrival. Worm Hole is an upgrade option for Warp Arrow that creates portals which allies can use to quickly teleport across the battlefield to join Kate. Quantum Overdrive is her Ultimate Heroic, which provides unlimited intrinsic energy, empowering her bow so she can fire quantum energy arrows with explosive results. We can’t wait to see how everyone customizes Kate’s kit!

And of course, Kate is deadly proficient with a sword as well; woe to anyone who underestimates her when she puts away her bow. Use her sword for a host of quick and agile sword attacks to deal with enemies that foolishly venture within her striking distance. With such a powerful arsenal of abilities and attacks at her disposal, we definitely wouldn’t want to ever be on her bad side or we’d be quivering in fear. 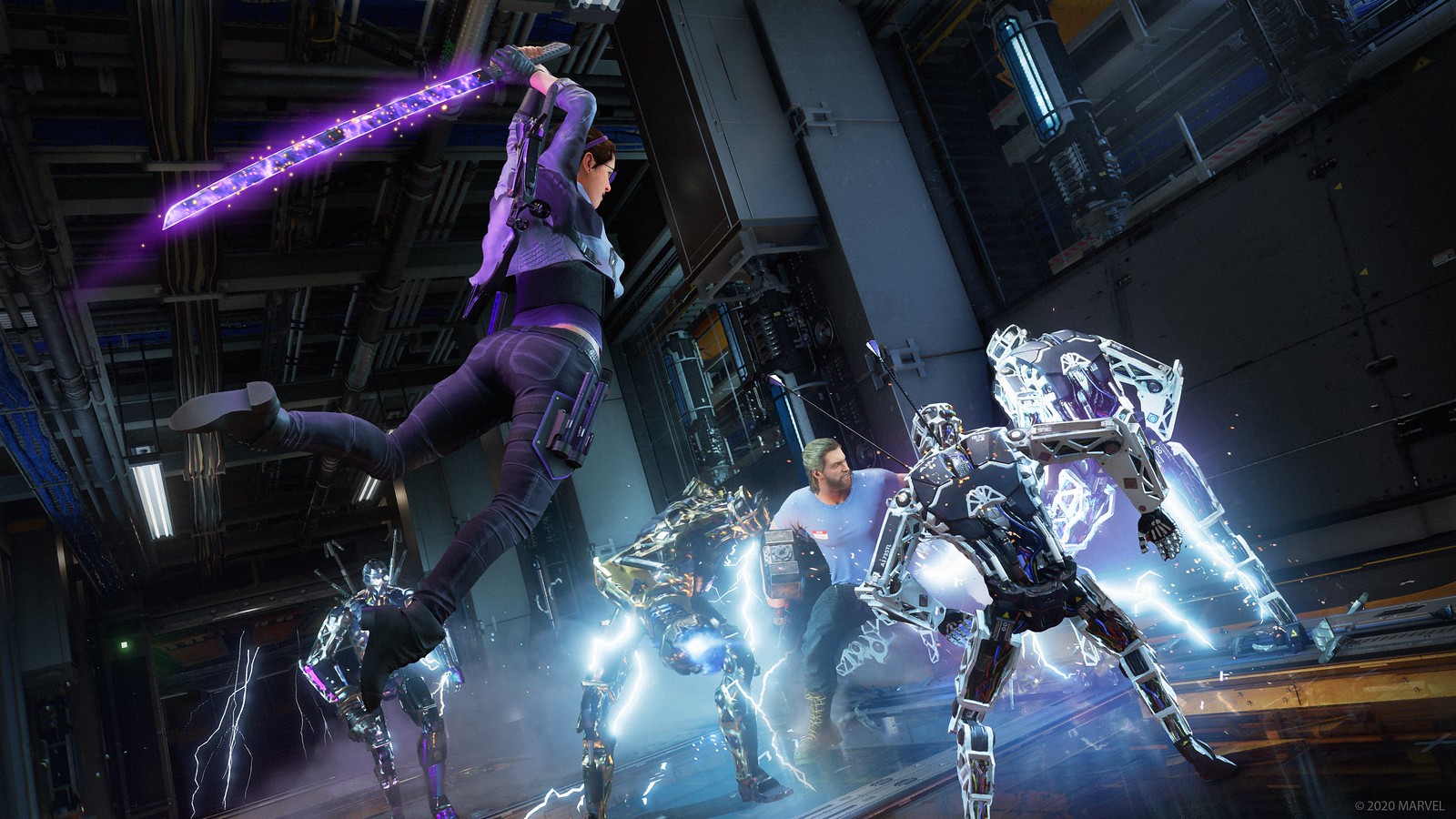 After Kate’s story comes Clint’s story, both of which are intertwined with each other and each pieces of a larger puzzle. You’ll be able to play Clint Barton in early 2021!

Kate comes to Marvel’s Avengers on December 8. We’re looking forward to seeing your digital photography, gameplay videos, reactions, builds, and feedback on her! As always, thank you for your encouragement and your suggestions — we couldn’t do it without you.