ESTNN takes you through the latest movements in Week 17 of the Overwatch League.

We break down power rankings across teams and players for the second to last time, in Week 17 of the OWL 2021 Season.

Teams: Settling into their spots before the final week of the 2021 regular season

Dramatic changes in the Power Rankings have become even more noticeable, as more teams stagnate within their ranks. While the upper and lower echelon of the leaderboard remains familiar, the teams still vying for Playoff positioning refuse to settle down.

The most glaring change on the charts this week was certainly Boston’s drop from 11th to 15th. A total of four places lost, almost halfway down the leaderboard from their previous spot. That said, it’s only a two point difference between Paris Eternal at 11th and Boston Uprising at 15th. Based solely on the Power Rankings, it’s impossible to say with confidence that Boston is now one of the bottom six teams. The real reason their new placement is actually significant, is due to their crushing 0-3 loss to the 19th ranked Vancouver Titans; followed the next day by a 1-3 loss at the hands of the previously 15th ranked Florida Mayhem.

While on the surface level it looks like the Boston Uprising have dropped in quality by quite a lot this week. Upon closer inspection, they’re still neck and neck with the four teams placed above them. Then, at the deepest level of individual games, it’s clear that Boston has a significant challenge with this meta and hero ban rotation. This could be devastating for them, considering their standings placement; the last qualifying spot for the 2021 Season Playoffs.

Another notable position change is the Chengdu Hunters making a push back into the top five. Having leapt over the San Francisco Shock and the Houston Outlaws. How did they do this? Well, they simply took two 3-1 games off of the Guangzhou Charge and New York Excelsior; two of the bottom three teams in the Eastern Conference this season. Needless to say the rankings of San Francisco, Houston, and Chengdu aren’t as clearly represented by the results this week. Their spots from 5th to 7th are almost even.

With the Dallas Fuel still towering over most of the league, and the Los Angeles Valiant looking to be one of the weakest teams in Overwatch League history, there’s still plenty of diversity between teams in the league this season.

DPS: Players holding a tight pack as they struggle to break out The top ten in the DPS rankings look to be cemented into their positions until the end of the season. While it isn’t at all surprising to see Doha and SP9RK1E of the Dallas Fuel. Or LIP and Fleta of the Shanghai Dragons, it speaks volumes about the Atlanta Reign’s DPS line seeing Pelican in the 3rd ranked spot and Edison in the 7th ranked spot.

Atlanta is in 3rd for Power Rankings. Why is this significant? Pelican, Edison, and Kai were considered to be one of the weaker DPS lines in the league by many in the first Stage of the 2021 Season. Even Kai, who has significantly less playtime than the other two DPS players of his team, is ranked 14th in the entire league. This DPS line is making a point to show that they have the same significance on their team as the rest of the Playoff contending teams’ DPS lines.

A notable mention in the top ten is Decay of the Washington Justice. Decay is a player who struggled in the middle of the season with recognizing his own impact on the team. It wrecked his self confidence; resulting in him sitting out just about an entire stage, with Jerry filling his position in their games. Now, with his team sitting in the middle of the pack, he ranks as the 8th best DPS player in the league.

Tanks: Players still trying to show their worth, fighting their way into the top ten Gator has now successfully set the Atlanta Reign Tank duo as the definitive 3rd best duo in the league. Breaking into the top ten five spaces below Hawk.

Overwatch League Caster Soe made a “bold prediction” at the beginning of the season; predicting that Mag would win Rookie of the Year for the 2021 Season. And she’s looking verified in that early pick. Mag has stabilized in the 7th rank on the charts, above every other rookie Tank in the league right now, not to mention a large percent of the veteran Tanks as well.

The fight for top ten will most likely last until this upcoming final week of regular season play, which means that there is absolutely still a chance that these ten players will change.

Supports: Alarm finds notoriety while Jesse suffers off the back of the new game plan Philadelphia’s only top ten player in any position is Alarm. After ranking insanely high early in the season, he seemed to have dropped off. Which followed the trend of the entire team; having a strong first stage and then falling off into a lower ranked Eastern Conference team. The question begs to be asked. Did Alarm struggle because of his team, or was Alarm’s poor performance a hindrance to the Fusion mid-season?

It’s known by many that the Dallas Fuel have purposefully taken their foot off the gas for the Countdown Cup. Aiming to experiment with more flexible compositions and loosen the stress that has built from each stage’s tournament bracket. Still though, most of the team stayed consistent in their position high up in the top ten. Jesse though dropped three whole places in the charts. Now the lowest ranked Dallas Fuel player per position on the starting lineup. For a team that is explicitly trying to slow up their aggressive approach to the season, a couple of points lost on the rankings chart is the least of anybody’s worries. After all, he’s still a top ten Support player league-wide.

Overall: Hanbin leads his team, the league, and the road to Playoffs Despite the slower scrim-like pace that the Dallas Fuel have decided to adapt. Hanbin continues to hold his very consistent ranking at the top of the league. 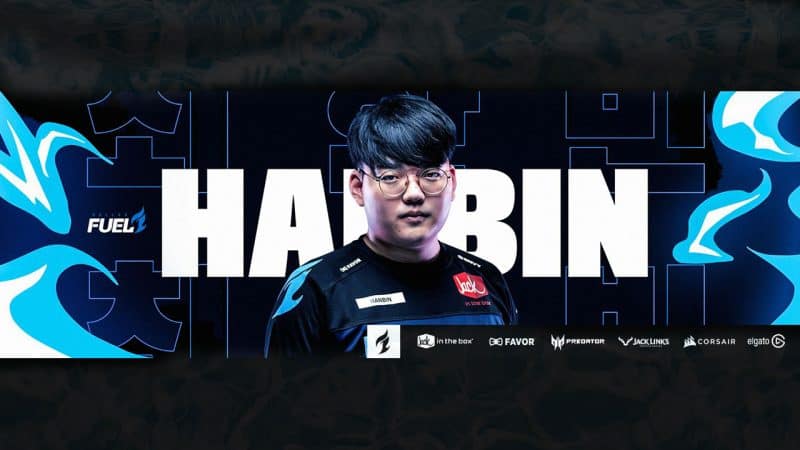 His impact for his team hasn’t been any better or worse for most of the season; which is optimal when ranked as the best player in the Overwatch League. With the final week approaching; and none of the top nine players competing this upcoming weekend, it’s just about certain that Hanbin will finish the season as the top player of the 2021 Season.