What It Would Really Take To Get Me Back Into Pokémon

The greatest trick I repeatedly pull is convincing myself I’ll play the latest Pokémon title, but then never actually doing it. Like many kids of the ‘90s, I fell in love with Game Freak’s lovable Pocket Monsters when they initially took the U.S. by storm. I lost countless hours playing Red, Blue, and Yellow multiple times, invested just as much time in the anime, and collected way too many cards. I was a certified Poké-maniac.

When Generation 2 rolled around, I was eager catch some new monsters, but a series of unfortunate events pushed me away from the series for good. First, my Game Boy Advance was stolen with my copy of Pokémon Gold inside (which I’ve never completed to this day). Then the anime let me down for the final time when Ash lost the Johto League finals even after defeating Gary, cementing Ash as a choke artist I could no longer get behind. My enthusiasm for the franchise simply vanished after that. Outside of a brief, random return with Pokémon Platinum and partaking in the beautiful phenomenon of Pokémon Go’s early days, I haven’t touched the series since. Still, I kept an ear to the ground for every subsequent release, secretly hoping for an irresistible new feature that would lure me back.

Over the years, I imagined what the series would need to do to draw me in again, but the goalposts moved every time they were met. I said I wanted an entry with full 3D graphics. Then X&Y happened, and I never touched it. I said I wanted a mainline console RPG. Then Let’s Go and Sword & Shield release – and I haven’t played them. I said an MMO would be cool. Then someone made TemTem and … well, I’ll get back to you on that when it hits consoles. The point is: What does this series really have to do to get me interested again? With the Pokémon’s 25th anniversary in full swing, I took time to really consider what it would take for me to dust off the old Pokédex one more time. 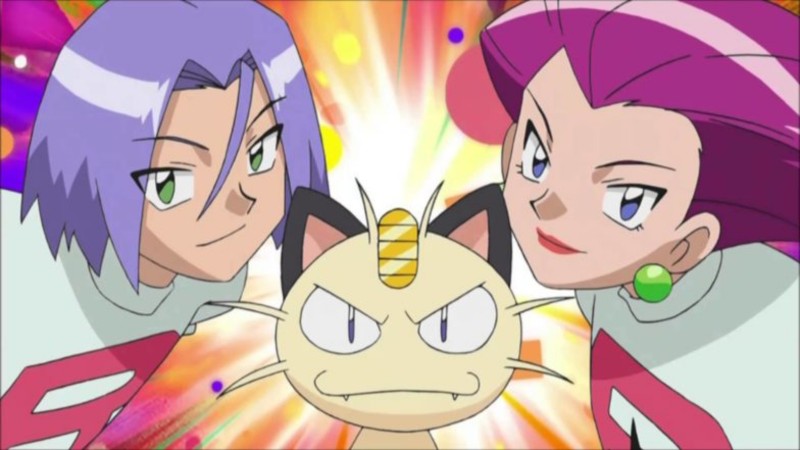 Pokémon protagonists are about as interesting as catching a Pidgey. They’re all chipper-yet-bland avatars devoid of personality outside of a love of capturing helpless critters and forcing them to fight. Give me protagonists with pizzazz, charisma, and moxie. Give me Team Rocket!

By that, I mean Jessie, James, and Meowth, the bumbling goofs who are usually the highlight of most episodes of the anime. They’re hilarious personalities that I’d love to see get a full, dedicated game. Let me try to abduct Ash’s Pikachu or, better yet, have the trio embark on their own zany adventure away from the series’ typical heroes. Games that put bad guys front and center can be a novel experience, and few villains are as entertaining or endearing as these three knuckleheads.

The Pokémon anime is bursting with strange side characters, and the games have apparently failed to fully capture that charm so far. While there are some colorful personalities, they’re typically the main or supporting cast. Many of the people you meet regularly are “cheerful lass looking to battle #3.” I’d love it if the side activities took a page from the Yakuza series and dialed the silliness all the way up.

The sub stories in Yakuza are ridiculous and endearing; they’re a delight I regularly go out of my way to seek out. If Pokémon took a similar approach (or ripped it off wholesale) by offering some truly far-out sidequests, I’d be inclined to not avoid the vision cone of every passerby I see. For example, one of my favorite quests in Yakuza: Like a Dragon involves preventing the last persimmon from falling out of a tree from a sumo wrestler, a wannabe sniper, and a high school occultist. And Yakuza is supposed to based on real-life! The humans in Pokémon share a planet with three-headed birds, sentient garbage piles, and a living mystical alphabet. The comedic gold is sitting there, waiting to be mined. 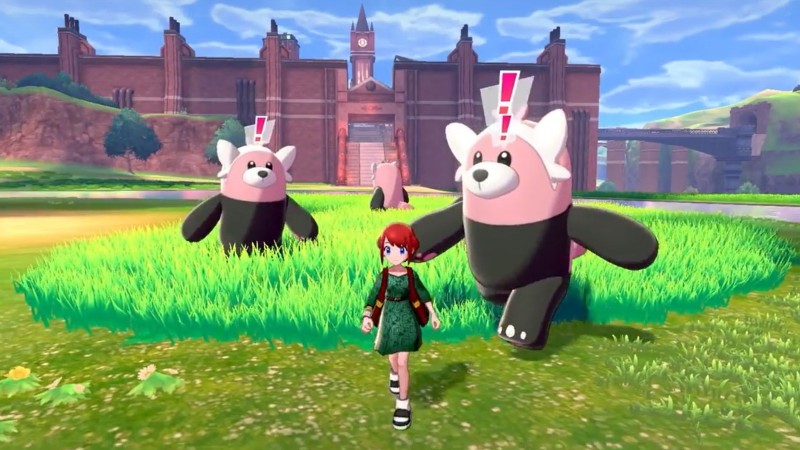 For years, Pokémon has maintained a stubborn reliance on random encounters. Sword & Shield got halfway there by having some Pokémon appear in the overworld and Wild Area, but I’ve been playing a lot of Bugsnax recently, and that game nails what I’d like to see from Pokémon going forward: a world teeming with bizarre wildlife as far as the eye can see. I want to look up and admire Ho-Oh soaring across the horizon the way Ash did in the anime’s pilot episode or feel a stronger sense of disappointment when a Rattata approaches me. Random encounters are old hat in standard RPGs, but seeing them remain a near constant in Pokémon feels more and more like a disservice to the franchise in terms of what it could do for wonder and immersion.

I grew up playing RPGs, so turn-based combat will always have a place in my heart, but I’m also ready to move on. One of the things I love most about Final Fantasy is its willingness to reinvent its battle system with each entry, and it ditched traditional turn-based combat long ago (frankly, for the better). I don’t know how you do that using the usual Pokémon template, but that’s what makes the possibilities exciting.

Maybe take a page from the Final Fantasy VII Remake playbook and blend pure action with RPG elements on the edges. Perhaps let players control Pokémon directly instead of just issuing commands to them? Having a party of six creatures with an array of unique abilities allows for some exciting ideas that feel constrained within the current, well-worn battle template. Give me something fundamentally different and you’ll not only have my curiosity, but my interest as well.

Release It As One Version 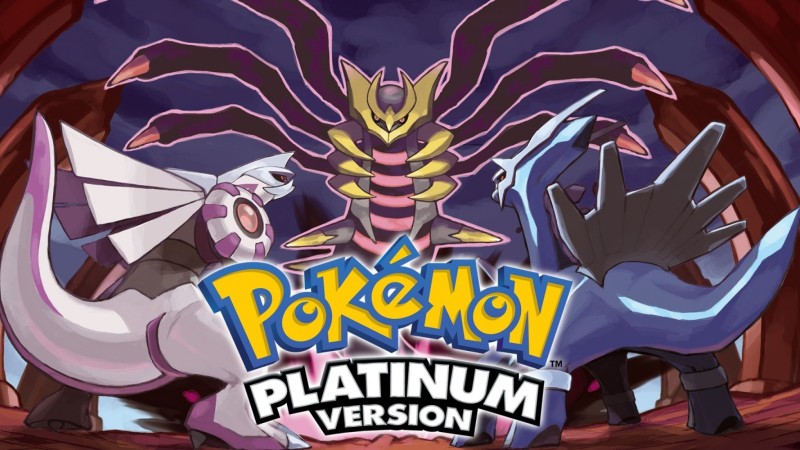 I’ve never really understood the appeal behind Pokémon’s two-version approach. Sure, it’s great for lining Game Freak and Nintendo’s pockets, but I’ve always felt a lingering anxiety with the idea of buying a game knowing some of the monsters are locked away in its counterpart. For players, what’s the actual good reason for doing this other than “Well, that’s just how it’s always been done”? Dropping another $60 for the opportunity to catch the other Legendary Pokémon stinks, as does having to do the work of trading to fill missing Pokédex entries.

It’s hard enough deciding whether or not to buy a new Pokémon game at all, so removing the added pressure of deciding which Legendary looks cooler/less silly would help me pull the trigger a lot faster.

Whether it’s the Assassin’s Creed series, Spiritfarer, or even the recently released Olija, I’m becoming more and more of a sucker for building up home bases. The mechanic can often provide a compelling incentive for collecting money and resources during exploration, plus it feels rewarding to turn a patch of dirt into a sprawling headquarters. This could apply to the Pokémon template too.

Instead of just sending extra Pokémon to Professor “Some Dumb Tree Name” what if you could build and upgrade your own Pokémon ranch of sorts? Maybe I can construct an aquarium for my water-types to hang in or maintain a ranch of Tauros like Ash had for some reason. It’d be fun in a similar manner to filling Blather’s museum in Animal Crossing. Given the various biomes Pokémon can inhabit, this HQ could get real wacky real quick in terms of its diversity, and it’d add another fun element to raising Pokémon, namely the ones you have no intention of engaging with on the battlefield.

Make The Pokémon Say Their Names! 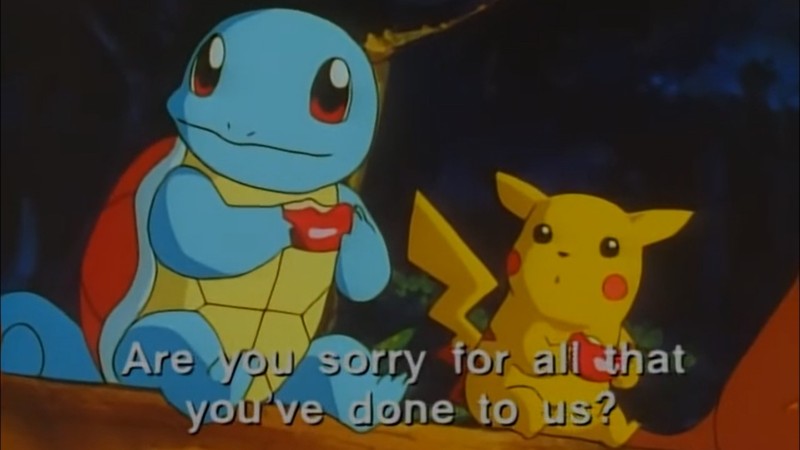 Look, I know this is minor but darn it, the fact that Pokémon don’t say their names in-game has always irrationally bugged me. I know some of the reason has to do with translation, but that’s not my problem. Plus, Pikachu gets to do it, apparently. Give me that cute Squirtle voice instead of his upsetting digital battle cry of “bla7m#fpowr7@*!!!” Be honest, wouldn’t you rather hear Charizard proudly proclaim…okay, he doesn’t actually say his name in the show (which is a whole other can of worms), but you get the idea. If not that, go all the way and just put subtitles on the Pokémon’s speech, like that one really cool episode of the anime. You know the one.

I like to think that these idea would rope me back in, but I’m not sure I can trust myself anymore so who knows. I guess Game Freak will just have to implement all of my ideas to bring me back! Because that’s what they’re focused on, of course: winning me back specifically. Anyways, if you’re a lapsed fan like me, what would it take for you to get back into the series? Let me know in the comments.